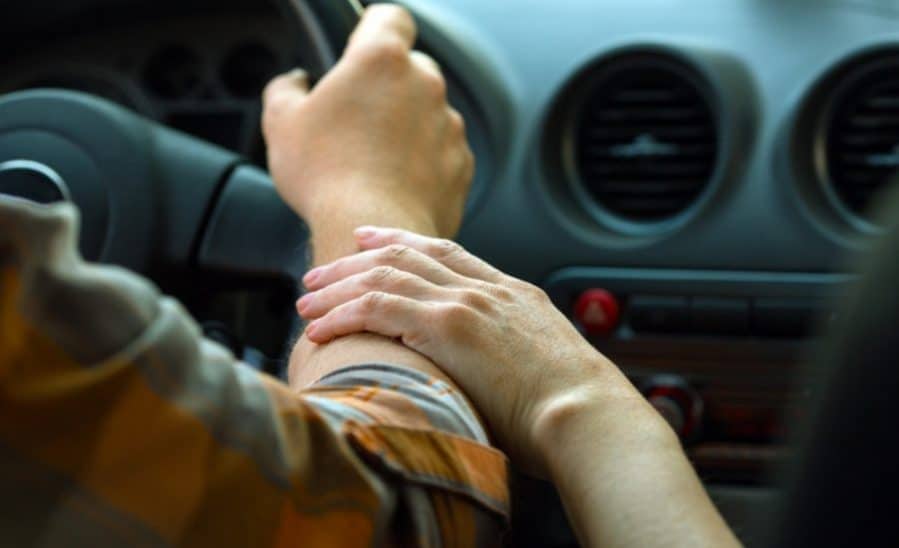 Drive, Baby, Drive: Time for my Youngest to Step on the Gas

High school graduation is in just a few days, which means we’re in a whirlwind of activity here beyond even the typical end-of-school-year stuff. Relatives are descending for graduation, our calendar is jammed with Exams (complete, for now) and Events (just ramping up) and Appointments (so. many. appointments), and in these final few days before the term is over, we are frantically laying the groundwork both for both teens to start college in a few months and summer jobs to begin. Plus—just for fun!—my daughter is graduating on Saturday and having her wisdom teeth out the following week.

We’re busy, is the point. Taking on anything non-essential at this juncture would be foolhardy.

So of course we’ve started teaching my youngest to drive. (You can laugh. I deserve it.)

Teen driving has been a hot topic here at Alpha Mom; between my own kids and questions from readers, we’ve covered informal driving tips, a customizable driving contract, the perplexing issue of teens who have no interest in driving, and then, from my personal experience, starting to teach my daughter to drive, learning about blind spots, and even baby’s first fender-bender. Chances are excellent that if you’re raising a teen, learning to drive is on your radar in some capacity.

she was excited to learn to drive, and he is mostly terrified.

For us, my daughter has now been licensed for coming up on a year. She has her own car. And because she and her brother do a lot of the same activities at school, I have enjoyed a blissful year of not having to drive everyone everywhere, which has been amazing. I can barely remember teaching her, much in the same way that the details of labor and delivery tend to fade and blur in your memory after the baby arrives. Somehow, we taught her to drive. Surely we could do the same with her brother, no problem.

Except… she was excited to learn to drive, and he is mostly terrified. “I think maybe autistic people shouldn’t drive if it’s too overwhelming for them,” he said to me once, a long while ago, probably while insisting he didn’t need to get his permit. That resulted in a long conversation about both acknowledging your challenges and refusing to let them define you, by the way. “There is absolutely no reason you can’t learn to drive,” I told him. “It will be a little scary and it may take you longer than your neurotypical peers, but you can and will do it. The more you drive, the more comfortable you get, the less overwhelming it will be. This is a life skill. This is part of making sure you can be an independent adult. Heck, if you learn to drive and hate it, you can always live somewhere with enough public transportation that you don’t have to drive, but you should have the option.” He probably rolled his eyes at me, because there are plenty of “regular teen” skills like “scoffing at Mom” he’s had no problem mastering.

Despite my many soliloquies about how great driving is (I know, right?), my son has resisted with a tenacity that’s as impressive as it is frustrating. It began with giggled proclamations of being too busy because he had to wash his cat (no, we don’t own a cat) and devolved into “I’m busy” and “do I have to?” and “maybe later.” We launched a targeted campaign, my husband and I, started a couple of months ago. We knew he’d have to be eased into it. “You will learn to drive this summer,” we would remind him. “Once you have a job, if you want transportation, you will practice driving there and back.” His protestations started to lack conviction. Seniors (read: his sister) have basically been excused from classes after his exams, so his chauffeur has been attending school either half-days or not at all; we are driving to school together in the mornings, instead. I invite him on errands, and ask if he’d like to drive. Sometimes he says no, but sometimes he says yes. The other day he wanted to pick up a friend to bring him over to our house, and he came to me and offered to drive over to his house if I would drive back.

He is tense and tentative behind the wheel, so far, while I plunge the depths of my memory to recall how I handled this with his sister. Multitasking can feel overwhelming to him, so steering/accelerating/watching his speed/scanning the road all at the same time is taxing beyond even the usual new-driver challenges. He still jumps out of the car at school every day with a victory fist pump, declaring, “I didn’t hit anything!” I assume that will stop, eventually. (I’m in no rush, because it’s sort of adorable and he is my last baby, you know.) It took three tries for him to get out of our driveway, this morning, without hitting anything, and I could see his frustration mounting as I patted his knee and said, “That’s fine, just pull up and try again. We have plenty of time.” He turns on his signal about a hundred yards before he needs to turn and if he sees a car pretty much anywhere on a road where he wants to turn, he waits. He drives like a little old man. But he drives! And this is just the beginning.

Are there a hundred other things I need to be doing right now? Of course. Would it be faster just to drive and drop him where he needs to go? Absolutely. Is adding this to the roster right at this point sensible? Probably not, but with everything being about endings and beginnings right now, and a lot of that being focused on his sister, it felt like the right time. When he starts working in another couple of weeks, he’ll be behind the wheel every day as we go there and back, and by the end of the end of the summer, he’ll have a beefed up bank account, greater confidence, and maybe even his license.

It’s all happening so fast, and also so slowly, and all at once and ready or not. I’m spending a lot more time in the passenger seat, again, and yes, it’s a little scary, but it’s good. “Look at you go!” I say, sometimes, as he manages a perfect turn or a smooth stop. I don’t know if he hears everything that’s loaded into that sentiment. Look at him go.

Look at him go.