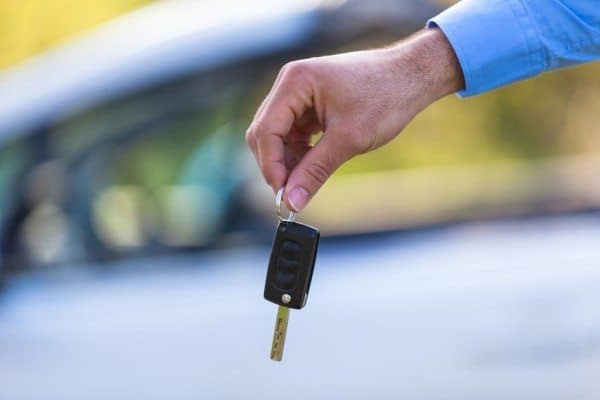 It seems like teenagers are in no hurry to learn to drive, anymore. We spent a year driving our son back and forth to school when he could’ve had his license, but didn’t, at first because we were making him wait, thinking that might motivate him to pick up some of his responsibilities in other areas. Little did we know that he had absolutely no desire to learn to drive! Finally (at our urging) he got his road time in, took Driver Ed, and finally got his license. I thought I’d be relieved, but the first time he went out on his own, I was scared to death! It feels like there’s no winning, here. But when we were kids, we all got our licenses just as soon as we could. Why is it different now (and did our parents worry as much about us, when we did)?

Ohhh, I feel you on this one. And it’s not just you or your area or the kids you know—teenagers all over are less inclined to drive than they used to be, mainly due to the Internet and smartphones. Remember begging for a ride to the mall? Today’s kids don’t go to the mall; they don’t have to, they have their own Amazon and iTunes accounts and can order whatever they need online. And long gone are the days of stretching that curly phone cord in the kitchen to the absolute limit so that you could sit on the floor around the corner and maybe not have everyone in the house hear you talking. Want to talk with a friend, now? You’ve got your smartphone, they’ve got theirs, and you’re always connected. Not only that, it’s arguably more private than even meeting in person.

In other words: the drive to drive has dissipated as digital connection has increased.

What’s more, we parents have driven our kids everywhere for their entire lives, unlike our parents (who were more likely to tell us to walk or bike or find someone else to drive us). By the time teens could drive on their own, well, it doesn’t get them anything “extra.” Why not just have us continue to provide taxi service? Sure, when we were kids, you got your license and immediately crammed twelve of your closest friends into the car and headed off to wherever, flying high on sweet, sweet freedom. With modern, revamped laws about teen drivers, a newly-license driver can’t take any underage passengers, in most states, or is allowed to drive only a single sibling. Where’s the advantage in that? (Just ask my oldest, who spent 6 months slightly-bitterly taxi-ing her younger brother around before she was legally allowed to take one unrelated passenger with her. Once she’s 18, that changes, but she’s got a few months to go.)

Now, as to whether our parents were as nervous as we are… well, I’m going to say “probably.” On the one hand, the standard lore is that the “benign neglect” of yesteryear meant parents worried less, in general, but on the other, it’s always scary when your bird flies out of the nest (especially if they fly out in a motor vehicle). But I also think that previous generations were more responsible/independent (in general) than today’s teens, so that leads me to a few closing thoughts:

Driving is a useful adult skill. Maybe you have a kid who doesn’t seem interested in driving. Maybe you’re driving him everywhere. Maybe… it’s time for a sit-down about how you’re happy to provide for your child, but once he is capable of doing for himself, the expectation is that he will. Talk about what reasonable progression towards the goal of becoming licensed would look like, and get some buy-in from your teen on participation, if you can. If this completely backfires, well, I wouldn’t have a problem wrapping up a bus schedule or a new bike helmet with a ribbon and presenting it like a wonderful gift, letting him know that your taxi days are over.

Driving is a privilege. Teens who drive should be expected to shoulder more responsibility (with great privilege comes great responsibility, dontchaknow). My daughter understood when she got her license that she’d be driving her brother around, because that was part of the family contract in terms of her having access to a car. And just because she can drive herself somewhere, doesn’t mean she always gets to, as parents still get to make some rulings over behavior as needed. All of that can be enough to deter some kids from even wanting to drive, so don’t forget to emphasize the good stuff, too! My daughter gets to stay out later, now, that we don’t need to go fetch her. And whether she realizes it or not, she does have a lot more freedom now that she is master of her own transportation.

It’s up to you to figure out the reluctance. Maybe you live in a city and very few people drive, in which case your child learning to drive is no biggie. Maybe you live way out in the country and driving is an absolute necessity to get around. At some point, you, the parent, have to assess how important it is, practically, that your teen learn to drive… and also where their resistance is coming from (and therefore how it is best conquered). Just to give you an example, my son is still pretty resistant to learning to getting behind the wheel. Where we live, it’s moderately important for him to learn, plus I happen to know that the longer he waits, the more worried he’s going to be (that’s just how he is). So I make little bargains with him along the way—I talked him into getting his permit last summer by pointing out that he needed to have his permit for a year before he would even be eligible to test for his license, but promising that I would not make him drive right away. We started the clock, as it were, but I didn’t push him into anything he wasn’t ready to do. He’s had a couple of lessons but is still very nervous. I’m not going to force him, but I do periodically remind him that once his sister leaves for college, he’ll be back on the bus (as a senior, no less) if doesn’t get his license next summer. I keep assuming it will click at some point and he’ll get down to learning in earnest. We’ll see.

One final thought—if you’re the parent of a teen who is “refusing” to get their license and you’re frustrated, don’t panic. Think of all the money you’re saving on car insurance! (Our insurance doubled when we added my daughter; adding my son may require a second mortgage.) Silver lining, my friends.