Twitter Facebook Pin It Email Article
Prev ADHD in the Dorm: What To Buy Next Help, My Teens Refuse to Study! 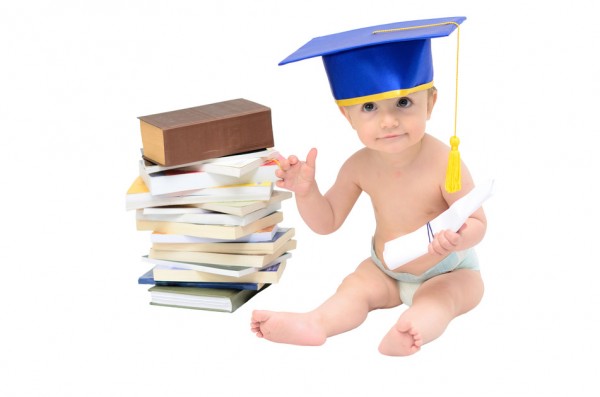 Surprise: Both My Kids Start College in the Fall

We had kind of an exciting day, yesterday. We’ve been prepping my oldest for her departure for college for months, but yesterday, her little brother was admitted to college.

More specifically, my 16-year-old son was accepted to our state’s flagship university as a Move On When Ready (MOWR) student—a program which allows students to concurrently enroll at the university and complete their high school graduation requirements. Next year, as a senior, he’ll spend his mornings on campus and his afternoons at the high school. This will allow him to begin his college experience but still be with his friends at the high school for a few classes and various extracurriculars.

When I was in high school (you know, back in the Stone Age), the options available to my kids and probably yours, today, simply didn’t exist. My high school proudly boasted a roster of AP classes… which were available only to seniors. My kids have been taking AP classes since they were high school freshmen, as their school (and many others) is using AP-level courses as their “accelerated track” for all four years, now. There was no such thing as a Career Academy, which many schools now offer, which involves gaining college credit either on a nearby dedicated public school campus or at a community college. And as far as I know, any sort of dual enrollment at a “real” university didn’t exist.

As admission to college becomes more competitive, and as educational options become more plentiful and more widely accepted—when I was growing up, homeschooling was very unusual, and nowadays it’s much more common, for example—more and more high schoolers are being encouraged to start gathering college credit as early as possible. AP courses are being offered to high school freshmen, as I mentioned. All students are being encouraged to enter “college equivalent” programs as early as their sophomore or junior years. And top students have the option to go into programs like MOWR, where they are indistinguishable from “regular” students in their university classrooms.

I’m having a bit of a love-hate relationship with the state of education today, as a result.

On the one hand: I love that there are multiple paths to academic achievement available. I love that when public school stopped being a good fit for my kid, we were able to homeschool for a few years. I love that when he started to outrun my knowledge (which happened a lot sooner than I’d like to admit…) there were online classes and qualified instructors at our disposal. I love that we were able to cobble together a tailored curriculum he loved, such that he was able to skip a grade (and that it gave him some much-needed confidence). I love that when homeschooling stopped being the best option, we were able to build a customized school experience for him as he entered our local high school. I love that once he was fully acclimated back into the public school routine, there were rigorous classes and life-enriching activities there for the taking. I love that he’s now going to have this “bridging” year of half-college, half-high school before he graduates.

But on the other hand: I hate that we as a society are forever pushing our kids to gogogo, do more, be more, be the best, work harder, race to the imaginary finish line and then don’t stop, no, keep going, there’s another finish line over there! I hate that my son’s asynchronous development means that meeting his academic needs always comes with a heaping side of anxiety about whether or not he’s being pushed beyond his socio-emotional capabilities. I hate that we talk about his advanced intellect, mostly, when we talk about the educational choices we’ve made for him over the years, and that that’s true, sure, but the bigger truth is that the main impetus for most of these choices has been the relentless bullying he has experienced over the years from some of his peers. We are not a “race to be the best” family, actually. We are a “be the best you” family… and also a family that spends a lot of time assuring our youngest that “eventually people grow up and mature and you have more choices about who to be around, and the bullying diminishes.”

My son shouldn’t have to choose what he’d like to do with his education based upon where he thinks he’ll no longer get roughed up in the bathroom or shoved in the hallways between classes. And yet, here we are.

Am I a wee bit terrified about my 16-year-old—who has a lovely safety-net of an IEP and parents to advocate for him when needed, at the high school—joining a campus of 35,000 students in August and being expected to handle everything himself? Sure. I can’t call his college professors, even if I wanted to. As an autistic student, there are certain disability accommodations the university will offer him, but 1) not as many as he can have in high school and 2) no one can address any problems which arise but him. That’s scary, for all of us.

But at the same time, am I super proud of this young man? Lord, I am so proud of him, you have no idea. Only a couple dozen kids are accepted from the local high schools as MOWR students here each year. The requirements to get in are insanely stringent. My son has worked his tail off for years and it’s nice to see that recognized. It’s great to see him feeling smart and capable, and to see him so excited about his future. We’ve come such a long, long way from that day when he crouched underneath a desk at middle school orientation and begged us to take him home.

Last night we went to an informational session which included, at the end, my son signing up for his first appointment with his college advisor. He’ll go in to see her in a few weeks to plan his class registration for the fall. As we headed back to the car, I asked him if he wanted me to go to that first meeting with him.

“I…” he paused and looked up, as he often does when he’s looking for the right words. “I feel like if you come with me, I’m likely to let you do the talking for me. I think I need to start doing it myself, here.” He paused, again. “I can do it myself. Thank you, though.”

He can do it himself. I may not love exactly how we landed here, but everything that comes before brings us to now. And now? I think he’s going to be just fine.