Twitter Facebook Pin It Email Article
Prev Tuning Into Your Kids’ Taste in Music Next We’ve Got Each Other. And That’s All That Really Matters. 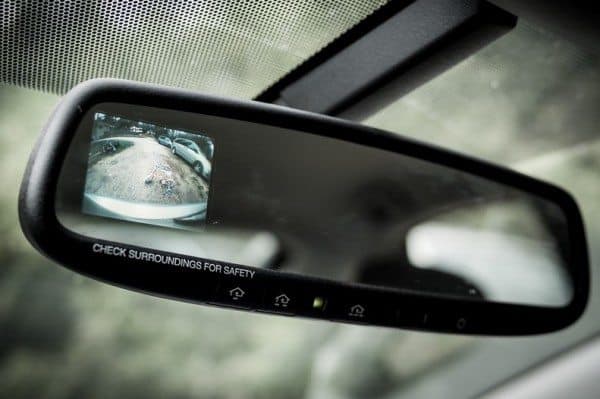 My teenage daughter has been driving now for about six months, and as the saying goes, we’ve come a long way (baby!) since she first began driving regularly.

The process has moved along in fits and starts; there were periods of time where we took a break from driving practice for reasons wholly unrelated to driving. While I never required all of the planets to be in alignment to obtain the keys to the kingdom, er, Corolla, I did deny her the seat behind the wheel when responsibilities at school or home were not met, or when it felt like her head was just not in a place where operating a motor vehicle was a good idea. These breaks were not contentious; she agreed whenever I demurred. But it meant that as her 17th birthday arrived and the end-of-the-school year appeared on the horizon, she got serious about getting her life in order and getting more time behind the wheel.

[Did I drop a few less-than-subtle incentives her way? Perhaps. We’re just a couple of months out from resuming marching band season and my oh my wouldn’t it be so convenient if she had her license so that I could just let her take my car on band days and she and her brother can get where they need to be and back home later without anyone needing to fetch them? That would be great, I bet. Hmmmm. If only she has her license by then.]

In the last month or so, we’ve buckled down. She drives everywhere. I sit in the passenger seat and marvel that I produced a whole ‘nother human long enough ago that she is now driving me around, and sometimes it’s a struggle not to break out into a raucous verse or two of “Sunrise, Sunset.” It’s weird. I mean, it’s really weird. Meanwhile, her brother has come up with just about every excuse short of “I have to stay home and shampoo my cat” (we do not own a cat) to avoid getting his permit. He’s been eligible for nearly six months and still has zero interest in learning to drive, which is fine, I guess. Once school ends, we’ll hit the DMV and at least get the permit in hand to start that one-year clock, even if he still doesn’t want to start driving.

If I had to describe my daughter to you, after all of the complimentary adjectives like “loving” and “passionate” and “funny” would come “impulsive.” Part of that is ADD, part of that is just her personality. My biggest fear, as we embarked on her learning to drive, was her impulsive nature and the possibility of recklessness behind the wheel. As it turns out, though, she is an anxious driver, hyper-vigilant while on the road, and my most common correction issued from the passenger seat is “speed up a little, honey.” There is nothing impulsive about how she operates a car. She takes it seriously, to the point where a thirty minute drive on the highway leaves her exhausted. (She’s getting the hang of it, slowly, and more practice will make it less taxing, I’m sure.)

It wasn’t at all what I expected with her, and thus we have incident number something-thousand where I realize that parenting continues to be full of surprises.

Yesterday she drove us across town—which included a stint on the highway—and I found myself droning on and on about why you need to turn your head and look at the road rather than just relying on your mirrors when changing lanes. I had noticed that she was reluctant to do that physical turn, and of course while I’m riding with her I’m checking her blind spots, but I was feeling frustrated at her resistance. As she prepared to shift lanes, I reminded her again to turn her head, and then my daughter nodded, took a deep breath, and turned her head all the way around to look out the rear window before moving into the adjacent lane.

The car floated a little off course while she was looking backward, but it was fine. And in those few seconds I realized exactly what I’d missed.

1) I was telling her to “turn her head and look” and not rely on her mirrors.
2) She has a processing disorder. This was not a clear instruction to her.
3) Part of this disorder is an inability/reluctance to explain when she is confused.
4) I’d used the words “blind spot” but the original explanation hadn’t made sense to her.
5) She’d been resisting turning because she didn’t want to be looking backward while driving 60 mph on the highway.

Wooooooooo. So that was fun, because she was terrified and I realized the confusion and everything was fine, but she was freaked out and needed a bit of talking down to be assured that we were fine, it was okay, nothing bad had happened, etc. I felt terrible, of course, because I should’ve figured out that her resistance meant there was a misunderstanding. But because I know what a blind spot is and had thought I’d explained it, I had a blind spot (see what I did there?) about her confusion.

We made it to our destination and she parked, and then I had her roll the windows down and stay in the car. I ran around to different spots outside and challenged her to check her mirrors and see if she could see me in various positions. I started with everywhere I knew I would be visible in at least one mirror, and after about four different locations I planted myself in her blind spot on one side. “Check the mirrors and don’t turn your head. Can you see me?”

“No. What. Whoa.” We repeated for the other side, and then she got it, with that demonstration, in a way my words hadn’t been able to convey for her, before. Now she understands blind spots, and what she has to do to check them. And I got a great reminder that her learning style and way of understanding needs more doing and less talking.

On the way home, she changed lanes with ease, checking her mirrors and then turning her head just enough to check her blind spot before moving over. She’s got it now.

The plan is that she’ll test for her license this summer. We’ll both just keep working on remembering our blind spots until then.