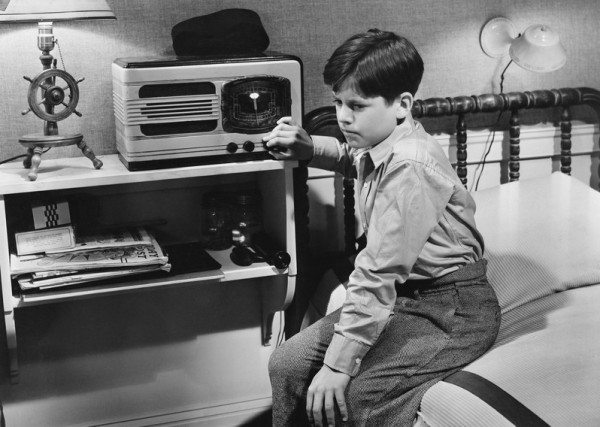 Tuning Into Your Kids’ Taste in Music

My kids love crappy music, and I think that’s great.

At ages 11 and 13, they’re now old (and tall) enough to sit in the front seat of the car, and also old enough to ask to switch the radio station from NPR to one that plays Top 40. (Well, now they ask after I yelled, “Get your paws off my buttons, fool!” more than a few times.) I almost always say “yes” to their request, then grit my teeth as the pumping music of Pit Bull, Rihanna, Nikki Minaj or some other artist born after 1980 blasts out of the speakers. Most of it is really not my taste and sometimes, it’s a little painful to endure. (“Truffle Butter”?) But here’s the thing: isn’t it supposed to be? As a parent in her 40’s, aren’t I supposed to think that the music I grew up with is good and my kids’ is awful?

Of course, I fully expected this would happen because it’s happened in every generation since the dawn of time. My parents didn’t like the Wham! and Culture Club my sisters and I blared in our rooms, and I’m sure that their parents hated the Bill Haley and the Comets and Elvis music they adored as teenagers in the late 50’s. And their parents’ parents no doubt wanted to throw the jazz records their kids played on the Victrola into the trash. That’s the way it works. You may love music from all eras and in all styles, but the music you first discover as a teenager is what will always matter to you most.

That’s why it’s important to me that my kids find what they like on their own, or with their friends. I don’t want them to like a song just because it’s something I told them they should like. Because it’s a song that I think is a classic and it doesn’t have “stupid auto-tune.” And they’re doing just that with their iPhones and radio adjusting—finding the songs they like despite my (sometimes strong) opinions. I’m sure there are many studies about generational gaps and why kids reject their parents’ music as part of building their own identities, but I’m not ambitious enough to find them. Plus who’s to say that my music is that great, anyway? Much like humor, Adam Sandler and cilantro, music is subjective.

Still, not a day goes by that I don’t see a parent on social media proudly announce that their kid requested they play The Who or Nirvana or The Clash, and then they add, “My work here is done!” Good for you, if that’s important to you. Dress that baby in an Alice Cooper onesie and start her on guitar lessons at age three. But these posts always makes me smile because I can’t imagine my parents sharing a picture of 5-year-old me hugging a Herb Alpert and the Tijuana Brass album with the hashtag #ourlittlerocker. It just didn’t matter to them that I like their music. (Of course, I now adore their music and regularly listen to on Pandora’s Fit & 50’s station. I love you, Frankie Valli!)

But that’s exactly how I feel about my kids. I really don’t care if they like my music. They spent years listening to me play Aretha, Luther Vandross, The Rolling Stones, etc. and if they one day said, “Hey, Mom? Can you put on that one AC/DC song?”, that’d be great. But I certainly don’t expect it. Just like they don’t expect me to say, “Hey, kids? Can you put on that one Tyler, The Creator song?” Besides, if I did, they’d probably immediately know it was time to stop liking it. Nothing horrifies a teenage boy more than seeing their mom sing along to a hip-hop song. Last fall, my friend Laura’s son told her he was “permanently scarred” after she actually twerked in front of his friends at a Halloween party. Poor Laura. She’s still taking Motrin for the hip injury, too.

But all of that said, I definitely love it when a song pops up that all of us like. “Uptown Funk,” “Happy” before it was overplayed, and that Taylor Swift song about Starbucks lovers are the rare examples. When those songs come on the radio, everyone’s singing, everyone’s happy and nobody’s gritting their teeth and wishing they didn’t have working ears. The generation gap, for three or four minutes at least, is filled. We’re all on the same page. We’re all, young and old, loving the same music.

At least until “Truffle Butter” starts.