Twitter Facebook Pin It Email Article
Prev How Should Kids Address Adults? It’s Time for Mrs. and Mr. to Make a Comeback. Next More Than Just A Birthday 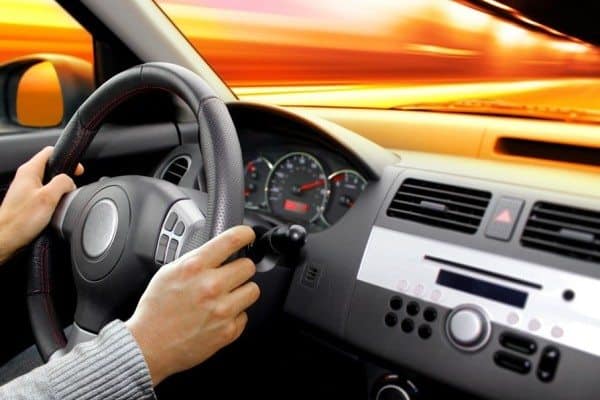 Notes From The Passenger Seat

I grew up in New York (upstate, not the big city), and twenty-mumble years ago when I turned 16 there, the law was like this: You could take your driver’s permit test at 16, after which you could pretty much take your license test whenever you felt ready. Once licensed, the only caveat of a “Junior License” (for those under the age of 17) was that you not drive after 9:00 at night unless it was related to a school activity. (I found this a fascinating rule. For one thing, my friends and I always joked about how the worst part of being 16 was that assumption that you’d lose control of the wheel the moment the clock struck 9, sort of like how Cinderella’s coach turned back into a pumpkin at midnight. For another, you could legally drive home from prom but not to the store to grab a jug of milk if it was dark out.) I don’t remember how long it took me to get my license (I got my permit as soon as I turned 16, over the summer, and I want to say I got my license the following January), but my parents promptly allowed me to drive myself to nightly play rehearsals a town away, as years of chauffeuring me back and forth was quite enough, thank you. I was instructed not to speed and to tell any officer who might pull me over that the play was a school activity (it wasn’t).

I had a boyfriend who had his own car; I rode around with him all the time, starting when I was much younger than 16, and it wasn’t unusual for us to cram another three (or four or five) people into his car as well. That’s just what you did.

Well, eventually the safety experts figured out that teenagers aren’t 1) all that safe or 2) all that bright. Most states have adopted stricter rules about licensing itself as well as graduated licenses. Here in Georgia, imagine my horror to discover that you can get a permit at 15. Sure, your 15-year-old was a paragon of rational thought and responsibility, of course (and congratulations), but when my oldest turned 15, I’m not sure I trusted her to operate a can opener, much less a motor vehicle. We were not one of those families who ran out and got her permit on her birthday, that’s for sure. It turns out, we were hardly unique—teen driving rates have been declining, and plenty of my kids’ eligible friends also aren’t driving yet. I think it’s due in large part to the new rules about licensing; first, you have to have your permit here for a year before you’re even eligible to test for your license. A year is an eternity to most teens. Next, once you have that license, for the first six months you can’t have anyone in the car who’s not part of your immediate family, and for the next six months, you’re still not allowed to take more than one underage passenger. What’s the point of having a license if you can’t load up your friends? Might as well have Mom or Dad drive you, especially when that crummy license requires said parents to certify you’ve had at least 40 hours of experience behind the wheel.

Anyway, we waited, for all sorts of reasons. My oldest was nearly 16 when we finally allowed her to get her driving permit, and once obtained, it was brought home and put away. We had no intention of teaching her to drive at that time, we were just mindful of the fact that she needed to have her permit for a year before licensure. Without getting into the specifics of why we felt she wasn’t ready, I can tell you that this last month, we decided It Was Time. I don’t mind telling you that many of the issues which had previously concerned us seem to have resolved in the last three months or so, for one thing. Also—and perhaps more pressing, depending on your point of view—said teen’s younger brother is about to turn 15, making him eligible for a driving permit as well. (Not driving: Not embarrassing. Not driving when your little brother is driving: Kind of embarrassing.)

It is perhaps interesting to note here that my son has no interest in obtaining his permit. He thinks driving is scary, and “where would I go, anyway? You can drive me.” Due to their individual personality quirks, I’m less worried about him learning than her. This isn’t a slam on my daughter, please understand; she has ADD and difficulty multitasking. And while I assured my husband that he could teach her to drive because I wasn’t having any part of it, I realized I was being silly and needed to participate in this process, too. (We are also planning on driving school.) The first time I sat in a big empty parking lot with my daughter behind the wheel, I realized just how many things a good driver must attend to at once—things I do by instinct, now, after years of driving, but which must’ve sounded like an insurmountable list to my nervous teen.

Did I Google “best ways to teach a teen to drive” before we went out? Yeah, I did. I read articles. I skimmed tip sheets. They all came back to the same things: Be calm. Be encouraging. Praise rather than criticize, as much as possible. Temper correction with assurances that they’re getting it, it’s fine. (Rules for driving or just plain good advice for parenting, period? I say both.) We drove in long, looping ovals, discussing getting the feel of the road, the steering wheel, the accelerator, the brake pedal. I made her speed up, slow down, stop at countless imaginary stop signs.

“Watch the curb. You’re fine, just know where it is.”

“What do you do if an animal runs out in front of you?”

“You can be doing everything right and someone else either doesn’t see you or drives poorly—that’s why they call it defensive driving, because you have to watch for the stuff you can’t control.”

“There you go… you’re getting the feel of the pedals now. See how much smoother that is?”

I let her drive home (we weren’t far, and we don’t live in a busy area), continuing my running monologue, hoping she found it calming rather than annoying. “That’s it, okay, the speed limit here is 50, but if that feels scary, go 40. Too slow is just as dangerous as too fast, when it comes to other drivers, but you can go between 40 and 50 and that’s fine. Notice how smaller steerings have a bigger effect at a higher speed, see? It’s fine, sweetie, you’re doing great. Watch that car up there, he’s far away but if you see brake lights, remember, it’ll take longer to stop from a higher speed. Glance down and check your speed; there you go. Yep, it’s super easy to forget how fast you’re going when you’re paying attention to everything else. That’s something that you’ll get the feel of over time. Perfect, I like how you’re signaling and slowing down. Great stop. Yep, let that car go, they were here first. You don’t need to wait for the other one, you’re next, but do check that he’s going to let you go… okay, perfect, make your turn. Nice! Yup, signal again, this one’s a right turn so just slow down enough to make the turn… wooooo, okay, maybe next time slow down juuuust a little more—it’s fine, honey, you’re fine—and on home. Great! You can park right in front of the garage. Put it in park, put the brake on, turn off the lights, turn off the car. You did it!”

She exhaled, beamed a smile at me, and as I got out of the car she reached into the glove box and extracted her phone. She snapped a selfie behind the wheel and posted it to her friends with the caption “I DIDN’T CRASH THE CAR YAY!”