Twitter Facebook Pin It Email Article
Prev Drive, Baby, Drive: Time for my Youngest to Step on the Gas Next Post-Graduation and not Looking for The Moment 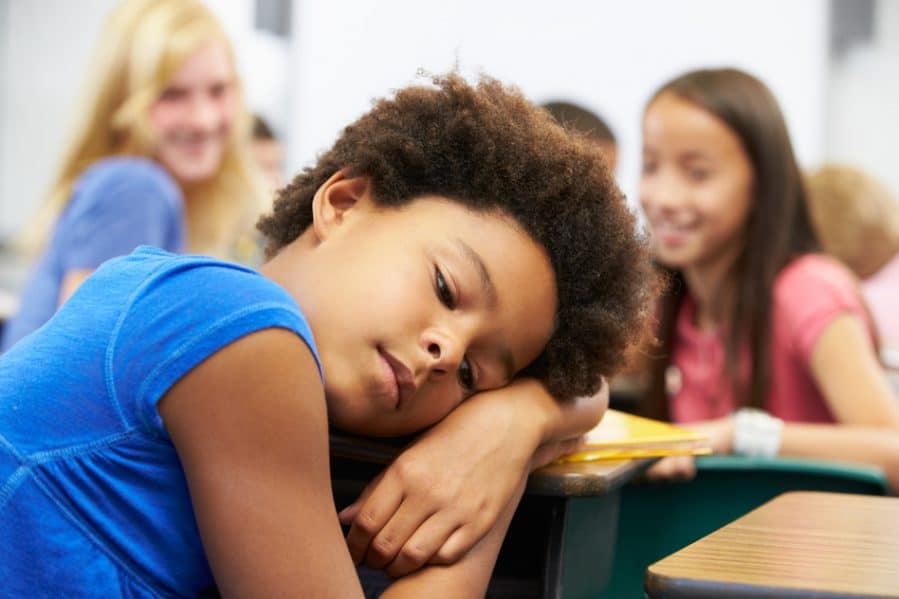 Bullying. When Should A Parent Intervene?

“I want new sneakers,” my tween daughter declared one day.

“Why?” I asked. In a house of five kids, you have to prove you have outgrown your shoes or that they are so ridiculously worn that one of your toes is actually peeking out. But her sneakers, cool blue Sketchers, looked like they were holding up well.

“Because the kids are making fun of me,” she finally answered.

“For what?” I asked (a little too loudly, with definitely too much upset in my voice).

“For my Sketchers. I’m not the only one. They make fun of another kid who wears them too.”

I couldn’t believe it. Aren’t Sketchers cool? But apparently not in elementary school. They are considered baby shoes. The fad at my children’s school is Nikes.

I thought maybe my kids would avoid this kind of ridicule since they go to a school where uniforms are required. But the students had found a loop hole. The one thing children picked out on their own. Shoes. And my daughter was being made fun of for her choice.

I remember what it’s like to be mocked. When I was my daughter’s age, I was tiny. Like, the-smallest-in-my-class-by-a-lot tiny. I still can remember a fellow student taunting me with a single word as I came down the hallway. “Shrimp!” he called out to me.

I responded, “I love shrimp. It’s one of my favorite foods!” In the history of comebacks, it’s probably not the worst. But not the best either.

And later on, in high school, I remember being taunted by a boy named Teddy. You see Teddy’s best friend moved away and I was the one who moved into his old house. And Teddy did not like that. At all. He spent every morning on the bus unleashing cruel comments on me.  It never even occurred to me to tell an adult what was happening. I just endured.

I sighed and looked at my daughter. What did you say to the kids who were making fun of you?

“Nothing. I just turned away.”

My daughter wouldn’t name names. She said, she didn’t know who said it because she wasn’t looking at them. I didn’t really believe her but I didn’t want to press her.

So what was I supposed to do now as a parent?

Buying her Nikes was obviously not the answer.

But I knew her school was serious about the issue of bullying. With my daughter’s permission, I talked to the principal and her teachers. They spoke to my daughter’s class that afternoon. They told the children that making fun of someone’s clothes or shoes is a form of bullying and at this school, it was not tolerated.

The children apparently listened because it hasn’t happened since.

Did adults swoop in and try to fix the problem? Yes. But as a mother of five children, I have learned that children often need to be taught kindness. It is not always their natural default. And parents and educators have an obligation to teach compassion and guide their moral compass.

Yes, there are times when kids need to work things out on their own. But if we don’t give them tools, if we don’t show them how to choose kindness over cruelty, they won’t have the skills to do it.

But I wanted my daughter to learn something else from this experience. First, she has cool ass shoes, no matter what anyone says. Second, if she ever hears someone else being mocked, she needs to speak up. Those cruel kids only have power if you give them power, I told her. If students rally behind someone who is being harassed, the bully will back down.

Because I remember a girl named Valerie. She was also on that bus with me and mean ole Teddy. I didn’t know her at all. She was an upperclassman. But one day, she had heard enough from that boy.

“Teddy! Cut it out. Leave that nice girl alone. So she moved into your friend’s house. Get over it. It’s not her fault. I’m so sick of your crap.”

And that was the last day Teddy ever mocked me.

Valerie, wherever you are, I’ve always got your back.