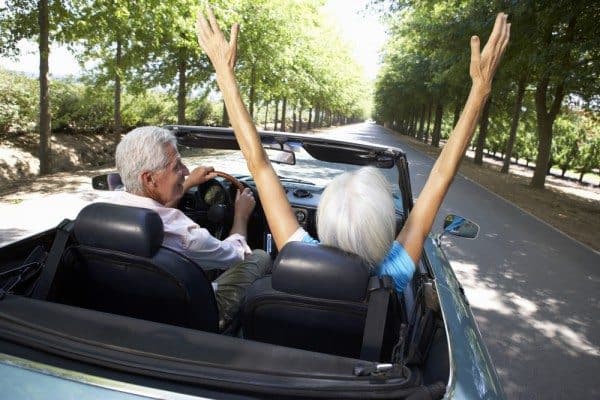 Thoughts From An Almost-Empty Nest

I never understood the saying “The days are long but the years are short” until recently. I mean, I understood what it meant, I just never felt that way, myself. The days were long, the years were long; as much as I love my kids, raising them has felt like a marathon to me more often than not.

Everything changed, this summer. My oldest got her driver’s license and turned into Miss Independent overnight, it seems. Never mind “Can you stop at the store and pick up some milk?” for this one—before I even had a chance to take advantage, she was off to doctor’s appointments (on her own, without me, like she’s not even a kid!), work, her own various chosen destinations, and my phone rings not to ask me something, but to inform me that she’ll be just a little later than expected, she’s going to go run one more errand as long as she’s out, and she’ll gas up the car, okay? It’s okay. It’s great, if a bit weird to reconcile with the same kid whose favorite lunch is “anything you’re willing to make for me so that I don’t have to make it myself, but that I like.”

My youngest is happy and self-assured, cracking jokes at dinner that earn admiration from even his hard-to-impress sister, getting himself up and off to band camp every day and talking about what a great year it’s going to be, and making plans with friends in his spare time. He, too, is the most independent he’s ever been.

School starts up again soon, and this is my daughter’s last year of high school. My son is only a year behind her. We’ll spend this year getting one kid ready to launch and then we’ll turn around and do it all over again for the other one. And then… they’re off. And yes, I know that kids don’t go to college in an alternate dimension or on another planet; they come home, often, and these days many even move right back in after graduation, but still. It will be very different. My husband and I will be Just Us (most of the time).

One of the bible passages often read at weddings is about how “Love is patient, love is kind.” When my husband and I married eight years ago, I remember thinking that perhaps this passage from 1st Corinthians was written specifically for people like my husband who—eyes wide open, even if they may not know exactly what they’re getting into—take on not just a spouse, but stepchildren. I can think of no greater testament to love and patience than stepping out of a life of singlehood and into that precarious role of sort-of-a-parent with no prior experience, as he did. And lucky him, my kids turned out to be… ahhh… well, fabulous, of course, but not exactly low-maintenance. Love is patient and kind, indeed. My husband gave up a lifetime of “why not?” and “let’s go!” for a very different sort of life, and he has never complained.

Even when we gave up family camping trips, my husband nursed his disappointment carefully and quietly, never blaming or grousing, just working his way through it and reiterating that we’d made the best decision for the whole family.

But now… all of those years of discussing a mythical “someday when the kids are off” have brought us to where “someday” is “pretty soon.” And I’ll be honest, I am both thrilled and overwhelmed at the notion that soon we could focus all of our spare energy (ha!) on being a couple rather than on being parents. Not that we don’t do “couple things” now, you understand, but it’ll be different.

We’ll lie in bed at night and talk about the things we want to do once the kids are in college. Presenting…

1.  My husband has already picked out the (smaller) camping trailer that he thinks will be perfect for just the two of us (and the dogs). He wants to take a whole month to drive across the country, one summer.

2. I can talk about our hypothetical dream kitchen for hours, though it always ends with me dissolving into giggles because 1) wow, me, super romantic, and 2) while it may be less of a hassle to lose the use of our kitchen with fewer people in the house, once we’re paying for two kids in college, which bank am I planning to rob for this reno, exactly?

3. We talk about where in the world we’ve never been but would like to go, and places we’d like to see again. We muse about how our spare time might look different without school meetings, performances, competitions, and the like.

4. He says he wants to get back into some of his former hobbies, and I toy with the idea of getting back into community theater. We’re giddy at the idea of enough free time to both pursue our individual interests and to do things as a couple.

5. We giggle in the dark about how we’ll finally get to play “newlyweds,” a decade after our wedding, and a full 28 years after we first met in college.

6. We try to picture a life with adult children, as weird as it seems, even as it’s nearly upon us. We talk about how much we’ll miss them, but as we joke and dream and plan, I realize that as the kids are about to embark on their own big adventures, we’ll sort of be doing the same thing.

7. Maybe I blinked and found myself on the verge of an empty nest, and maybe that’s a little disorienting, but it’s also thrilling. I won’t say I can’t wait—I don’t want to wish away this remaining time with the kids—but I will say I think I’m ready.