Twitter Facebook Pin It Email Article
Prev Sometimes It’s Okay To Be Off Your Parenting Game Next D-Day: College Dorm Drop-Off and Beyond 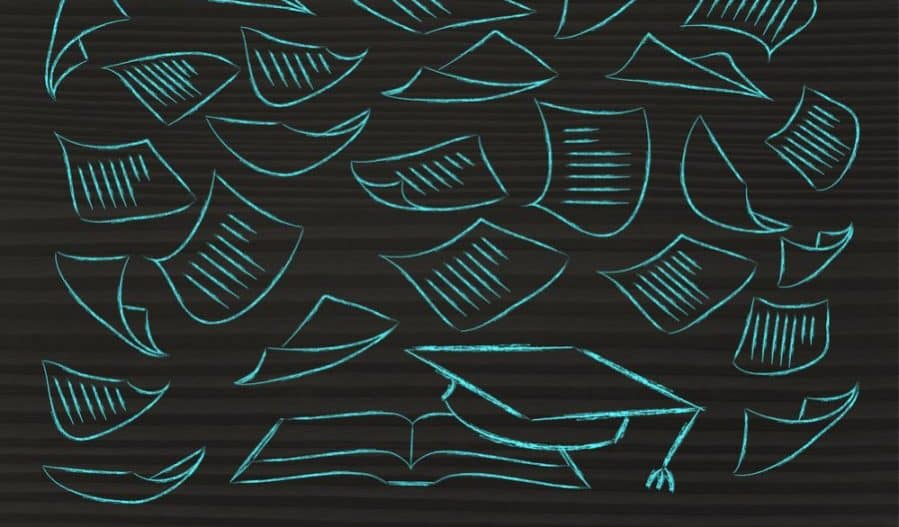 Senior Year: The Last First Day and The First of Many Lasts

This morning my social media feeds were full of local friends’ pictures of their kids heading off to the first day of school. I wanted to share a picture of my own first-day-of-school kiddo, too, but as I was scrolling through everyone else’s photos, he was still in bed. Whoops.

As momentous as the entire year of yes, my oldest is truly graduating and planning for college has been, just days before we move her into her dorm, her little brother is starting his senior year and getting ready to do the same year-long dance. Things are a little different for him; he opted to dual-enroll at our local university, which doesn’t start classes for a few more days, hence his first-day-of-school sleep-in this morning, because he didn’t have class until after lunch. He’ll do his mornings on campus, afternoons at the high school. Much like his sister before him, he’s starting this year excited, nervous, and fully aware that this is going to be a year of Lasts.

For me, I can hardly believe we have to start this all over again before my college student has even left. “Whose idea was it to have these kids so close together??” I’ve been known to complain. (Spoiler alert: Mine. Whoops, again.) Last year I refused to be sad about senior year, and I won’t be sad about my son’s senior year, either—his struggles, while different from his sister’s, have still made success that much sweeter—but it’s just weird to realize this is truly the end of an era.

I made him pose on the front steps for me, before he left. We’ve done it every year. I took a picture of his shoes and my husband took pictures of him sitting there trying not to look annoyed. It’s the last first day of school picture for our family. (I mean, technically. I did ask my daughter to send me a first day picture from college. We’ll see if she does it.) I didn’t have to pack him a lunch because he didn’t go in until this afternoon… but while he was hanging around this morning, he said, “You know, Mom, I could pack my own lunch this year on the days I need one. I don’t mind.” Apparently I missed the last lunch I’ll be packing, which just seems wrong because I really would’ve made it a celebration if I’d known.

After years of meticulous shopping and lists of school supplies and labels and color-coding, about an hour before my son left this morning, I pulled out a handful of used 3-ring binders and a sheaf of paper. “How’re these?” I asked. He nodded in approval. “Do you need some more pencils?” He dug in his backpack for a minute, then we negotiated a few additional writing implements. I wandered around my office for a bit, feeling useless. I happened to come across a box of band-aids and so did the logical thing: I tucked a few in my purse, then handed some to my confused man-child while he looked at me like I’d lost my mind. “Put them in your bag,” I said. “You might need them. For… something.” There, I’d done my due diligence when it came to packing up for school, right? Right. It’s the last time. I had to make sure he was prepared.

A couple of weeks ago we went to our last end-of-marching-band-camp show. It was the last time I’d stand in the parking lot in oppressive heat, getting our first glimpse of what will be a season-long undertaking, after six years of having one or both kids marching. I mused to a fellow band parent that night that my son’s first year in marching band, he’d called or texted me multiple times every day to complain about how awful it was, how mean people were, how terrible and lacking his skills were, how it would never, ever, get any easier or more fun. That first show, he’d played, but he was tense and anxious. This year, he was calm and self-possessed, mallets flying with ease over the marimba as he performed like the seasoned veteran he’s become.

In a couple of weeks he’ll have his last school picture. Not long after that, we’ll be into All Things Senior Year And College Prep and those will all be lasts, too—the last college application, the last college scouting trip, the last set of exams, the last Senior Night. One last right after another. And not just the last for him, but the last ever, each time.

At the same time as all his lasts, his sister will be embarking on all kinds of firsts, and she’ll be away and home and gone again and back. I have a feeling this year is going to be a whole new roller coaster ride and over before we know it.

I’m glad I packed some band-aids. I can’t be sure, but I suspect someone will need them.