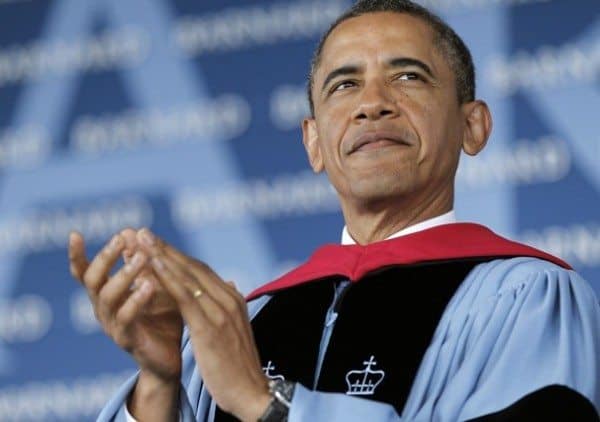 Bring On the Commencement Speeches

What I remember most about my own college graduation in 1993 was Marian Wright Edelman’s words “Superwoman doesn’t exist… she died of exhaustion.” I can’t tell you how often I hear those words in my head.

It’s graduation season which means the commencement speeches are starting to roll in on YouTube. Which means we all get to hear them now. YAY!

Did you happen to catch President Obama’s commencement address to Barnard graduates in 2012? WOW. He said exactly what needed to be said to the women who needed to hear it. The speech is 30 minutes long, but it is worth it. It’s not a campaign speech, but a touching homage to the women in his life… his mother, grandmother, wife and daughters. It also brings home that at the time we were in the midst of history-making with LGBT rights.

The other commencement speech that really moved me was Aaron Sorkin’s address to Syracuse University graduates, also in 2012. It’s shorter at sixteen minutes and though the first 10 minutes are amusing, it’s the next six minutes that you must hear. Sorkin is a powerful writer and he hits it out of the park with his speech. We all know our words matter, but I’m not so sure these college graduates do.

Now, I would love for you to share in the comments section any commencement speeches recently or in the past that have moved you. I was looking to see whether there existed any YouTube Channels dedicated to commencement speeches. But alas I couldn’t find any. Wouldn’t that be great if there were one? It would be like TED for Dummies. I would totally watch it.