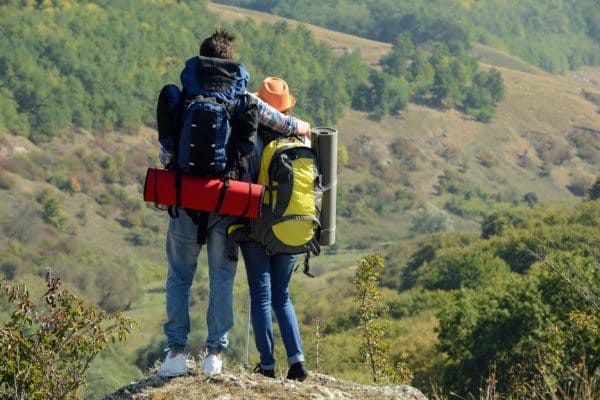 How (Not To) Family Vacation

Every now and then someone makes a comment about my “blended family” and I do a lot of blinking because… I forget. I mean, not entirely, I suppose, but I’ve been remarried for coming up on eight years, now, and this doesn’t feel like my new family or my second family; it’s just my family.

Some of the toughest transitioning we did as a familial unit had to do not with the day-to-day stuff, but differences in how we perceived the Big Stuff (and that’s less of a “blended family” and more of a “distinctly different people finding middle ground” sort of thing). In the beginning, I think it was harder. My husband had his views and I had mine and no matter how much we love each other, we both viewed the other’s staunch positioning as a little silly. Our childhoods were distinctly different from one another’s, and both were very different from my own kids’ experience. My children have their own particular set of foibles and needs, and I know that sometimes (often?) my husband feels like it’s three against one when it comes to something he thinks should be a certain way and we all are just confused.

This is all preamble to say: I’ve reached the conclusion that we, as a family, are terrible at going on vacation.

Six years ago we purchased a small camping trailer after listening to countless stories of how magical my husband’s childhood was, spending a large portion of every summer camping with his family. The kids were excited. Heck, I was excited. The truth is that I’d hang out almost anywhere with my husband, because he’s my favorite. This seemed like a reasonable way to both ready our family for the travel my husband craved but the familiarity which the kids tend to need. We would become campers! And we did—sort of. We took trips as a foursome and on various occasions when one child would be off doing something else, we’d take the remaining child and a friend. We camped here in Georgia and found a favorite campground in South Carolina and went new places and even towed all the way up to New York one year to camp with my folks. We hiked and swam and made s’mores and played cards and board games and threw a ball for the dog inside the camper on rainy days and had a bunch of adventures over the years. My late mother-in-law, whose counterpoint to my husband’s “those were the good old days” view of his camping past was that it was a terrible slog she’d barely survived, would always call and ask to talk to me and then “coach” me that I could tell him if I didn’t want to go. It tickled me that she was so convinced I was just putting up with it. No matter how I reassured her that I enjoyed our trips, she was always very worried that I didn’t. I did, though.

But… life kept going, and often the weather didn’t cooperate, and living in close quarters in a small fiberglass and metal box—even just for a few days at a time—wasn’t as idyllic as we’d hoped. The kids’ schedules and needs became more complicated for various reasons. We take an extended family trip every couple of years and that’s great fun but also stressful (let’s pack up two autistic teenagers and take them to sensory overload-land for a week!), and we both tend to have business travel in the summer, and my husband started doing a “boys’ trip” each summer with my son, which then led to a similar “Hey, why don’t I get a trip?” trip with my daughter, and sometimes I am strongly encouraged to go visit a friend to take a break from the chaos here before I murder everyone, and and and and (etc.). The “adventure” of camping started feeling less appealing than just flopping on the couch or the porch because some (lots of) days we didn’t have the energy for more than that. Two summers ago we only camped once. Last summer, somehow we didn’t go at all. No one complained, though I do think my husband was sad about it.

We talked about it recently, and it looks like we’re going to sell the camper. To me, this is something of a logistical relief: Even a small trailer is a large item to store, and requires money to maintain, and although our non-camping summer last year was unavoidable, I felt a lot of guilt about it. To my husband—despite the fact that he’s the one who suggested we sell—I fear this is the symbol of broken dreams. We were supposed to replicate the carefree fun of his youth. Camping was supposed to be a time of family togetherness and new discoveries, and while we did have some of that, we also had a lot of complaining and electronic devices and mishaps. My husband admits to a bit of rose-colored-glasses filtering of his childhood, and also, to be fair, their camping days were not when he was a teenager; but a small, irrational part of my brain does feel like we failed him, somehow. This wasn’t how it was supposed to go.

When we told the kids, they were vaguely disappointed, but neither could pinpoint our last trip, either, so I think it was more habit than anything else. Trying to put a good spin on matters, I pointed out that after we sell, we’ll have some money for different kind of trip, if they’d like. Where would they like to go? (I didn’t mention that our time as a foursome is winding down, as my oldest will theoretically be off to college in about a year.) My son frowned and named our favorite campground. (He certainly showed us.) My daughter said “Disneyworld!” then grinned and said, “Just kidding. Too many people.”

The kids and I are happy to putter around here at home. My garden’s here! And my dogs! (We never did take our second dog camping, but given his arthritis and the fact that he’s blind, I don’t know that he would adapt the way Licorice did.) I don’t feel the need to go somewhere else, really. Neither do the kids. We’re homebodies. My husband says he gets it, but I find myself saying things like, “They’ll be in college soon, and then we can go somewhere, just the two of us.” He chuckles and says okay. He says he’s not upset.

On the one hand, I feel like my family has flunked when it comes to vacationing. On the other, it feels like a very bourgeois concern to have. Maybe I just need to start planning a just-the-two-of-us trip for after my youngest starts college. I think I’ll call it the Victory Trip.