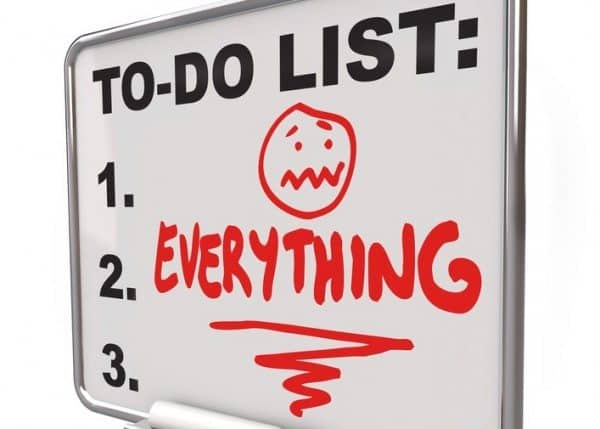 This morning I went looking for the post I wrote when planning to transition my autistic homeschooler back to public school, and once I found it, I read it feeling something akin to amazement. It feels like I wrote it a decade ago. I mean, I remember the thought process, the logistics of it all, the excitement, the trepidation—all of it—so clearly, and yet it feels like something that happened in the distant past. Reality check: That was only about a year and a half ago.

My son’s reentry into the public school system was not without hiccups, but that first, half-time semester served its purpose. When August rolled around and it was time for him to be a regular, full-time sophomore, he was ready. Again, there were some hiccups—we practically forced him into marching band, kicking and screaming, and it took a good month or two before he realized he loved it; there was an adjustment to having to sit in classrooms all day long after the relative freedom and faster pace of homeschooling; and although he’s come a long way, there is still a routine “airing of grievances” via text messages when he is displeased (which my husband and I jokingly refer to as his daily mini-therapy). School is hard for him in ways it probably wouldn’t be for a neurotypical kid. We know this. We’ve all adjusted. Now that it’s May, it all feels routine… sort of.

School’s out in just a few weeks. Right now the normal schedule of classes has been upended for AP exams, End of Course Tests, and various other “end of the year” things. No biggie, right? Except for him, it’s like death by a thousand paper cuts, because:

1) change in routine (stressful!)
2) frequent shunting to a doubled-up classroom for busywork (stressful and infuriating!) while the regular room is used for exams
3) exams (super stressful, particularly for a kid who is still struggling to develop good study habits).

With just a few weeks left in the semester, it feels a little like my son has hit the wall.

Now, let’s be clear: I think that’s a normal feeling for most kids at the end of the year. Heck, I’m not even in school, and I am completely over this school year, thankyouverymuch. I’m ready to bid the early alarm good-bye, I’m tired of concerts and competitions and practices and events and “do you have your homework” and “shouldn’t you be studying” and “how did you lose your textbook?” and just all of it. I sympathize with the feeling of being done. That’s par for the course.

The (potential) problem here for my son is that there is a certain level of overwhelm from which he has a lot of difficulty trying to recover, and it’s hard to know when we’re approaching it (though once we hit it, don’t worry, that’s plenty clear… usually because he collapses in a heap of anxiety and sadness while my heart shatters). His IEP is structured to give him as much support as possible, but during these last few weeks where everything is different, it’s hard to even figure out when/how to help him with the things that throw him off. Learning to deal with the fact that sometimes things change from the norm and you just have to roll with it for a while is a crucial skill set he’s going to need in life. And as I keep telling him, I know he can manage. Still, I see his anxiety level creeping up, and I worry.

Yesterday was his first AP exam, and as luck would have it, it was for the class he and his big sister share. I knew that could be wonderful or catastrophic, and though I won’t pretend to take an iota of credit for it, somehow the kids all on their own figured out that they could study together and quiz each other and, I don’t know, use each other as support instead of bickering about who took whose pencil. It was magical! (Let’s pause a moment here so I can point out that my daughter really stepped up in terms of both organizing herself and assisting her brother, which was amazing to see on about half a dozen different levels.) They headed off in good spirits yesterday, and when I picked them up after the exam, they both said they thought it went okay.

But last night, I tried to get him to study for another upcoming exam, and that’s when things started falling apart. He’d already studied (for five minutes), and he’d been working all day and just wanted to talk with his friends (who probably also should’ve been studying). I tried to give him a “the year is almost over, the finish line is in sight but you have to find that last burst of energy to get there” pep talk, but it fell on deaf ears. Eventually he declared that he was just really tired and went to bed early.

This morning he woke up convinced that he failed yesterday’s exam and everyone hates him and the sky is falling. His first class got routed to another (doubled-up, crowded) room and I fielded a litany of text messages about the unfairness of the world and the stupidity of everyone in it. I know this is him blowing off steam, and I would much rather he text me than mouth off in class, but still, I worry. There’s weeks left and many more exams to get through, and I can see he’s having a hard time keeping it together.

My plan is to sit down with him tonight and map out a schedule for the remainder of the semester. He’ll agree to a certain amount of studying every night, I think, but dislikes the generic “well, go study more” exhortation. If I ask him to do an hour a night, he’ll set a timer and do it. I can’t do anything about the chaos at school right now, but I can help him make his time at home predictable, and that should help. I’m doing a lot of baking and making sure we have plenty of ice cream in the house; sure, good snacks never solved the problem of stress, but they certainly don’t hurt. We’ll mark the days off on the family calendar, and mark off each exam with an extra flourish.

In the final balance, sure, he still needs some extra support and encouragement, but this first full year back in public school has been a huge success for my son. I keep reminding myself of that, because it’s easy to forget when he’s struggling. He’s learned a ton, gotten great grades, made new friends, found new activities, and managed to find his way in what can be a really stressful environment for him. He’s managed to find the positives most of the time, which is huge. In a few weeks, he’ll turn in his textbooks and have the whole summer to relax, unwind, and get ready to do it all again next year. And I know that even though there will be hard parts, he’ll rock it, because he’s amazing.