Twitter Facebook Pin It Email Article
Prev Who Cares For The Caretaker? Next My Child’s Dog Anxiety 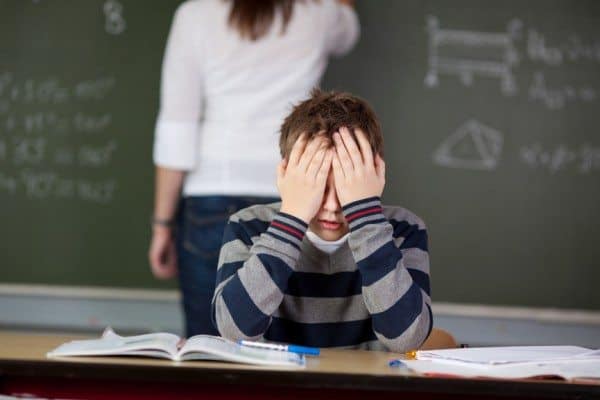 When Smart Isn’t So Smart

I don’t know why I was so surprised to watch the same process unfolding with my kids that I went through as a teen and young adult, but it still caught me off guard. Maybe I’d forgotten about it—it certainly wasn’t a shining time in my personal history—or maybe I’d just hoped they could avoid it. Maybe I’d half-groaned my way through various articles and think pieces on “twice-exceptional” kids, and even though the designation fits my own children, I’ve never wanted to be one of those people with my special snowflakes and a corresponding list of reasons why their lives are hard.

Because… both of my children are gifted, which means their innate intelligence is very high, and many things come easily to them. But also… both of my children have learning differences, so yes, they meet the definition of twice-exceptional, even though that term makes me want to poke out my own eyeballs. (I realize it evolved to foster understanding of, to put it bluntly, how really smart kids sometimes feel or appear less smart, but it feels pretentious to me, somehow.) In some ways, sure, their lives are hard because of this. In other ways, their lives have been immeasurably simpler because at the end of the day, they’re really, really smart, which tends to make a lot of things easier. I am uncomfortable with any discussion of “how hard” it is to be gifted. It’s a leg up, in many ways, and while it does present specific challenges, I am simply uneasy with the notion of it being a handicap.

Even knowing all of this, even having once-upon-a-time been a gifted kid, myself, I was shocked when faced with the cold, hard truth enough times that I had to accept it: My gifted kids are lazy, but they don’t know it. Worse, it’s making them think they’re stupid.

This isn’t uncommon, and I’ll cop to a similar trajectory, myself. When you’re smarter than most of your peers, school work is easy, and you finish it sooner. You rarely have to try to accomplish what’s set in front of you. And if this goes on for long enough, I guess you start believing that everything should be that way. Because you’re smart! And school is easy! It’s all you’ve known. All those praises you receive for having “worked so hard” or “really giving your all” are garnered without breaking a sweat… or maybe even from finishing your homework on the bus the morning that it’s due. No biggie. The problem is that eventually, for most of us, sometime in your teens you reach a point where it’s not easy anymore. You’ve done so well in school, you start taking advanced courses, and those require actual effort, or you pick up a new activity that doesn’t click right away. And if you’re one of those gifted, kind of lazy people? You assume the world is ending. If you can’t do it right away, your whole life as a high-performer has been a lie. You used to be smart, but now you’re not!

Is it fallacious reasoning? Of course! You don’t suddenly “get dumb,” and needing to work hard isn’t an indicator of intelligence (or lack thereof). If you’ve spent your whole lifetime believing everything should come easily, though, it can be a real ego blow.

Here’s where I blow my kids’ cover, to explain what I mean. Bear in mind that we’ve addressed these situations (without shame, I hope) and the goal is always to help them understand that it’s not about their smartness or their worth, but what it means to commit to working hard.

Example 1: After a lifetime of high achievement on a ridiculously accelerated math track—which delighted me to no end, as math has never been my subject—my daughter enrolled in AP Calculus this year, as a high school junior. I barely got out of Calc alive as a college freshman, so I was nothing but impressed and excited for her. About a month in, however, it got… hard. There was a lot of homework and it was complicated. A different sort of kid might’ve worked harder/longer, gone to the teacher for help, asked about tutoring… stuff like that. My kid, however, my gifted child, opted to… stop doing her work altogether. This enraged me, once we discovered it, because who does that? (Answer: My kid.) She made sure she was so far behind by the time the drop period was drawing to a close that the teacher was in full agreement that she should drop the class, because there was no practical way for her to catch up. I’m ashamed to admit that it wasn’t until much later that I realized she did this because she was convinced she was stupid and incapable of doing the work required—all because she had never had to work so hard to understand, before. That entire scenario went down with me trying to teach her about responsibility, when really it was a missed opportunity for me to help her understand that her ability and even self-worth do not hinge upon homework being effortless.

Example 2: This one was more recent, and my bungling of the situation with my daughter set us up for greater success with my son. (Sorry, kids… can’t we just be glad I’m batting .500?) At a recent band concert, I watched as my son stood frozen at his marimba and barely played for an entire song. When I (gently) asked him what happened, afterward, he exploded into a diatribe about how he’s just bad at music and never does anything right. Guess who got a brand new wooden xylophone for home practice for Christmas this year? Guess who hasn’t used it even once? When I mentioned the dreaded P word (practice), he insisted he practices plenty in his band class at school… but in unraveling the issue, yes, he practices plenty in his percussion class and promptly got lost when performing with the entire band (which he rarely does) because it was “really noisy” and he hadn’t practiced enough with the entire ensemble. His conclusion: He’s terrible at everything. My conclusion: Make a habit of practicing at home while listening to the recording of the entire band. (Bonus music teacher’s added solution: write in instrumental cues on his sheet music like “trumpets here” and such so that he can recover if he gets lost.) After a couple of days of being mad at the world and convinced he’s terrible at everything, my kiddo is back to feeling capable. Hooray! Too bad we had to wander through the valley of the shadow of I’m So Dumb, I Can’t Do It to get there, though.

I know plenty of gifted kids who are also hard workers, but I know many more (not just my own kids) who suffer from this sort of laziness and precarious self-image where anything “hard” sends them into a tailspin. I did a mini “Oh God it turns out I’m really dumb” crash-and-burn my first semester of college, and while I obviously survived (and learned how to apply myself), I’d rather my kids not follow in those particular footsteps. How do we help these kids learn the value of hard work—and that it’s a feature, not a error, of being smart—before they’re out on their own?