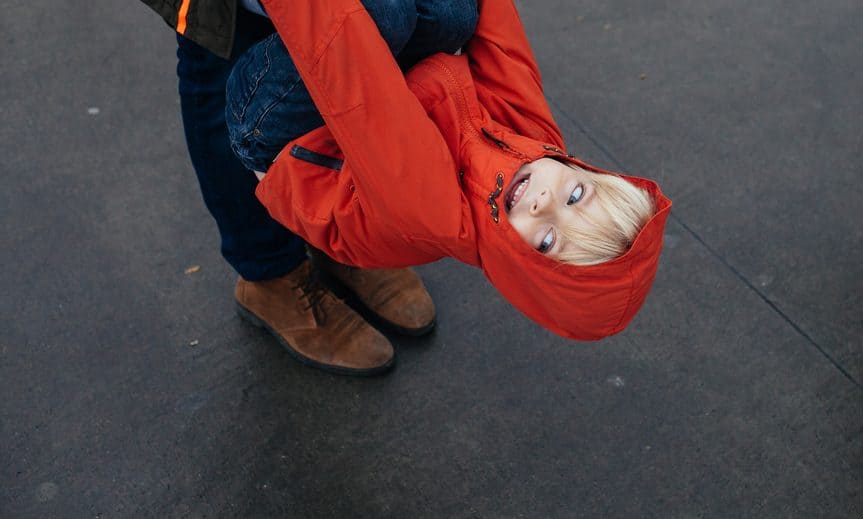 On SSRIs, Young Children & the Importance of Second Opinions

I’m looking for some advice or perspective on selective serotonin reuptake inhibitors (SSRIs) in preschool aged kids. I recently received some troubling (to me) advice from our pediatrician and I wonder if you or your readers can offer any insights.

Here’s our situation: My three year old son has always been a bit of a..ahem..challenging kid. He’s amazing and smart and funny and sweet, but he is intense, deeply sensitive, and fairly anxious. He’s always been, always “on.” As an infant he was an up-every-hour-to-nurse-nurse-nurse-baby, he was irritable, always moving and fidgeting, and even then, acutely aware and observant. As a toddler, he was very sensitive to his surroundings, things like typical toddler-aged chaos in his daycare classroom and it caused him distress. About this time, he was also developing his fondness for order and cleanliness in his surroundings. He wasn’t quite rigidly lining up toys, but he liked for things to be in their place and he needed his hands to be cleaned if the food he was eating was messy or sticky. He bit a LOT at daycare before he was really able to express himself in words. In the two year old classroom, he got bored very easily and would start to act out – biting again (still), hitting, misbehaving, never seeming content or integrated when other kids in the class were perfectly happy and engaging in activities together. He had nasty tantrums at home – long, hard tantrums. But at the same time, he was usually responsive to me and his teachers. I got reports of him being a “good helper” and “following directions” and he was the same at home. He developed a love for puzzles, and he learned all his colors, letters, and numbers really quickly. He essentially self-lead the potty training process before he was three and his vocabulary, problem solving skills and inventiveness are all quite high. At daycare he was moved up into the next class group (3-4 year olds) early to try to curb some frustration issues he was having with the “babies” in the 2-year-old room. It seemed to work.

But now he is three. And starting a few months ago, I began to receive more and more and worse and worse bad behavior reports from school. Hitting, biting, scratching. Unprovoked. Acting out toward teachers. At home we were still seeing tantrum after tantrum. These long, intense, rage-y tantrums. Hitting, kicking and throwing (stuffed animals) at ME. Overall, I would sum it up by saying LIFE just seems HARDER for him. While he’s a great kid and sweet and affectionate, everything is just too much. Things must be ordered and routine, or he could blow at any moment. We’re walking on egg shells.

I knew we needed to intervene so I started to do a lot of research about what we could do at home. We have cut out TV altogether. We locked down a firm and to-the-minute scripted bedtime routine (which had gotten out of hand – requiring us to read with him for up to an hour, plus additional time when we inevitably had to lay down with him until he fell asleep). We started eating dinner together as a family instead of feeding my son and his 17 month old sister when we got home from work (both full time). We’ve seen marked improvements at school. Cut down on the frequency (though not the intensity or duration) of tantrums at home. Two additional measures – I called his pediatrician for a behavioral consult and agreed with his daycare to set up an observation by a service provided by our state to help identify children with spectrum disorders, behavioral and/or emotional disorders.

My husband and I met with the pediatrician, to whom we described all of the above in great detail, and who nodded and agreed and could predict with crazy accuracy some of the behaviors we’re seeing before we could even say them. She drew diagrams and explained the entire chemistry of the brain. And was obviously very comfortable and knowledgeable about what she was pinpointing as an anxiety disorder. And then said SSRI prescription. End of story. Oh, so, like, coupled with behavioral therapy? Nope. Not needed.

We have not yet had the state observation, but I’m feeling so uneasy about a pediatrician recommending treatment with a drug that she explained “rewires the brain” without at least complementing it with some kind of behavioral therapy. I thought the obvious answer was that we should try behavioral therapy FIRST and kind of exhaust that as an option before resorting to drugs. And especially given the gains we’ve already seen from the actions we’ve taken in the past month (which I described to her). We’re dealing with a different animal here than what your family has been through, but I’ve read about your (and others’) positive experience with behavioral therapies COUPLED with medicinal treatments. I’ve read about the real effects of parenting style on child behavior.

So, even with the state observation still coming up, should I seek a second medical opinion on this matter? Do you or your readers have any experiences with SSRIs in pre-school aged kids?

Thanks so much for any advice.

Oh sweet lord in heaven get a second opinion. I do not know what your pediatrician is thinking, but I do not like it.

Look, I can’t dispense any sort of advice on SSRIs and young children at all. That’s…way way out of my (and this website’s) wheelhouse of experience, knowledge and general comfort zone. But I can absolutely spot the need for a more thorough evaluation and definitive diagnosis from many miles away. So picture me on the horizon, frantically waving a couple BIG RED FLAGS at you right now.

You have a state evaluation coming up, which is good. Personally, I would also seek the opinion of a private child psychiatrist, if it’s at all possible. Yes, they are often hard to get appointments with and can be out-of-network for your insurance, but when you’re dealing with stuff like this, their input and opinions can be both helpful and reassuring. Like, you know you’re doing the right thing, whatever that thing (or more than one thing! or all of the things!) ends up being.