Twitter Facebook Pin It Email Article
Prev Potty Training & Travel: Do I Pause or Power Through? Next Toddler Fears: The Dreaded Nail Clippers 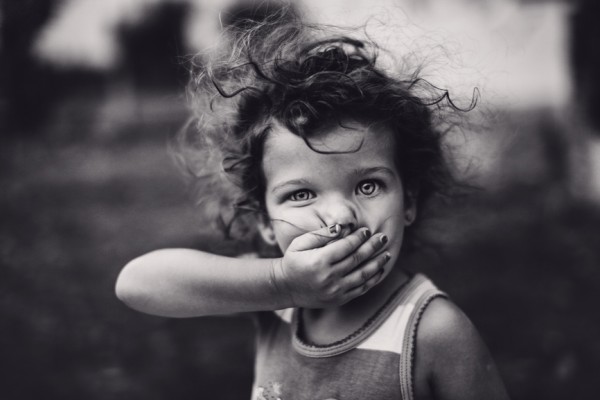 The Toddler Who Bites

My 16 month old is my bubbly, funny and sweet little man. He’s adorable and charming until he’s (rather suddenly) not and turns into That Kid. I think even I could be more tolerant of his behavior if it were just hitting, but he’s a biter, too.

I want to give you a fuller picture of who he is, but I’m wincing even as I type this because I know everyone thinks their kid is super smart and it will cue the eye rolls and exasperated sighs. He’s advanced. He’s ahead in ways that make people think we lie about what he can do (until they see/hear it) and in ways that make my stomach drop when I think about keeping up with him later.

Motor skills aren’t terribly relevant to the problem at hand, but I’ll sum it up by saying he gives me daily heart attacks at the park and can someone come up with some clothes toddlers can’t remove?

Communication, I once thought, was the issue. He got his teeth early and fast and the initial biting was due to the discomfort. We started baby signs with him when he got his first few words around 6 months and he was signing back pretty quickly and telling us when he was hungry, tired or if he was hurting. Fix it and he was ok and wouldn’t bite for a while. It always ramped up with a tooth then dropped off after it was cut.

Fast forward to the last few months, and I have no idea why this is happening! He has a ton of baby signs, over 100 spoken words on top of that, uses little 2-3 word phrases. He understands most of what’s being said, he knows that he’s not supposed to and even seems to grasp that there are consequences. What I’m unsure of is if there’s any intent behind what he’s doing or if he just has the same impulse control of other toddlers his age and how to help him not hurt people.

We use pretty basic action=consequence type discipline with him where we can and we try and change it up when it’s not working, but I feel like we’re out of gentle techniques. We leave playdates and the park after one bite/pinch, we do time-outs/cool-downs when leaving isn’t an option. I watch to make sure he’s not too busy to tell me he’s tired, hungry, thirsty or has to potty and then fix it before he can play again. We’ve tried scolding, we’ve tried explaining. He’s even asked at the gate to the park “Baby ow, go bye bye?” and I told him that if he gave another baby an ow, yes, we would have to go. He managed to control himself fairly well that time, but the next time we went and he asked, he immediately bit another kid. He’s little, but those teeth are sharp! I’m afraid he’ll really hurt someone if he decides to go for fingers or faces over arms and I’m not always quick enough to stop it. Not going outside isn’t an option for his energy level and we don’t have any non-public areas to quarantine him in due to apartment life in a city.

At the end of my rope and considering a muzzle,
Mom of That Kid

So you can actually add this behavior to the list of “things my kid is advanced at,” because the toddler biting phase (WHICH YES, IS NORMAL) typically manifests around 18 months to 2 years old. At 16 months, your son is ahead of the curve. Congratulations, I’m sorry.

(“Use your words. USE YOUR WORDS,” said every parent ever at least four million times.)

Now there’s a common bit of advice when it comes to toddler biting, which is to “bite him back so he gets that it hurts.” That is not advice that you are going to ever hear from me, and hopefully the reason is obvious: I believe in modeling behavior, in a true “do as I do, not just as I say” sense. If I say “don’t hit, don’t bite, don’t hurt” and then I go ahead and do any of those things to my child, I’m seriously muddying the issue. Sure, I can see how startling the hell out of a kid with a retaliatory bite might shock them enough to feel like you’ve “taught” them something, but it’s a short-term solution to the wrong problem. Your son isn’t biting to be malicious. It’s just toddler impulse control and communication frustration. Biting him back and inflicting pain doesn’t address either of those core developmental hurdles.

I have read a more gentle middle ground approach, which is to have your child press his own arm (or whatever body part is the typical biting target) against his own teeth and ask him how it feels if he bites down even just a little bit. That might help your son connect the words “baby ow” to a real feeling. But again, he’s really not doing it simply to cause pain, so you’re ALSO going to have to keep working at helping him with impulse control and opting for signing/talking first when he’s angry or frustrated.

And honestly, a lot of that boils down to just doing exactly what you’re doing. Over and over again, with unyielding consistency. He bites, you go home. You repeat the exact same single phrase/rebuke every time it happens, maybe reinforced with signs. I recommend buying a copy of the book Teeth Are Not For Biting and using the phrases from the text. (And reading the parents’ guide at the end — that whole series has been immensely helpful for us, for a variety of behaviors.)

I also recommend owning up to the behavior before it happens. Tell the parents of the kids he’s playing with that ugh, I am sooooo sorry but we’re in the middle of a biting phase. Promise to supervise him to the best of your ability and let them know that there WILL be swift consequences if anything happens. As a parent to three non-biters, I’d appreciate the honesty. And as a parent to one hair-puller and two toy-throwers, I’d completely sympathize and be happy to commiserate with you and maybe swap some tips or tricks.

Some parents might just opt to move their child elsewhere, which might feel embarrassing but really, it’s a safety precaution AND another subtle consequence your son to pick up on. Why did the baby go bye bye? Because the baby was afraid you would bite her. Teeth are not for biting, show me how you play nice, etc.

Another thing to try is attaching a washcloth or other bite-able object to his jacket or shirt. Babies and toddlers are all about leading/learning with their mouths, so it’s possible that the biting down just feels GOOD to your son on a sensory level, especially when he’s frustrated. So you can redirect that sensory-seeking behavior by offering him a more appropriate, alternative target than another kid’s arm. If he isn’t into biting on a washcloth, try an oral motor “chewy” that looks more like a toy but is specifically designed to give him the right level of oral stimulation. I personally recommend the ARK brand chews. And yes, these are technically for kids with speech/oral motor delays or on the Spectrum, but I really believe they are useful for any kid who seems to like oral sensory input. My “typical” kids would snag their older brother’s chews and use them when they were anxious or trying to concentrate on a complicated toy. Similar to adults who chew gum or on pens or their nails or whatever. If your son already has something satisfying to bite down on while in a triggering environment, he’ll probably be super less-likely to go for something else, aka his playmates.