Twitter Facebook Pin It Email Article
Prev 13 Reasons Why: The Book, the Series, the Issues Next On SSRIs, Young Children & the Importance of Second Opinions 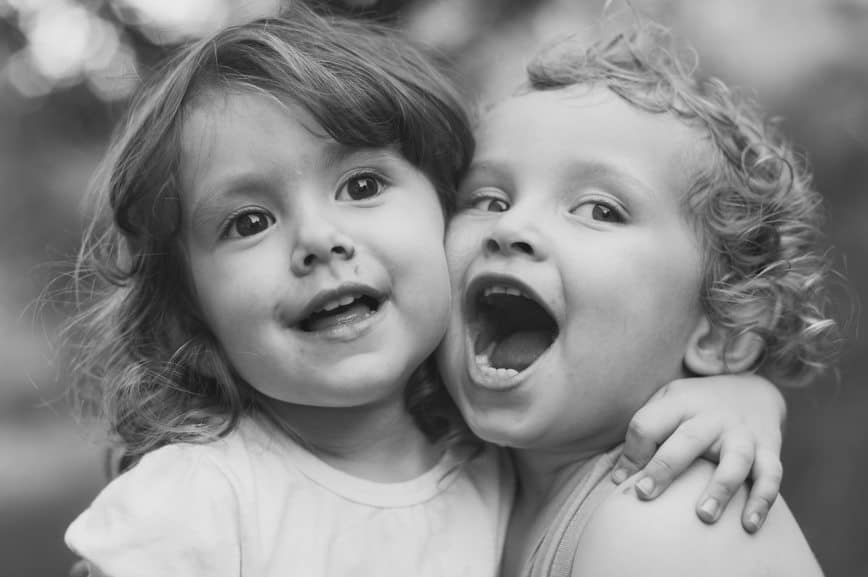 Just Say No (To Forced Hugs)

I have an interesting question regarding where my parental responsibility/obligation ends in regard to how our daycare provider handles personal boundaries with other children. Here is the scenario: We moved last summer to a fairly rural area (our town is the largest within 20 miles in any direction and it is a whopping 5,600 people) so daycare choices in general are limited and I really don’t want to create any rifts with our fairly new provider. So far we really like her and our almost 3 yo LOVES the place.

However, there is one little girl, near our daughter’s age, that has had it out for her since she started. Telling her she can’t be friends with the other kids, pulling away toys, that sort of stuff. I was not too worried, as my kiddo didn’t seem to be too fazed by it, but the provider has apparently been “battling” this issue since the beginning.

They now play together reasonably well and there are only the typical age-related incidents that have made it to my attention, until yesterday at pick-up. I was picking up earlier than normal, so this girl was there while the “goodbye hugs” were taking place for my kiddo and she put up a bit of a stink. I should add that, our kiddo is super-friendly and LOVES to talk and to hug, but I’m sure can be a bit too much for some kids. We talk to her about it being OK to just wave and say “Bye” since some people don’t like hugs, but I can tell it bothers her when someone won’t hug. Our provider has noticed this too, and has started essentially forcing the other child to hug our kid. I actually got told a story yesterday about how the other child’s mom told her she didn’t have to hug our kid (a feeling I agree with), but then our provider told her, “No really, she should. She is doing it just to hurt her feelings.” At this, the other mom told her child to hug. Given the fairly “contentious relationship” our kids apparently have and the fact that my kid makes it VERY clear that a lack of a hug makes her very sad (actual tears), I’m not going to rule out spite as a motive, but… It is her body and she should only hug who she wants to hug. I told our provider that we tell our child the same thing as this other girl’s mom, but the other child was reluctantly hugging as this was happening and we were soon on our way out the door so nothing really came of it.

My real questions are how much can I do to prevent my child from being part of making another child potentially uncomfortable? I don’t really know the personal dynamic between these two, as I have rarely ever met this other child, and have never seen the two interact outside of this one incident so I feel like I should err on the side of the person who sees them 5 days a week for 6+ hours a day. How much should I be trying to enforce the parenting decisions I heard that some other parent is sort-of making, when they don’t appear to be trying to have it enforced themselves?

I also wonder if this is a battle I want to get into since I am deathly afraid of losing daycare when there are so few places to choose from and this isn’t a life-threatening issues, but is one that centers around a relatively new belief in parenting that kids have bodily autonomy, unlike the more traditional view of “do it even if you are uncomfortable because politeness and their happiness is more important than your own comfort” that is still quite prevalent in our community. Clearly my kid is happy to get to hug her “friend” but I don’t want to think that her friendliness is going to impart harm on another and our kiddo is still struggling to understand that others don’t always like the same things she does, so I don’t think I can end the forced hugs from our end with lessons to our child, at least in the near future. Well, WWAD?

Personally, I’d cut out the middlewoman of the childcare provider (for now) and reach out directly to the other child’s mom. While your children may have a “contentious” relationship, that’s no reason you two need to mirror that, especially since you’re probably in the exact same boat. Which is: Stuck with super limited childcare options and a desperate desire to not rock the boat you’re in, even in the face of things that make you uncomfortable.

Because yeah, if my child was being ordered to hug someone she didn’t want to hug (and being accused of being “spiteful” because of it), I’d be pretty damn mad. Livid, even. It’s especially loaded since we’re discussing girls here — girls traditionally get even more pressure to be sweet and docile and to accept unwanted affection from others, and while this might seem innocent (it’s just another little girl! they’re only three!), this is also exactly where/how the insidious bullshit around bodily autonomy and consent starts. And it does have lifelong consequences, for sure. This little girl is allowed to say “no” to hugs, or any unwanted physical contact. This little girl should NOT be told she can’t do that (or have her reasons for doing so questioned) by a person in authority.

No means no. She accepts no, and likewise understands that when/if SHE ever decides to say no, it will be respected and that follow-up pressure/coercion isn’t okay.

And it’s also just as important that your child starts learning and understanding the concept of consent as well. No means no. She accepts no, and likewise understands that when/if SHE ever decides to say no, it will be respected and that follow-up pressure/coercion isn’t okay. This whole “oh it’s not a big deal, just hug her anyway, look you’re making her SAD” attitude is every bit as harmful to your daughter as it is to the other child. Nip that crap in the bud, for both of them.

Talk to the other mom. Tell her you are absolutely okay with her daughter not hugging yours — you’re actually 100% on her side, in fact — and that you’re actively working with your daughter to respect other people’s personal space, ask for permission, and not take a “no I don’t want to hug” so personally. Maybe you two can work out a compromise like a high five or handshake instead of a hug. And if there IS a touch of spitefulness/drama going on here, you get the girls together for a special playdate outside of preschool. (This is also my go-to advice for anyone dealing with a situation like the one you described initially — get the daycare bully/queen bee/ostracizer away from their audience and let the kids play one-on-one. They might never end up as super huggy BFFs, but it typically helps balance out the dynamic a lot.)

Once you two have worked out an agreement, you go together to the childcare provider and communicate your collective wishes. I know you’re loathe to make waves or be seen as “difficult” (GEE FELLOW GROWN-UP FEMALE WHERE DID YOU EVER DEVELOP THAT FEAR) but you do have power here. You have the right to speak up to the person you have hired to perform a job when they are not performing said job in a way that makes you comfortable or happy. “We’ve agreed that Arya shouldn’t be made to hug Sansa if she doesn’t want to. And that it’s important for Sansa to learn that she needs to ask for someone’s permission before hugging them, and accept it when they say no. We’re trying to find an arrangement at pick-up time that makes everybody happy, like a high five or a wave, and we’d both appreciate your support and any ideas you have around this.”

And then use this situation to start talking to your daughter about her own right to personal autonomy, and the idea that yes, she does need to get PERMISSION before hugging people. That is a lesson you need to teach, and to take responsibility for on your end, as daunting as it may seem. I know it’s always super charming to see little kids show affection and hug each other, and I get that she’s sweet and friendly and sensitive and takes the physical rejection as an emotional one. But you do kind of have to re-frame this one for what it is: Just like a child who makes other children physically uncomfortable from hitting/pushing/other unwanted contact, she needs to learn that other people have the right not to be touched.  I mean, every child needs to learn that! It’s not a default setting! Every parent ever eventually runs into this issue from one side or the other! I’m not implying your daughter is doing anything TERRIBLE or CRAZY AGE INAPPROPRIATE here, but it’s still behavior that shouldn’t get a free pass because it’s cute, or isn’t actively hurting anyone. No means no, be it a hug or a hurt. She’ll likely outgrow the “I want to hug EVERYONE” impulse, but the consent lesson will stick. Give her a script and practice it at home.

And etc. If you can get to the daycare pick-up a little early again, step in and prompt her before she goes in for her first hug (even if it’s a kid who is generally happy to accept one). “What do we ask first, before we hug?” I highly, HIGHLY doubt that you’ll get kicked out of your daycare for gently teaching your own child about the concept of personal space. I mean, if you did, that’s probably a sign of a daycare you should run screaming away from anyway, limited options be damned. But if the provider is otherwise reasonable (and she clearly does care about your daughter’s happiness there, although is using a misguided approach to this particular issue), I really can’t imagine you facing any sort of blow back for this.