Twitter Facebook Pin It Email Article
Prev “Thank you” is Not Enough: When a Teacher is So Much More Next Confessions of a Recovering Naggy McNaggerson 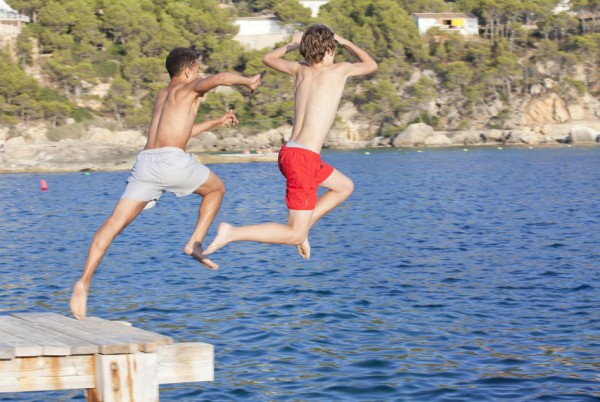 My Kid is Ready for Sleepaway Camp. But I’m Not.

I’ve been hearing about sleepaway camp for as long as I’ve known my husband. I’m pretty sure it came up on our first date. Why? Because my husband describes it as the defining experience of his childhood.

He believes it allowed him to grow and change in ways that would never have been possible without those 4 weeks away from home every summer. As he describes it – at summer camp, he wasn’t defined by school labels or parental oversight. He could be anything he wanted to be.

My husband wasn’t even satisfied just being a camper. He went on to be a CIT (counselor in training) and then a counselor. In fact, if it was possible, I’m pretty sure he’d still be up there in the Poconos participating in Color Wars.

The way he describes it, it sounds like more than a summer camp. It sounds like a cult. A happy, sunny cult. As a kid, I was a day summer camper. I liked camp alright (especially the creative artsy ones) but it was hot. Kind of buggy. And I was a shy kid. At the end of the day, I was happy to go home.

Which is why the issue of sleepaway camp has alway been a thorny issue for us.

Of course, he wants our children to go! He wants them to have the same incredible experience he did. Which totally make sense.

But I am very hesitant. First of all, I don’t like the idea of my kids being away so long. Gosh, I’m happy when they return from a one night sleepover! I like to know they are home at night, tucked safely and soundly in their beds. Does that make me a control freak? I don’t know. Maybe.

But I’ve seen many parents who have sent their kids away for the summer and I’ve witnessed a lot of crying. From the moms and the dads. They don’t regret the decision but they are severely pained by the experience of missing their children.

Also, the cost. Sleepaway camp can be quite expensive and I’d rather spend that kind of money as a family. In Europe. Or some other cool trip. Instead of spending every night, while my kid is at summer camp, weeping and desperately searching the camp website for a fuzzy picture of my child. Is that their elbow? Do they look happy? Do their teeth look brushed?

So I was always kind of relieved that my children hadn’t shown much interest in sleepaway camp. Until this year. My 11 year old knows many kids that do go away during the summer and now she wants to be a part of it.

I think this desire to go is important and one of the big signs that it’s certainly time to consider sleepaway camp. (We discuss others in this Alpha Mom piece.) My tween is very independent and longs to have more freedom. She sees camp as her ticket out of here.

But I don’t want her to go. Maybe it’s selfish. But I don’t.

So where does that leave us as a family? A bit stuck.

But we have found a possible compromise. Down where we live in South Florida, there are summer camps where you spend five days a week at an overnight camp and then come home on the weekends. And it’s somewhat affordable. I floated the idea with my daughter.

“But why would I want to come home on weekends?” she asked.

“Because your family loves you. And we want to see you,” I explained.

She considered this and said she was open to the idea.

Would I miss her? Yes. Oh my gosh, yes. Would I work hard at letting her go? Yes.

Maybe we might be figuring this out after all.