Twitter Facebook Pin It Email Article
Prev If, When and How to Address Tween Facial Hair Next My Kid is Ready for Sleepaway Camp. But I’m Not. 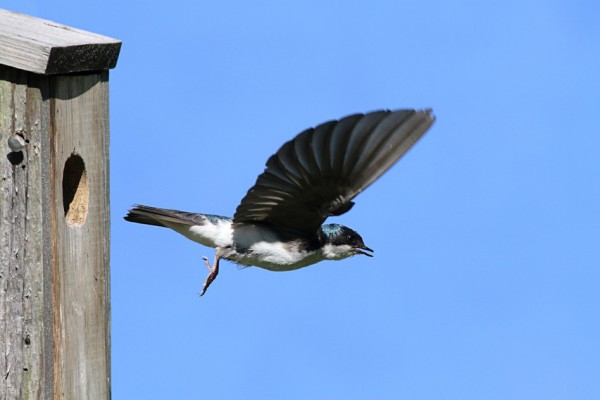 “Thank you” is Not Enough: When a Teacher is So Much More

There’s this teacher. Wait; no. That’s not where I need to start.

There’s my kids. My wonderful, complicated kids with special needs, and a sea of teachers over the years who get them—or don’t—to varying degrees. Lord knows I’m not shy with my criticism when I feel that a teacher hasn’t done right by one of my children. (See also: Exhibit A; Exhibit B.) But I am also ready to praise a teacher from the rooftops when one of them goes above and beyond, which is why my very first column for Alpha Mom, years ago, was inspired by one of the best teachers my kids have ever had. (Not coincidentally, that’s probably why that post was very popular, too.)

So there’s my kids, and there’s their band director.

I tell people my daughter’s difficult journey never would’ve brought her back to us without her involvement in marching band, and—more specifically—the help of this band director. To say that he went above and beyond only begins to capture what he’s done for her, and for our family. My daughter joined marching band as a rising eighth grader, which means that now, as a senior, she is in her fifth year with this teacher. He has seen it all with her. He has given her slack when she needed it and called her on the carpet when she needed that. He has checked in with her and with us parents and asked, countless times, “What can I do? What does she need?” He mourned with us when she chose to move away as a freshman and welcomed her back with open arms when she returned a few months later. He never judged her through her struggles, never stopped believing she would triumph, and has celebrated with us as she’s blossomed into a confident young woman and musician. My daughter refers to this teacher as her “third dad.”

When it came time to transition my son from homeschooling back to public school, I approached the band director with an apologetic, “I don’t really know that he’s very musical, but—” He never even let me finish. Of course we would put him into the band program. He would be happy to have him, and what instrument did I think would work best for him? While my daughter has always loved music (that love sometimes finding interference from her other issues…), my son wasn’t so sure about band. And whoa, he wasn’t so sure about marching band, either. His first year in band camp was rough. (“Why am I even here? I hate this!”) The band director was patient and kind but also unyielding in his expectations, and over time, my son came to love everything about band. Unlike his sister, he won’t be going into a music-related career. In fact, I’d be surprised if he ever plays again, after graduation, but that doesn’t matter. He found a home in the band program. He found a role model in our band director.

Our family has been fortunate beyond measure to have this incredible teacher in our lives for the past five years. An educator like this is rare under the best of circumstances, and to be lucky enough to see your kids grow with one year after year seems almost too good to be true.

There’s this teacher, and he’s amazing. And he’s leaving our school at the end of this year.

The thing is, our hearts are breaking.

It’s selfish. But there it is.

He broke the news to the kids this morning, and my daughter is a mess, and even more of a mess because, “I don’t know what’s wrong with me, it’s not like I was going to be here next year, anyway.” (Oh, I don’t know… how about change is hard or you were looking forward to seeing him when you came home to visit or simply he matters to you and you don’t want him to leave?) My son is being very stoic—he reported to me via text that lots of kids were crying, but it was clearly already very difficult for the band director and he didn’t want to make him sadder.

Life brings us different people and different situations and some people, I hear, thrive on change. In my family, we thrive on routine. We thrive on knowing who and what will make up our days, and we are especially comforted by having trusted allies in our corner. Whether consciously or unconsciously, we all assumed This Is How It Will Be Forever, and… it’s not. It’s also a perfectly normal—if hard—part of life, so we’ll do our darnedest to frame this as best we can. This is not the first time someone important moves on from our immediate sphere, and it won’t be the last. Isn’t it great we were together for so long? It’s okay to be sad, but let’s also try to be grateful. And let’s make the most of the time we have left together. Finally: We’re going to be okay. (The “we’re going to be okay” part may seem trite and obvious, but let me just gently point out that if anyone involved has any sort of loss/abandonment issues, simple though it may be, this phrase can be a balm and an empowering mantra.)

There’s this teacher to whom we owe a debt of gratitude. Some people go through their entire education without ever having a teacher like this, much less having a teacher like this for years. We’ve been lucky. How will I ever thank this man enough for what he’s done for my family? Maybe I’ll just try to write about it—badly, because words cannot do justice to the difference he has made in my kids’ lives—and keep telling people to put their teens in marching band. And I’ll just keep saying it: thank you, thank you, thank you.