Twitter Facebook Pin It Email Article
Prev Is Tween the New Toddler? Next Dieting In The Wake Of Anorexia 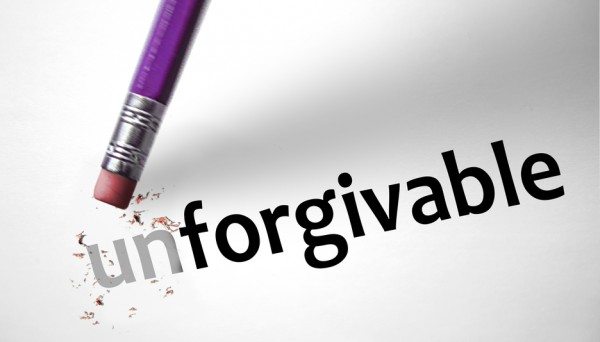 Years ago, Chris Jordan wrote what is perhaps one of my favorite posts here at Alpha Mom. It’s called Seven Rules On How To Apologize and I wish we could make it required reading for the human race. Apologizing is hard for everyone, and near-impossible for some. I don’t know whether admitting wrong-doing is just too uncomfortable for people, or compassion is lacking, or what, but the apology often feels like a lost art, to me.

Recently we had a situation where a teacher behaved in an inappropriate manner towards one of my teenagers, and I am typing this very slowly because when I say, “in an inappropriate manner” what I really mean is “in a harsh, demeaning, and soul-shredding way in front of a room filled with other students,” and we are still dealing with the fallout. No kid wants to be the target of a teacher’s rage, of course. For a sensitive, struggling kid to be dressed down by a beloved teacher 1) for something that, as it turned out, wasn’t even true and 2) in front of others was… well, I got to deal with the sadness and bewilderment in the aftermath, and it wasn’t pretty. Color my kid crushed.

There’s a delicate dance to be done, here. My kids are in high school. My helicopter only lands on the lawn there in case of emergency, y’know? I felt like this was an emergency. From where I was sitting, not only had a huge injustice been served to my child, it had come at the worst possible time and with a cascade of terrible results—said child not only felt returning to that particular class was impossible, but of course the teacher involved is also the advisor for several other activities which my kid was now willing to give up, rather than have to deal with this teacher ever again. None of these options were practical, of course. And yes, in a perfect world my teenager could self-advocate and work towards a resolution, but in this case it was all too overwhelming, so I did step in… first with email, assuming that the teacher had something else entirely going on and this incident was a “collateral damage” sort of situation, giving the teacher ample opportunity to apologize and backtrack and gracefully recover. My email was initially ignored, then the response came basically assuring me that my child deserved exactly what had happened. Which… yeah, no. No child—no human being—deserved what had happened here, and the information on which this supposed “deserved” incident was predicated was still incorrect. So I escalated up a level, which led to a meeting at school where I was assured the matter would be addressed. [Small factoid that may or may not be relevant: As part of this particular cluster-you-know-what of events, something had happened which is in fact a prosecutable offense, if I should choose to lodge a complaint with the school. Regardless of any he-said/she-said, all involved school staff knew that if this was not resolved, I could make things very difficult for the teacher.]

My kid was called in for an apology, only it violated just about everything on Chris’ excellent list. It was a model of the non-apology. “I am sorry you felt sad,” was repeated several times. “Not that many people heard us,” was, I believe, another part of it. “I was frustrated because…” and so on. I felt my blood pressure rising as it was recounted for me, later. My teen, though, wow, it’s awfully nice to raise people who turn out to be more highly-evolved than yourself, let me tell you. “[Teacher] tried,” my child said, with a shrug. “[He/she] probably got in trouble, so it probably won’t happen again. I can go back to class now, I guess.” But there was a bond and a trust there, before, and it’s been broken. I’m glad my kid is so willing to move on even without the apology that should’ve happened. I choked back my own fury and nodded, congratulating my kiddo on such a pragmatic viewpoint, and trying to convince myself that the slumped shoulders and sadness in my kid’s eyes weren’t really there.

Later that night, one of my teens got upset about something, and while storming around about that, picked a fight with the other one. In very short order everyone was crying and yelling and it was just as delightful as it sounds, I assure you. Finally I snapped at one of them while tending to the other, and yeah, I snapped at the same kid who’d just been through this ordeal at school. Having gotten the other kid calm and situated, I returned to the first kid, who was trying not to cry while saying, “But it’s not fair because I didn’t do anything and you got mad at me!”

It is with shame I must admit that I justified my actions. Even after everything the last few days had wrought, I was That Person. “You did—” and “Why didn’t you—” and the like popped out of my mouth, and I watched as my child got smaller and smaller in response to my words.

I stopped. I tried to catch my breath, which was hard, because my chest hurt.

“Forget everything I just said,” I said, finally. “Listen to me very carefully. I am going to demonstrate what should’ve happened for you at school, and what I should’ve said in the first place. Are you listening?” I took a deep breath and tried to ignore the tear that spilled down my cheek. “Sweetheart, I am so sorry. I behaved badly. I said something I shouldn’t have, and it doesn’t matter why, it only matters that I regret it and I am so, so sorry I hurt you. I hope you can forgive me.”

My teen, my adult-sized child who had been pretending for a few hours that everything was fine, nodded and burst into tears. Finally a choked, “That’s what [Teacher] should’ve said,” came out, and we sat on the floor together, arms around each other, and cried. Because sometimes people you love wound you and don’t make it right again. Because life is hard and often unfair and sometimes it just plain hurts.

Later, we talked about how some people don’t know how to apologize, or how sometimes even people who know how find all kinds of reasons why they don’t need to. It doesn’t necessarily make them bad people. We’re all doing the best we can, and sometimes other people’s best doesn’t feel very good. We keep going, and we forgive as often as we can, even when maybe it’s not “deserved,” because forgiveness is a gift for ourselves in an attempt to let go of what hurts. Did it all sink in? I have no idea; heck, I’m still working on this, myself.

My plea to the world today: Please learn how to apologize properly. It’s far too easy to break someone with your words; the least you can do is try to fix it when it happens. Better still, be gentle with everyone, and then you won’t have to.