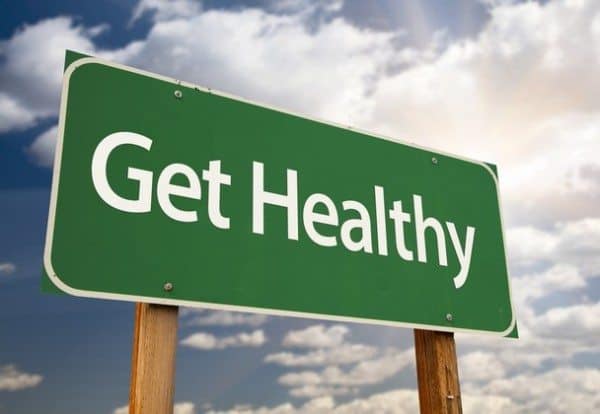 Dieting In The Wake Of Anorexia

Five years ago I banded together with a group of friends for a fitness challenge. This was new, for me, as I’ve always been naturally slender and only run when chased (and don’t feel terribly enthused about other forms of exercise, either). But… age and early menopause are harsh mistresses, and I found myself not fitting into my favorite clothes and just generally feeling blah. We launched our project at the beginning of 2010, referring to it among ourselves as “10-10-10” (lose 10 pounds in 10 weeks in 2010), and for a while we maintained a group blog to chronicle our journeys. In the end, we’d all achieved varying levels of success in diet, exercise, decluttering, and other sorts of “personal growth and organization” sorts of goals.

I lost the ten extra pounds I was carrying, developed a regular exercise habit (something I wasn’t sure I’d ever manage), cleaned out my closet, and felt amazing for, I don’t know, about two years.

And then… well, life marches on, and not always in the direction you wish it would. First my daughter was mysteriously ill, and then it was less mysterious but still turn-life-upside-down level difficult, and things got worse, and then better, and then worse, and better, etc. (you get the idea). I stopped exercising. I stopped taking care of myself at all, really, for a long time (rookie mistake of weathering a life crisis, by the way). And because part of what we were coping with here was a teenager with an eating disorder, I stopped watching what I ate. Entirely. I’m not blaming her, you understand—that was 100% my choice, and one I’m not even sure I was aware of, at the time—but as we struggled to reinforce the notion that responding to hunger is healthy and smart and restricting food is bad, I ate whenever and whatever I wanted to. I ate with her and I ate alone. I ate when I was hungry. I ate when I was bored. I ate when I was sad, which was more often than I’d like to admit.

I gained back the ten pounds I’d lost, and swapped out all of the new, cute clothing I’d bought after the fitness challenge for my old, larger clothes. Over time, I gained fifteen more pounds on top of that, and had to go shopping for new pants. I stopped looking in the mirror. I told myself I didn’t care; I had more important things to be worried about.

Am I obese? No. I’m not even overweight, really, because the weight I’ve gained has been kind enough to distribute itself fairly evenly and I was pretty small before. But I feel different, I look different, I don’t like the way my clothes fit, and I feel tired all the time. I don’t feel like me. I have arm waddle, now (women my age and older know exactly what I mean by that, right?), and someone has injected my rump and hips with a generous measure of cottage cheese, I’m pretty sure. Summer is coming and the thought of donning a bathing suit makes me want to cry. My husband compliments me and I deflect with a self-deprecating remark. I find myself making “I’m so fat” comments and I want to smack myself for being shallow and for saying stupid things (especially saying that sort of stupid thing in front of a recovering anorexic; please pass the Mother of the Year trophy over here), and finally it became clear that I had to make a change for my mental health, if not for my physical health.

I started exercising again a few months ago. While there are periods of time where I hate exercising less, I am never a “wow I love to exercise!” person. I’ve cycled through various options and have finally made peace with the fact that riding the elliptical is never going to be something I love, but taking a walk or going for a bike ride with my husband is always a good idea because he’s my favorite. So I rope him into going out with me and I get to spend time with him and my body’s moving. Win!

Exercise alone didn’t move the scale, probably because I’m not exactly running marathons, and also because I kept eating with wild abandon. About a month ago I started dieting. Now: diet is a four-letter word, I know. I don’t want to be doing anything crazy or extreme, and I still want to be modeling good choices and habits; the goal is moderation, health, and a sustainable model of eating. I feel a tremendous pressure to do this “right” so as to avoid sending any unhealthy messages about food. At the same time, staring down the barrel of at least 15 pounds to lose (getting back to where I was five years ago isn’t necessary, but I do need to take off some of this weight) is disheartening and let’s be honest, I would love a “quick fix” if one existed.

In short, I needed to figure out how to make healthier choices and get serious about losing some weight while trying to send the message that there’s no such thing as an “ideal” weight and one needn’t be influenced by one’s body size in terms of happiness, blah blah blah. Geez. Having to be all well-adjusted and evolved with this whole setting a good example thing when I only have two pairs of pants that fit is kind of a drag. (Kidding.) (Not kidding at all.)

So I’ve been eating high protein, low carb, and lots and lots of vegetables. Every weekend I take a “day off” and eat whatever I like, which is still pretty moderate, but will include a dessert or a glass of wine as a treat. I’m making a conscious effort to be very careful about what I say, and to talk about what I’m doing in terms of feeling better rather than looking better. And I’m trying to take a walk or a bike ride every day, and sometimes I’m able to convince one or both kids to come along, because it’s fun.

I’ve lost five pounds so far. It’s a good start at a sustainable pace. I’m starting to feel better. I’m not making a big deal about it, and I’m constantly reminding myself that the number on the scale I achieved five years ago may not be practical now, and that’s perfectly okay. I just want to feel healthy and whole. Neglecting myself for years caught up with me and it was easy to look in the mirror and go, “Ugh, so fat,” rather than look inside of myself and say, “Wow, I am really stressed out and not addressing that in a productive way.”

The bottom line is that I set a poor example for a long time. It was inadvertent but that doesn’t make it okay. As much of a minefield as it feels like to rectify both the example and my health, now, I think it’s going to be good for both of us.