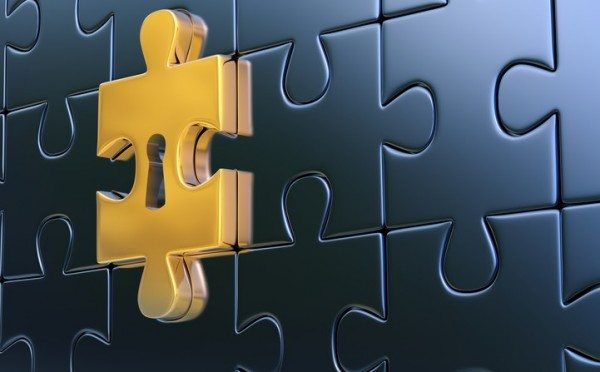 The Dance Of Disclosure

In a perfect world, everyone gets to be whoever they are, and no one judges them for it. Right? That’s the fantasy? Because the reality is that everyone is constantly in danger of being judged for… well… everything. And there is no stickier time for the judgment of others than during the teenage years. This is when kids either want to “be like everyone else” or be exactly unlike everyone else, but on their own terms. They want to control the narrative, and this is no time for anything which (they feel) may make them look weak or lacking.

And so, my friends, my family has arrived at yet another chapter conspicuously absent from the parenting manual: Disclosure of special needs.

Many, many years ago, before any diagnoses or labels or the in-your-face realities of raising kids with special needs, my youngest was clearly different, and struggling, and we were on a mission to figure out what he needed. I met some amazing and helpful people during that journey, but for every one of them, I also met (or already knew) someone who wanted to caution me against having him formally diagnosed. “People will judge,” I was told (over and over). “The label is all anyone will see,” someone told me. This point of view was—and remains—baffling to me, because it turns out that you can’t be, I don’t know, less autistic if you simply refuse the label out of fear of stigma. And from where I’m sitting, the label has gotten us services, accommodations, and often patience and understanding we might not have otherwise had. The label isn’t everything, but I see it as a useful tool. Being afraid or ashamed of it has never made any sense to me.

[And as a quick aside, which will have every fellow autism parent nodding, I bet: My son started occupational and social therapies when he was 5. My daughter—like many autistic girls/women who manage to fly under the radar—wasn’t diagnosed until she was 14. Go on, guess who’s arguably “better-adjusted” at this point. Guess who’s more comfortable with the label. Yeah.]

When the kids were little, disclosure was up to me, and I disclosed all over the darn place. “He’s autistic!” I would volunteer, the moment his behavior strayed from the norm or I noticed someone side-eyeing him. “It’s not an excuse but it is an explanation,” I drilled into both kids, hoping they understood the nuances of explanation vs. still understanding (and trying to work within) societal norms when expected. “I’m autistic so you might find me a little weird, or I might not look at you while you’re talking, but that’s okay. Just tell me if I do something that’s bothering you,” I would overhear my son offer by way of introduction. We’ve always been proud of who he is, and I’ve always loved those moments where it’s clear he’s comfortable in his own skin. My daughter has always been much (much much) less comfortable with disclosure, due, I’m sure, to a combination of later diagnoses, her inherent personality, being a girl (and much more attuned to social stigma), and the fact that at nearly 17, she is still working on that whole “comfortable in her own skin” thing.

High school means I show up for IEP meetings and advocate for the kids at school, but I let them take the lead in terms of what they’re willing to tell their teachers and peers. My son is still fine with letting his teachers know he’s autistic. I notice he doesn’t volunteer it to other kids as often as he used to, and he’s also better at “passing” than he used to be, so maybe he doesn’t feel the need (and that’s fine). My daughter is more complicated, in every possible way. She has multiple diagnoses and she has allowed them onto her IEP bit by bit, but I know a lot of what’s on there she has chosen not to share with her peers.

Now we are entering the realm of interviews—for special programs, for jobs, for college—and maybe I shouldn’t have been surprised, but I find both of my teens resisting any encouragement to disclose where their special needs may be impacting them. “I just don’t think it’s relevant,” my son said to me with a completely straight face, which made me laugh (which made him mad; oops). “It’s going to sound like an excuse,” my daughter said, her mouth set in that hard line I’ve become all-too-familiar with, the one that means “I hate that this is hard for me.” They don’t want special treatment, either of them. And yet, they have different needs and challenges, and sometimes just making the other people in the room aware of them is enough.

“It’s not an excuse, it’s an explanation,” I repeat, the words automatic, but my tone belying the frustration I feel on their behalf. How do you walk that fine line between demonstrating self-awareness and perhaps being taken as making lame excuses, when you’re not even old enough to vote? I know full-grown adults who are still terrible at this. Is it too much to expect my teenagers to advocate for themselves in productive ways when it means disclosing the parts of themselves about which they feel the most insecure?

There have been some crushing disappointments, lately… some which, I’d argue, might’ve been avoided or at least somewhat alleviated if the kid in question had been willing to disclose a bit more. But that’s Monday morning quarterbacking, so I could be wrong (and even if I’m not, what’s done is done). In the spirit of hope, though, here’s two recent real-world victories:

1) Getting the College Board to grant any sort of SAT testing accommodations appears to require an act of Congress, and my daughter has applied through the school and been turned down several times, already. After her last scores came back (not terrible, but more reflective of her learning disability rather than her capabilities), she did her own research and decided to take the ACT (and apply for testing accommodations there), instead. She got herself registered, rounded up her 50-page accommodations packet entirely on her own—which included basically sharing her entire diagnostic history, which I know was scary for her—and got everything in order well ahead of deadline. Her extended time accommodation was granted (woohoo!) and she is feeling relieved and ready to test. She disclosed and got what she needed.

2) My son recently attended a new-to-him club at school and at his first meeting he misunderstood something that was being discussed; he thought the advisor was asking existing members to weigh in on something when in fact she wanted everyone to chime in. He lost himself in a book while the discussion went on around him, much to the consternation of the advisor (who, understandably, thought he didn’t want to be there). With some gentle encouragement at home, he returned to apologize the next day. And even though he’d argued with me that disclosing was unnecessary, he ended up explaining that sometimes he misses social cues because of his autism, and he hadn’t meant to be rude. It turns out that the teacher has two autistic sons of her own; the apology was accepted and a rapport was formed.

What I tell my kids is this: Disclosing is always going to make you feel vulnerable, but it’s also the only way to make sure you’re being taken for who you really are. I’ll keep encouraging them to disclose and be comfortable with who they are, and I’ll also keep hoping that others can appreciate them, challenges and all.