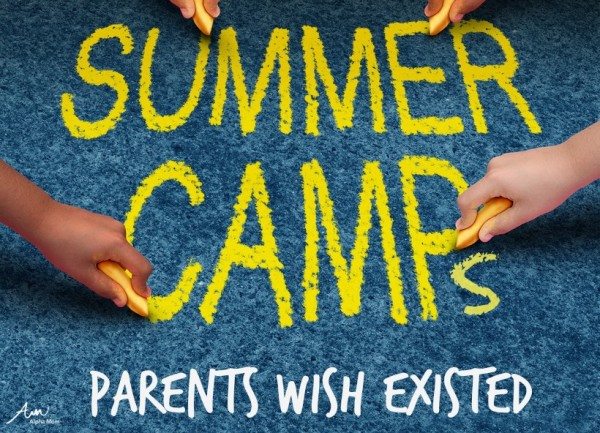 When I was a kid, there were basically two types of summer camps you could attend: sleepaway and not-sleepaway. But now it seems like there are camps that specialize in almost any interest a child might have. In Austin, where I live, there are day camps for things like Drama, Art, Water skiing, Science, Sports, Stunts and even a Victorian Era camp for the kids just itching to crochet, drink tea and play badminton when it’s 110 degrees outside. (No word on whether the girl campers will be asked to wear corsets or if there’s a fainting couch should they develop the vapors.) 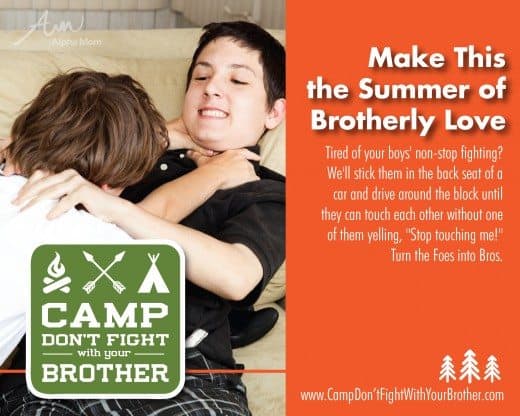 The Don’t Fight With Your Brother Camp
Campers will be placed in the back seat of a car and driven around the block until they can touch each other without either one of them yelling, “Stop touching me!” (Advanced campers will do this in a Mini Cooper with a busted air conditioner.)

The How To Load the Dishwasher Camp
Campers are given a full meal to eat, then they must figure out how to get their dirty dishes clean again. Plop them in the sink? Let the dog lick them? Not at this hands-on camp! Counselors will explain everything there is to know about a dishwasher, starting with what a dishwasher is. (Hint: It’s not Mom.) 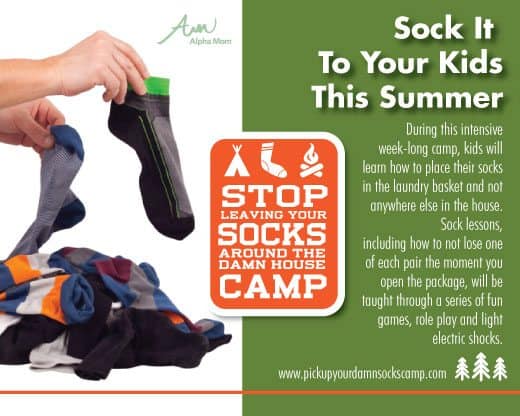 The Stop Leaving Your Socks Around the Damn House Camp
During this intensive week-long camp, kids will learn how to place their socks in the laundry basket and not anywhere else in the house. Sock lessons, including how to not lose one of each pair the moment you open the package, will be taught through a series of fun games, role play and light electric shocks. 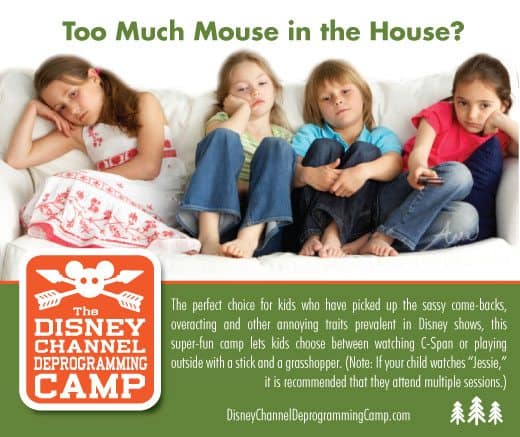 The Disney Channel Deprogramming Camp
The perfect choice for kids who have picked up the sassy come-backs, overacting and other annoying traits prevalent in Disney shows, this super-fun camp lets kids choose between watching C-Span or playing outside with a stick and a grasshopper. (Note: If your child watches “Jessie,” it is recommended that they attend multiple sessions.) 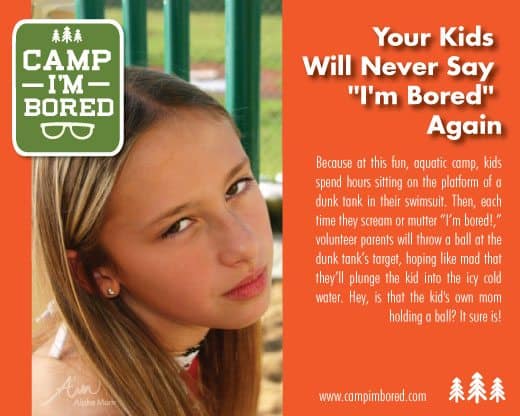 The “I’m Bored” Camp
Don’t forget your swimsuit, campers, because at this fun, aquatic camp, you’ll spend hours sitting on the platform of a dunk tank. Then, each time you scream or mutter “I’m bored!,” volunteer parents will throw a ball at the dunk tank’s target, hoping like mad that they’ll plunge you into the icy cold water. Hey, is that your own mom holding a ball? It sure is!

What are your dream camps? Let us know.