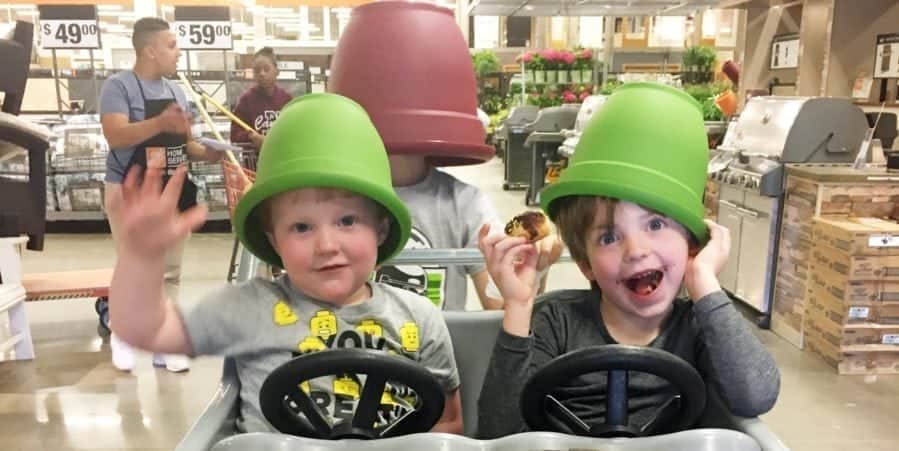 DIY Summer Camp at Home: the Good, Bad and Muddy

It all started last year, in the Summer of 2017. My husband took a sabbatical from work and was able to stay home and be with the family. We had a couple of vacations planned but otherwise not much going on. We wanted to relax and decompress, fix up the house, work on personal projects, do things we always wanted to do but didn’t really have the time. And what better way to relax and decompress all summer long than to spend it with three, active boys with an attention span of about 13 minutes on a good day?

Finally, when people asked what camp I would be sending the boys to for the summer, I was able to proudly say, “Camp Boudreaux!”

In our suburban town, people work long hours commuting to and from New York City. The frenzy around finding a summer camp can start as early as January. The anxiety is high and there’s a strange competitiveness to it. There are sleep away camps, day camps, fencing camps, soccer camps, swim camps and sports camps. There is a camp for every discipline if you’re willing to pay for it. I’m not sure if it’s because I have three kids, three plus years apart, all with very different personalities and therefore likes, but I find the process terribly overwhelming. And when scheduling my kids’ lives becomes too overwhelming, I tend to shut down completely. I am not an over-scheduler. I made that mistake before. It’s expensive and everyone seems to end up absolutely miserable. 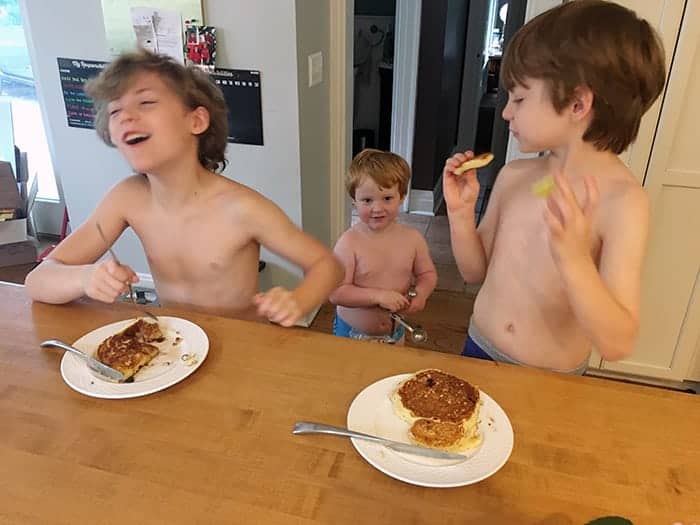 Here at Camp Boudreaux, Head Counselor regularly makes homemade buttermilk pancakes and Campers get to eat in their underwear. The Little Camper doesn’t like sweets because he’s weird, so usually he eats black beans or something equally as un-breakfastlike.

Anyway, by April, friends were asking me If I’d found a camp for the boys yet. “They fill up fast! Don’t wait too long!” And when I finally got around to looking into one of the more popular camps, one recommended by several families, I saw the price tag and thought, “Are you kidding me? For that money you could take the kids to Europe!”

“But they serve lunch!” Answered one mother.

“Is it prepared by Thomas Keller?” I would wonder.

Summer Camps near us are expensive

The popular camp costs over a $1,000 each week (unless you go for all 8, in which case there is a slight discount.) Basically, after doing the math, if I chose to put all three boys in this day camp for 4 weeks it would cost me $13,975. That’s like my entire college tuition. 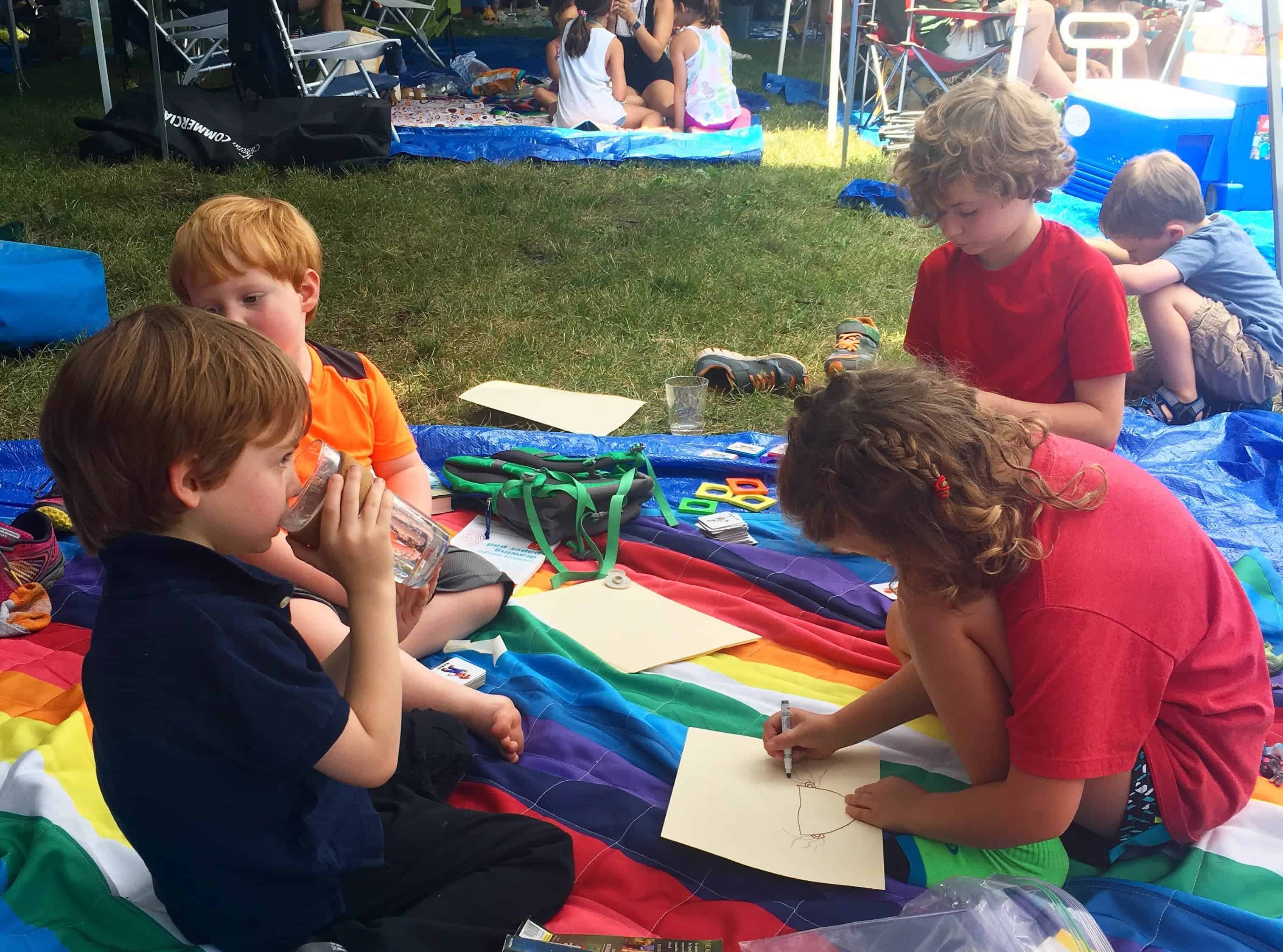 After discussing it with my husband, we opted to keep the kids home. After all, I don’t work full-time and my husband would be available somewhat as well. We decided we could use the money we’d have spent on summer camps and roll that into our own camp. Also: booze after hours for coping with said camp.

Finally, when people asked what camp I would be sending the boys to for the summer, I was able to say proudly, “Camp Boudreaux!”

I am Head Counselor. I am 44-years-old (43, when I became Head Counselor of Camp Boudreaux). I have the help of Co-Counselor, my 40-year-old husband. We enroll three campers: Oldest Camper (almost 11), Middle Camper (7), and Littler Camper (4). We also have three feline campers and one canine. They make appearances as well.  Sorry, but enrollment at Camp Boudreaux is full and we can’t take any more campers. 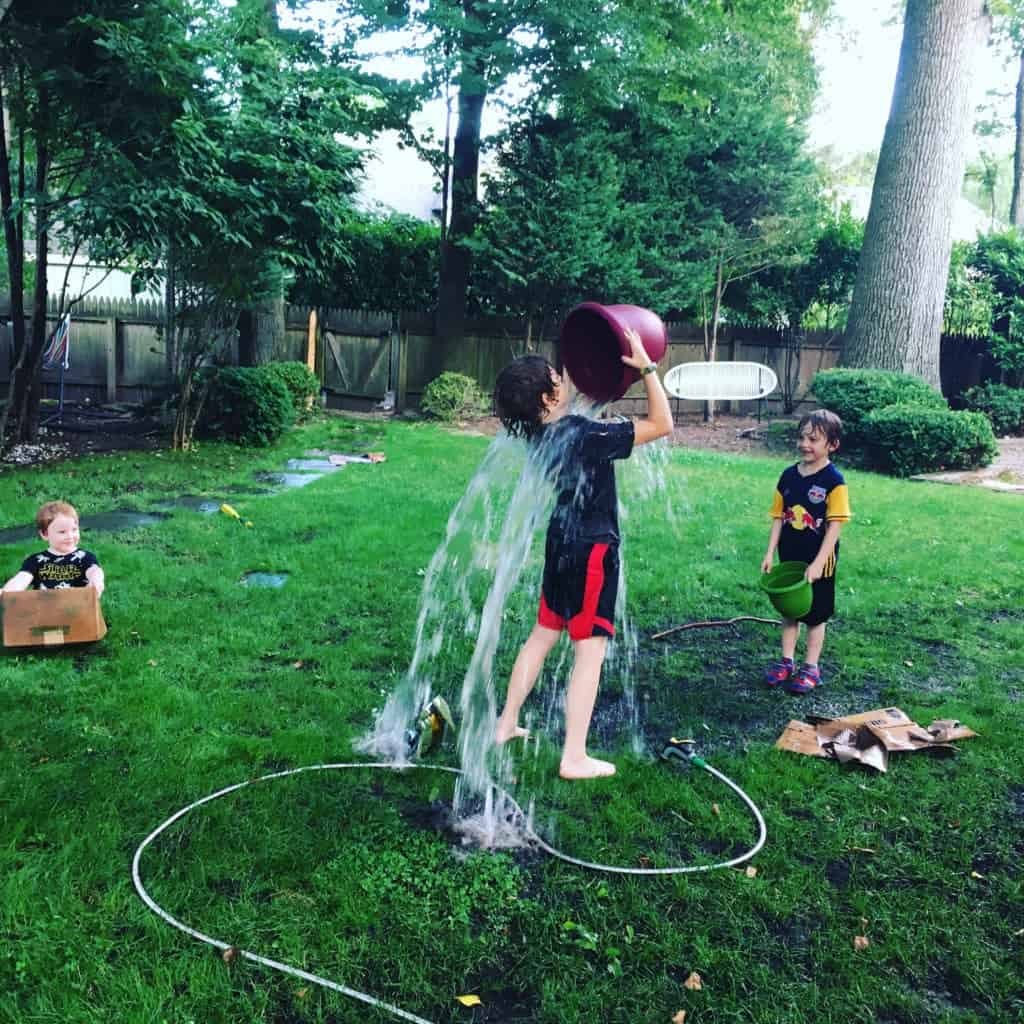 Head Counselor and Campers have wanted a pool forever. Since we’re too cheap to pay for the public pool on top of our insane property taxes, we make due with buckets and boxes and our yard is basically a mud-pit and our water bill is probably the cost of the public pool.

Camp Boudreaux focuses on things like: labeling all the shelves in the refrigerator; planting flowers; spreading mulch; running naked in the backyard; weeding; picking up the trash after it gets ransacked by a raccoon; watching Co-Counselor change the car battery; and field trips like visiting the local dump, having their teeth cleaned or picking up trash in the reservation. Basically, all the necessary bullshit that comes with being alive. Campers have fun too, don’t get us wrong. But if they’re going to stay home with Head Counselor, they’re going to work, too.

What we have all learned so far

Inevitably the kids whine. And Head Counselor does as well. There tends to be a LOT of screaming, usually not the good kind. And sometimes sibling fights break out. When you have three campers, all boys, three years apart, fighting is bound to happen. They are like puppies, filthy puppies.

On top of the mundane stuff, like helping Head Counselor fold three loads of laundry, they learn things too. They play chess. They paint. Oldest Camper learned how to use the stove last year and will regularly make eggs and toast for the other two campers. That’s been a huge help. (We’re still working on his cleaning-up skills; he makes an enormous mess.) All three campers have flown a drone. We taught two campers how to safely use a saw. We take trips. We have fun with Little Bits, Pokemon Go, and Campers often have Foosball tournaments and they last for roughly 7 minutes before one Camper freaks out, starts screaming and quits because cheating! It’s not all about the work. 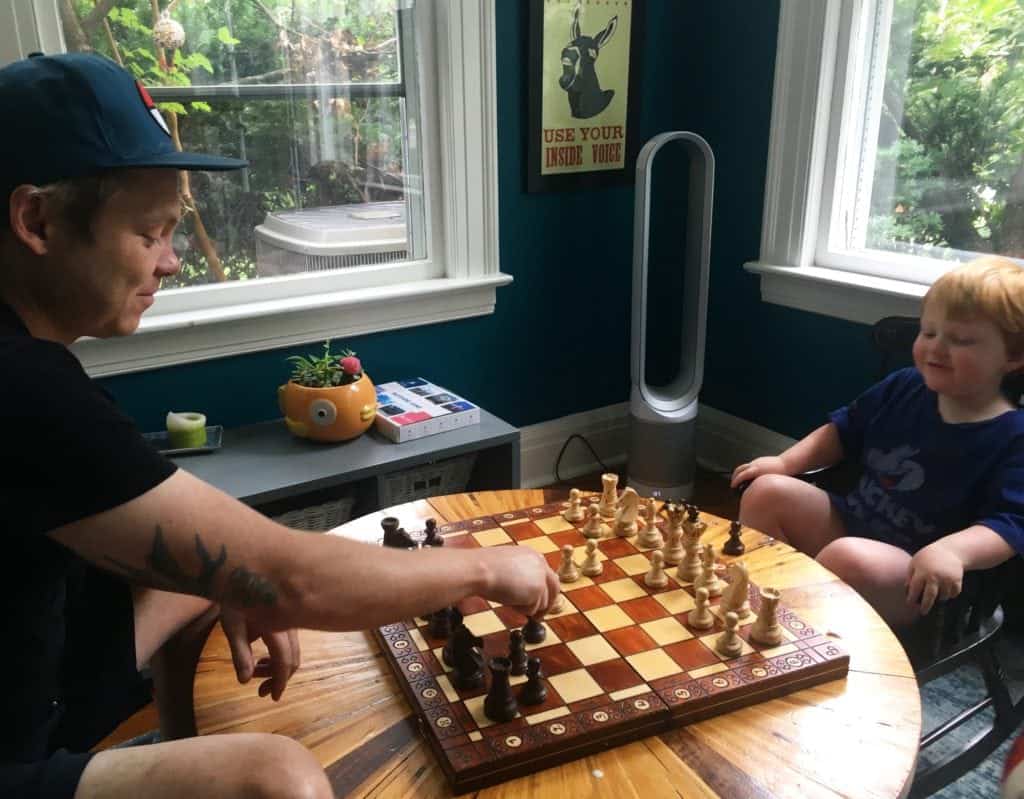 At Camp Boudreaux we play a lot of chess and one of our campers has been making up new rules because I mean why not? Chess has been chess for far too long. And let me tell you something! There have been few things more entertaining this summer than watching our Co-Counselor who specializes in writing computer software work with new rules while playing chess.

I’ll be honest, though, Camp Boudreaux almost didn’t happen this year because at the end of last summer, I was done. It was far too exhausting keeping the kids busy every single day from daybreak until nightfall. Suddenly the idea of paying $1,000 just to feed them lunch every day sounded totally reasonable to me. But as this summer neared, I softened. Retrospect softens everything. 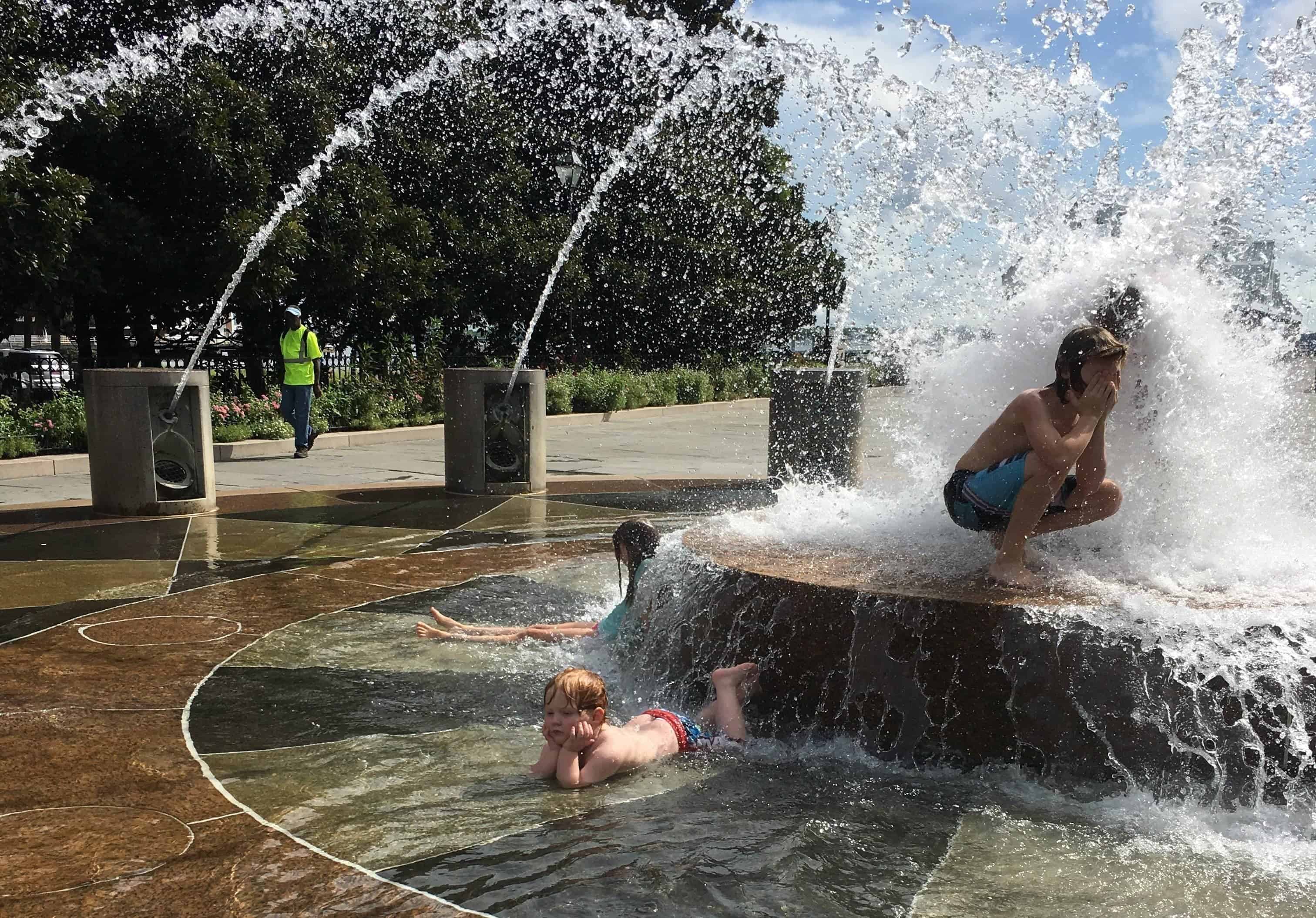 We don’t always get along and Counselors occasionally act unprofessional. It happens, although I’m not proud of it. Campers here tend to treat tantrums like a competitive sport. While Middle Camper is in the throes of one, the Littler Camper feels the need to one-up him and before you know it, the whole place is in an uproar until Head Counselor threatens to call the police (true story). Plus, the house is always a mess. Always. The floors are often covered in mud, half chewed chocolate covered caramels, paint and things we don’t have names for. Sometimes iPads are used and for many more minutes than the pediatric-recommended amount of time because Head Counselor needs a break. And there have been days where I wonder if I’m doing the right thing or if I’m somehow robbing them of some childhood necessity, some rite of passage: summer camp. 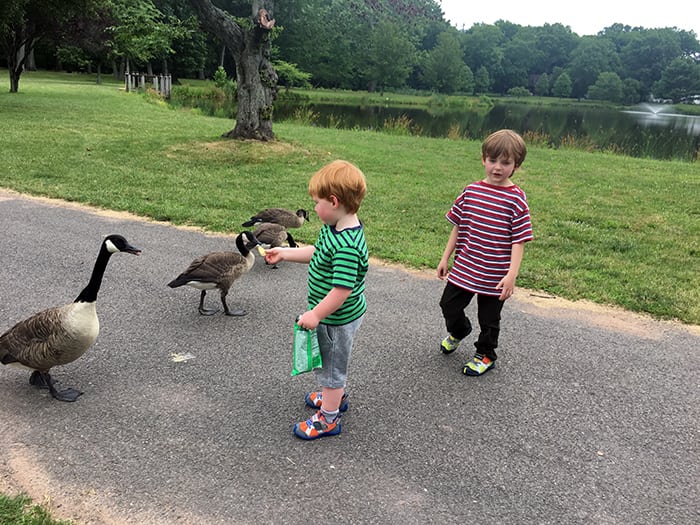 But overall, we think that Camp Boudreaux might end up packing some of the fondest, more memorable memories our family will ever have. It’s not always pretty but when will we ever get this time back?

I love this post and can relate to the craziness of having kids at home all summer! Part of me loves it, part of me is counting down the days they go back to school. You don’t have to spend loads of money on extracurricular activities for your kids to have a great childhood and make fond memories. 😊 (This is something I learned especially over the last 2 years when my husband went back to college and we downsized our lives to make it more affordable.)