File this one under: Things Nobody Tells You About.

I believe I’ve mentioned once or twice or fourteen-dozen times that my older son became…intensely challenging in the weeks and months right after we brought his baby brother home. He was three years old, and he was AWFUL. I feel like I can call him that because 1) he’s not, anymore, and 2) because he was objectively, literally, monumentally AWFUL. 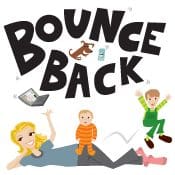 I was completely unprepared for it, though once we were in the thick of it and I felt helpless enough to confess how bratty and unlikeable he had become (and how terrified I was that by having another child I’d essentially broken my first one), that other mothers finally told me that it was all normal and to be expected.

Three Behaviors to Watch For

A new baby can rock your toddler’s world, and he’s likely to respond to the change by acting out. But it’s more than just an increase in tantrums and general mouthy defiance. You may also notice stuff like:

1. Sleep regressions. A once-great sleeper might start waking up multiple times at night, and not necessarily because the new baby is waking him up. He might start fighting bedtime tooth-and-nail like never before. Noah developed a regular habit of creeping into our room and bed in the middle of the night, and howling if we dared try to send him back to his own bed. So for several months (I wanna say at least four or five), we simply got used to having both children in bed with us. Eventually, he allowed us to move him back after he fell back asleep, and from there we sent him back to his bed earlier and earlier, and sooner or later the habit just sort of stopped altogether.

2. Potty regressions. We didn’t have this problem, thankfully, but it’s probably the one I’ve heard more parents complain about post-new-baby. Patience, patience and more patience — just like potty-training, don’t yell or punish over accidents or they’ll simply become an even bigger deal.

3. Weird attachments. A friend’s son suddenly decided he liked his baby sister’s pacifier, despite never using one before. Noah treated his sippy cups like bottles, comfort sucking from the straws for hours and refusing to drink from ANYTHING else: no juice boxes, no open cups, no open-cups-with-straws, no-open-cups-with-a-very-special-Mr.-Incredible-Crazy-Straw-like-what-the-HELL-kid. He’d go thirsty all day at school rather than drink from a non-Dora-Munchkin-cup. (Unlike everything else that eventually righted itself after a few months, he’s still awfully attached to those stupid cups. I bought Ezra a new non-Dora set in hopes of tossing the old ones and casting a nice “these cups are for BABIES” light on sippy cups in general, but after a few days Noah just started stealing the new cups from Ezra’s high chair tray whenever I wasn’t looking. Eh, whatever.)

Some kids apparently DON’T go through any really tough adjustment period — it really does depend on the older child’s age and general temperament. (Also, please don’t respond the way my squishy-soft-hearted husband did, which was to spoil the crap out of Noah with toys! and treats! and specialness! Didn’t help. Probably made things worse.) But if you are dealing with a new baby and stressing out over the fact that your first baby — the former love of your life, center of your universe — has suddenly transformed into a very difficult little person who requires more patience than you possess, allow me to now be the one to belatedly tell you that hey! Good news! It’s all normal and to be expected! You’ll start liking them again in a few weeks. Maybe a couple months, tops.