Twitter Facebook Pin It Email Article
Prev The Grabby Grandparents Next Sharing the Work of Parenting: What I Learned By Giving My Partner Some Room 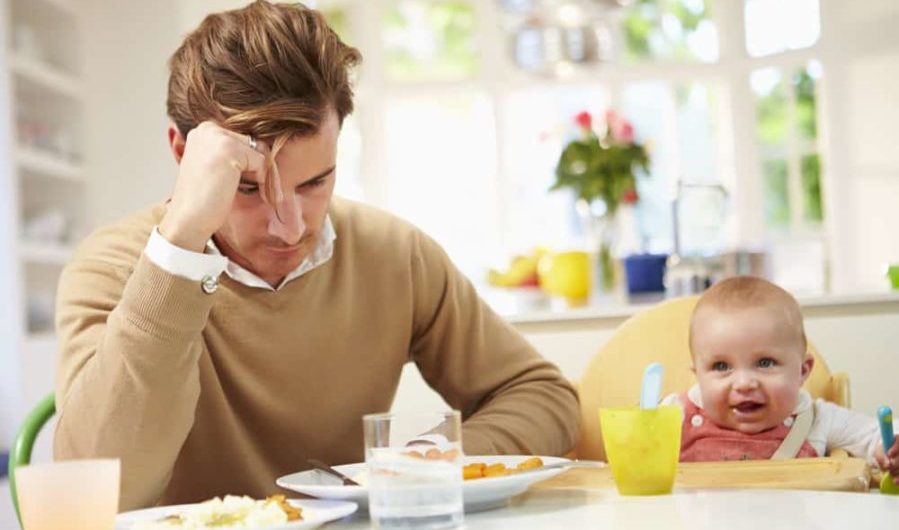 The Dad Who Just Doesn’t Want to Dad

I don’t think I’ve ever seen a question like this be tackled, so perhaps I’m the first! Or maybe it’s just a difficult situation, which believe me, I know. Some background:

My husband and I have a son (22mo). During my pregnancy, my husband was planning on all the “right” things – how he’d help with this and that and how we’d take shifts over night and how parenting was a team effort, etc. And then our son arrived and reality with him and, slowly, I started doing more and more. I don’t resent my husband for a lot of it, most of it made perfect sense at the time (for instance, I ended up handling most of the night wakings solo because I was breastfeeding and my husband had ZERO tolerance for sleep deprivation and I wanted at least one of us to be a functioning human the next day). Now, at 22 mo, I realize that my husband’s led a sort of pampered life in regards to parenting, which I fully admit to setting him up for.

My issue is that he’s admitted that he doesn’t like about 99% of the parenting job (yes, even though he’s not even doing half the work). The routine stuff like feed, wash, diaper, clothe, he dislikes because of the monotony. The discipline-teaching part of it (at least at the toddler phase), he dislikes because he expects to “solve the problem” once. (So he wants to tell our son not to climb on something once and that’s the end of that.) And the messy parts of parenting a toddler? The crying and whining and tantrums? He has no patience for. The smallest amount of whining is met with frustration and the huge tantrums can leave my husband in an agitated funk for the rest of the day. So this leaves me doing most of the work while also dreading the fallout of tantrums because I’m handling both an upset toddler and husband. It also puts a damper on a lot of things because my husband is reluctant to do them because he doesn’t want to deal with the expected tantrums (like road trips, for instance).

We’ve already decided that our rosy plans for 2+ children aren’t realistic and my husband can only go through this once. But my question is, as a third-party observer, what’s your take on this? My son will obviously grow into a child and eventually stop the tantrums (please oh please oh please), but I suppose a small part of me is very concerned that these are huge red flags in my husband. I tell myself that I think my husband will be an awesome parent to an older child, but I’m worried that’s delusional. I obviously don’t want to take drastic measures (I mean, the only true “solution” here is separation), but I also just hope I don’t look back on this time wishing I had. Any thoughts or ideas?

Thanks for the insight.

Oh dear. I do not like anything about any of this.

Lots of people/parents are admittedly not “baby people.” They also dislike the monotony of infant care, find their patience tested to the bone by toddler tantrum, and I don’t think any of us look back on the sleep deprivation fondly at all. Lots of parents will admit that yeah, the job gets easier and more enjoyable as your children get older and more independent.

BUT YOU DO IT ALL ANYWAY.

You don’t get to abdicate responsibility so thoroughly, the way your husband has done, and call yourself anything other than a pretty shitty parent. (And a not-great husband, too, frankly.) You don’t get to decide to stay completely uninvolved in your parenting duties until your child hits an age you decide you can tolerate.

Older kids throw tantrums (particularly if that’s the only way they know to get attention — albeit negative attention — from a parent). Older kids get nightmares and ear infections and stomach bugs in the middle of the night. Older kids require massive amounts of patience, repetition and unconditional love through all of it. And then there’s puberty and teenagerhood to navigate. It’s never NOT work, but we do it all because we love these little humans more than we love our sleep or our disposable income or whatever.

We do it all because love them more than we love the selfish part of ourselves.

What sort of relationship do you think your son will have with his father at this point? He’s probably already aware that Daddy doesn’t feed/change/clothe/bathe him — all those thing have defaulted to Mommy Work, and he’s also going to pick up on the fact that Daddy gets mad and irritated at him a lot. There’s no healthy bond here, so even in the hypothetical “someday” when your husband is like, “hey son, let’s go out back and play catch!” their relationship is not going to fix itself overnight like on some outdated 1950s sitcom. Your son will either reject those overtures, or spend his life pursing the acceptance/approval of a parent who was cold and emotionally absent during his formative years.

I know this is really hard to hear — it’s hard to write! And I want you to stop blaming yourself! Someone had to do the work! It’s not unreasonable for a breastfeeding mother to handle most or all of the night wakings, but there are still so many other ways for dad to be hands on and helpful during those early months. Your husband just…didn’t, and didn’t really seem to care or want to be. Which is so unfair to both you and your son.

What if something happened to you tomorrow? Do you trust that he’d finally step up and take good, full-physical-and-emotional care of your child? Are you really okay with changing your reproductive plans because your husband “can’t go through this again?” Are you really okay having both a toddler and a husband who acts one?

I would highly recommend you insist (at a minimum) on some couples’ counseling ASAP, and also push for some solo counseling and a toddler parenting class (or 12) for your husband. (I want to mention that fathers can 100% experience postpartum mood disorders, in case that was perhaps in play here initially, and a failure to address that is what led y’all to this.)  But you MUST let him know that the current division of duties is no longer okay, and it’s time for him to step up and be a father and equal partner. If he can’t do that, I do think you have a very tough choice to make. But you and your son deserve so much better than this.

More on Co-Parenting and Marriage from Alpha Mom:

1. The Unhappy Housewife-to-Be
2. Helping a Spouse (or Significant Other/Partner) in Crisis
3. Housework & the Stay-at-Home Parent