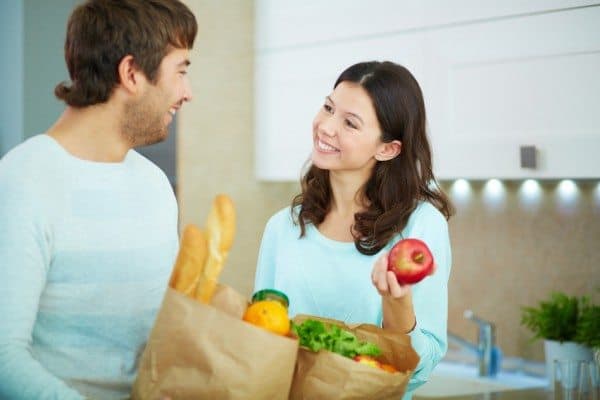 At 16 all of my friends lovingly called me ‘mommy’. My purse held toys, snacks, bandaids, etc. and was known as my diaper bag. All I’ve ever wanted out of life was to be a mother. Fast forward, of course the only one of my friends that desperately wanted kids as soon as possible would be the one to have fertility problems. After 5 years, countless buckets of tears, and lot of fertility meds, I am finally pregnant!

We are over the moon excited.

Here’s the rub: I’m also the breadwinner. After lots of number crunching we have decided that my husband will quit his job at the end of my maternity leave and will be a SAHD. He’s really looking forward to being a father and getting to spend so much time with our baby, but I also know that he’s just really eager to leave his job as it makes him so unhappy.

We’ve talked some about the change in responsibilities. As it stands now I’m in charge of all house cleaning, grocery shopping, laundry, money management, and general house repairs. (I’m an engineer, I LOVE fixing up things around the house.) Hubby is in charge of yard work, the pets, and getting dinner on the table. We’ve already said that he will take over grocery shopping, all meal preparations , and for the most part being the main middle-of-the-night caretaker.

My parents come from VERY (my mother was raised Amish) conservative backgrounds, where the women did everything and wouldn’t even think of asking dad to put in a load of laundry or run a vacuum. When my mother heard of our plan her response was that ‘Well if he’s going to stay home then make sure that he is in charge of the housework too.’ I guess it’s easier for her to be okay with it if our roles just become completely reversed. But I don’t know if that’s reasonable. Not to mention I feel incredibly guilty that I can’t be the parent to stay home.

All that being said, my question for you is, what should I really expect/ask for from my husband when he becomes a stay at home parent. I do not think that he should be in charge of everything. If the roles were reversed I’d hate for my husband to expect a sparkling house and dinner on the table by 5 while I also cared for our baby all day. But it would be nice for him to pick up some of the house work. Even if it was just to do the dishes and keep the floors swept every few days. What is asking too much? What is still putting too much on my plate? What is an even distribution when one parent works out of the home and the other works with your kid at home?

June Cleaver vs. Rosie the Riveter

Oooohh! Ooh ooh ooh! I love this question. And I love you for asking this question. Hell, the fact that you are even aware that this question is something worth talking and thinking about ahead of time tells me that you guys are going to handle this transition just fine, even without a set-in-stone master chore chart or something.

Because YES: A lot of couples don’t really sit down and hash out the changes in roles and responsibilities that come with one parent taking on the stay-at-home role and one parent becoming the sole breadwinner. And then BLAMMO. Unspoken role expectations meet cold, hard reality.

The stay-at-home parent feels devalued and under-appreciated because the work-outside-the-home parent expects them to shoulder everything home/child/pet related…and still seems to think they spend their days lounging around in PJs, eating bon-bons and taking plenty of naps to balance out the late, long nights with a non-sleeping baby. The work-outside-the-home parent wasn’t prepared for the pressure and anxiety that comes from being the sole source of their family’s financial security and feels resentful over the fact that they’re both “missing” huge chunks of their baby’s day but also not given a chance to decompress at the end of a long, crappy workday. Then the stay-at-home parent is like, “YOU NEED TO TAKE CARE OF HIM WHILE I MAKE DINNER OH GOD I MISS OTHER HUMAN BEINGS,” while the other parent is like “WHY IS THIS HOUSE SUCH A DISASTER IT’S STRESSING ME OUT OH GOD WHAT IF I GET LAID OFF.”

And then you add in a little extended sleep deprivation and it’s a short hop, skip and a jump into a big, ugly fight about how SOMEONE’S mother stayed home and did it all (with no fancy appliances or car or cable TV! uphill in the show! both ways!) and was happy about it, while SOMEONE ELSE’S mother worked and feminism gender roles loss of career identity blah blah dysfunctioncakes.

But good news! Like I said, y’all are going to avoid all of that crap, simply because you are aware and thinking and — TA-DAAA — communicating with each other about it.

For the record, no, I don’t think your mother is right about this one at all. You have it right, even if you haven’t yet worked it out to every last detail. (Which you don’t necessarily have to do, just yet, though my spidey-sense tells me that you are A Planner and will probably do it anyway. )

You guys are — and will remain— equal partners. Equal partners in marriage and parenthood. The WOH parent does not get to be the boss and taskmaster simply because they bring home the paycheck with the numbers on it, and the SAH parent doesn’t get demoted to voiceless worker bee just because our messed-up cultural priorities don’t assign a high dollar value to the tasks of childcare and household management. You guys have crunched the numbers. You know how much daycare, nannies and housecleaning services cost. Now add in what a back-up daycare/nanny would cost (because sick days, holidays, etc.), plus a personal chef (for dinner every night) AND a full-time personal assistant (to run errands, make appointments, phone calls, pay bills, walk the dog, take the dog to the vet and the car to the mechanic, etc.). And then remember that all those job titles and responsibilities are spread across AT LEAST four or five different freaking people. Egads.

Every household has its own division of responsibility that works for them. Who does the grocery shopping and who mows the lawn and bill paying/appointment making/stay-home-while-waiting-for-the-plumber-ing. It sounds like you guys have a good division now, and your sense of what YOU would feel comfortable with if your roles were reversed will help you navigate the coming changes.

I think it would be quite reasonable to assume that your husband can keep the breakfast and lunch dishes from piling up, and run some laundry and a vacuum around the floor a couple times a week. It would be unreasonable for you to absolve yourself from ever having to do any of those tasks again, or to get pissed off at him for not doing them one day because he took the baby on a social/fun outing, or because he/she refused to nap or was sick. (Not that I suspect you would, but still.) Likewise, it would be unreasonable of HIM to treat the SAH gig as some kind of responsibility-free sabbatical/vacation where you pay the bills while he putzes around on the Internet all day while your kid hangs out in an exersaucer.  (Not that I suspect he would, but still.)

Equal partners, equal contributors. Make that the foundation of your marriage and household and it won’t matter so much when the specifics of your contributions shift. Talk about it, listen to each other, and figure it out together. (And adjust/evolve as you go! Planning to plan means sometimes you end up changing the plan!) Let go of your guilt and the feeling that you need to morph into some do-it-all SuperMom to make up for working, because pfftt that. One day your child might come to you with his/her own post-maternity-leave plan and BY GOD, you’re gonna be able to give him/her way better advice than what your mom gave you, because PROGRESS.

(And oh yes, since I neglected to put this in the first paragraph: CONGRATULATIONS! YAY FOR LONG-AWAITED MUCH-WANTED BABIES!)