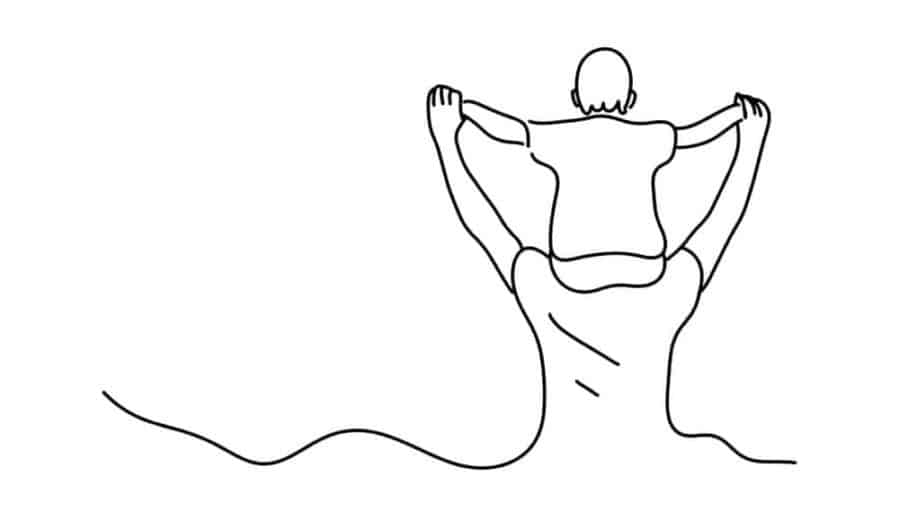 Sharing the Work of Parenting: What I Learned By Giving My Partner Some Room

When my son was a baby and I was working full-time and traveling for a Swiss company, I left my husband detailed notes and instructions about how to take care of our son while I was gone. He played along for a while, humoring me.

Finally, when our son was about three, he said quietly, “Don’t you know that I love our son as much as you do?”

I froze in the middle of writing on another Post-It note. He was right.

It started to dawn on me that while my son would cry when I left — and compounded mom guilt was definitely hard on me — it was a key opportunity for me to get out of the way so my partner could form his own bond with our son. When I would return, I’d hear about all the fun things they did and the private jokes they shared.

Maybe the guilt of leaving home even for a short time runs parallel with the ingrained belief that as the mom, I’m the primary caregiver. Certainly, I felt that when my son was a baby and my anxiety skyrocketed. I told my mother how to hold my son as if she had never heard of babies. Luckily, she is a patient woman with a lot of grace and love for me.

The truth is that the world looks very different today than it did when my mom was growing up in the 50s when men often were not even allowed in the delivery room. The conventional expectation for the family unit was that women took care of the kids and the men went to work for pay outside of the home. The rise of the equal rights movement in the 70s (which was when I was a young girl) altered the balance slowly, and then more and more as women were accepted the in work roles not traditionally held by them. 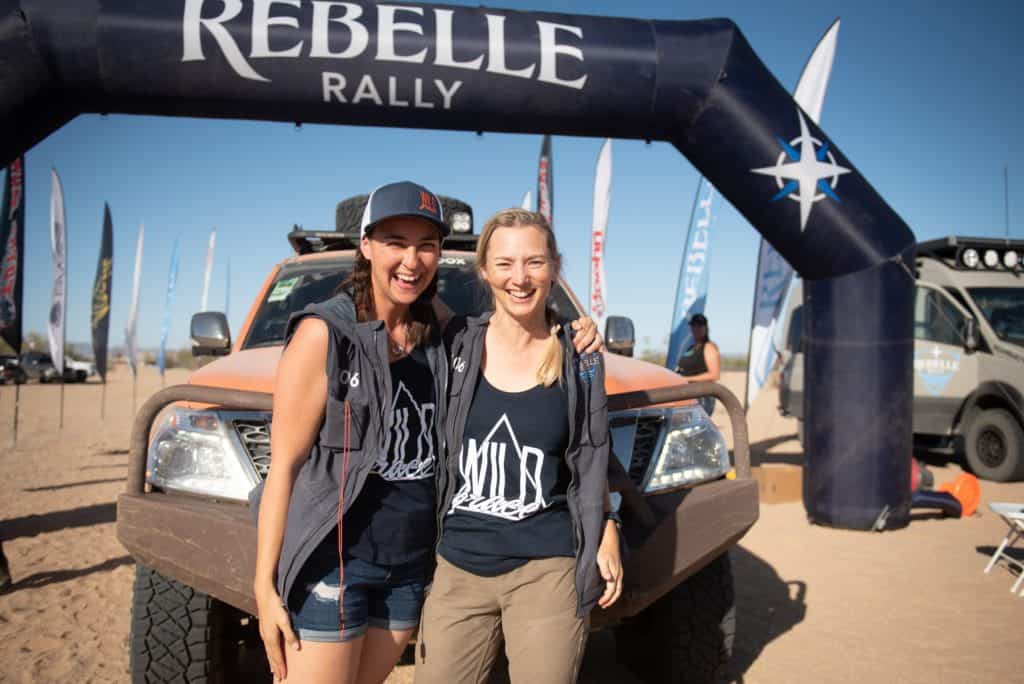 In 2020, young parents are throwing that to the curb as parents of all genders are taking up different roles in the home and at work in ways our parents had hoped for us. I grew up with a feminist, being told I could be and do whatever I wanted. I married a man who supports my work in every way he can and doesn’t say he’s “babysitting” his own child; he does take care of our son as well as I do. So why is it so hard for me to relinquish the primary care role?

My friend Sedona Blinson, a preschool teacher, felt that familiar hesitation to travel several years ago when she decided to pursue a personal goal to compete in the Rebelle Rally, an off-road course and navigation challenge that spans 10 days in total. Here’s the kicker: she was seven months pregnant when she registered and knew she would have an eight-month-old at home while she was away. While she’s on the road, Sedona knew she would be completely disconnected. (All competitors in the rally go low-tech for navigation, using only compasses and paper maps; no phones are allowed.) My son is ten years old now, no longer a baby, but the idea of being disconnected from him for several days still gives me heart palpitations.

Sedona’s husband’s response was an enthusiastic “Do it!” So she stocked the freezer with breastmilk she had pumped to prepare for the trip and he got the kids – a toddler (3.5 year old) and their eight-month-old baby – ready to go camping with him while she was away. Yes, camping.

Having that kind of support and confidence may not be as unusual as TV and movies lead us to believe. Even Papa from the classic children’s book series Berenstein Bears is often clueless and clumsy when it comes to the kids, and Mama keeps him in line. That portrayal drives my husband nuts.

Research by the Pew Center (a nonpartisan fact tank) says dads are much more involved in child care than they were 50 years ago. In 2016, fathers reported spending an average of eight hours a week on child care, which is triple the time they provided in 1965. Dads are more involved now than ever, and their partners are working in tandem with them to share parenting across the board.

For me, it has been sometimes getting out of the way and letting my husband parent with his own style that gives him the chance he needs to build on that experience. It seems a little self-important to believe the world is going to fall apart while I’m away for a few days, anyway.

Sedona told me that it’s an incredible experience to be able to step away, especially as a mom, and say, “This is for me. This is my challenge.”

As parents, we multitask constantly, and we’re always juggling the day to day tasks like lunches, schedules, carpooling, and more. While Sedona is competing in the rally, she is not distracted. This is her time to be singularly focused on something else. 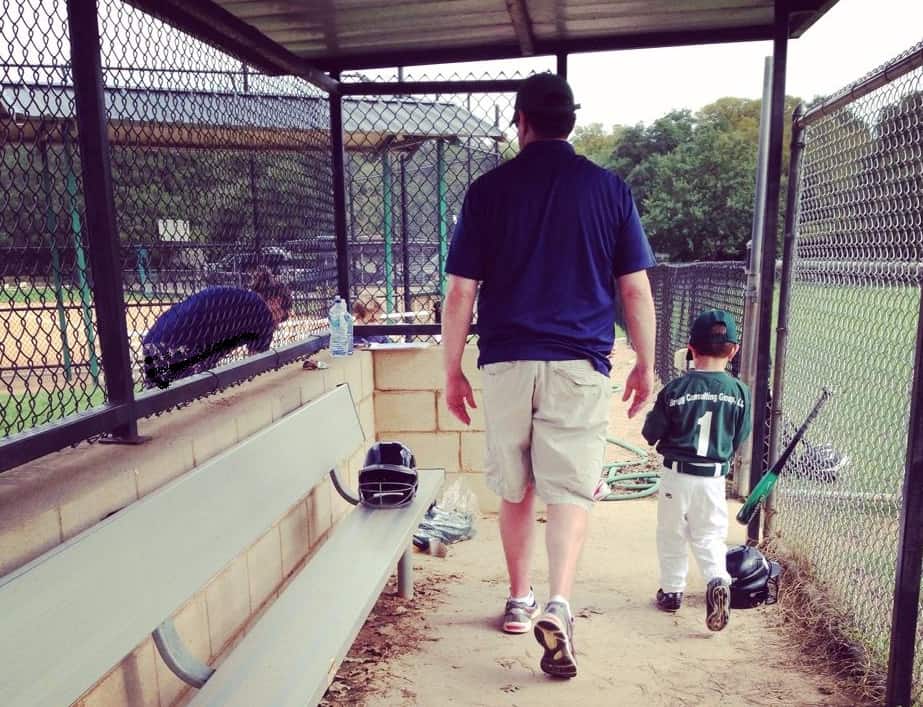 “He told me that he likes having this time with our boys,” she says. “Fathers need that quality time too. I used to assume that the world falls apart when I walk away. Slowly, I have been able to realize that he is clearly able to feed our kids and take care of them.”

Before she leaves to drive her Nissan SUV across the desert, she does things like recording herself singing bedtime songs or reading a book so that her boys can still feel her close to them. I do the same thing when I leave town, leaving notes for my son and my husband and calling them every day.

It’s important for our kids to see us making choices to pursue our dreams too, and that women are role models in and out of the home in whatever role they choose.

“It’s ok to have something that is just for you,” Sedona told me recently. “I think it’s important for my sons to see me do this so they know that for whomever they choose to spend their life with, they get to be themselves, too.”

I know my son is in good hands; all I have to do is hand over the keys to the trust and freedom my partner deserves. And the next generation will be even better at it than I am.

More on co-parenting from Alpha Mom:

1. Who Cares For The Caretaker?
2. When the Stay-At-Home Parent Is ‘Doing It Wrong’
3. Co-Parenting in an Unhappy Relationship