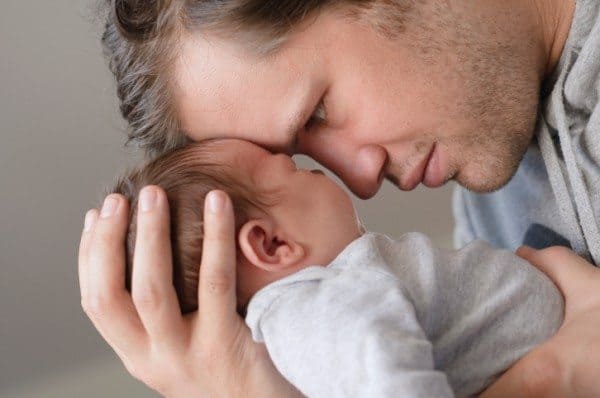 When the Stay-At-Home Parent Is ‘Doing It Wrong’

Dear Amy (my own personal Carnac the Magnificent),

I discovered your brilliance in the early days of my pregnancy (to the point where I became lost for days in an archive time-warp on your blog). I always find the advice you give helpful and I think you have amazing perspective. You’re my answer-lady. I’m hoping you can dispense some of your amazing wisdom onto me.

My beautiful baby boy turned 9wks old this week, which marks my return to work. I’m lucky enough that his father is home the three days that I am currently working (he works the other days in the week), so my little man still gets to be with someone that I know loves him. I was so excited when we realized this would be the arrangement, although we don’t really have the finances for any other option.

When it got near time for me to head back to work I started paying close attention to how my son and his father interact, and I started to make the sad observation that daddy seems to be under the impression that he needs to be swaddled constantly and that if he is making any kind of noise something is wrong and he needs to be swaddled tighter to go back to sleep. Then when I was explaining my son’s feeding schedule to him he said “I don’t understand why you have him on a schedule he should just eat and sleep whenever he wants to.” The only schedule my son is on is food related, other than that he sets his own schedule for the day as far as naps and playtime, so I just asked that he stick to as close to feeding times as possible.

I really wanted to tell him exactly what to do with the baby, but at the same time I want them to figure out their own process and what works for them. I figured I would give it a few days before I said anything and hope that he was noticing baby’s cues regarding sleep/playtime. I also didn’t want to sound like I was giving a vote of no confidence when nothing negative had transpired yet. Unfortunately, as I suspected, when daddy watched him the last few days he said that all he did was sleep all day. Because of this my little man wanted to be active during the night. This caused to two sleepless nights for me – which I am NOT used to. My son has been a solid sleeper since day one, 4hours in the beginning, then up to six, and now he goes 8ish hours. I’m a tired mess today and I’m worried if I don’t address the issue it will just get worse.

I know that this all breaks down to a communication issue, but I don’t know how to ask him to change without sounding accusatory. If anyone else were watching him during the day (babysitter, mother in law, etc) I would just come out and say that they’re not doing what I want, and that would be the end of it. I know my son, and I know that he loves to play after he eats, that he loves the itsy bitsy spider, that he likes his bouncer more than his swing, and that if you attach a toy bar to his rock ‘n’ play he’ll talk to it for an hour straight. Most importantly I know that he needs his time to be awake during the day, so that he can learn and grow and SLEEP at night. How do I let daddy know all of this without making it sound like everything has to be MY way, and without sounding like I have no confidence in him as a father?

I would approach the nighttime sleep problem as a SHARED problem, because hey, Daddy’s probably not a fan of the wide-awake-baby either, right? Daddy also has some responsibilities during the nighttime wakings too, right?

If not, give him some, ASAP. Just because you’re away from your son during the day does NOT mean you need to be the Solely Responsible On-Call Parent at night. (Just like if you were the full-time SAH parent and then turned that role into a round-the-clock duty because your partner is the one who gets up for work and needs their sleep and blah blah blah.) If you’re nursing, give Dad the fetch-and-change parts of the routine. Otherwise, divide the wakings evenly. You get the first one, he deals with the next, whoever isn’t getting ready for work in the morning gets the final early morning one, etc. Or something! Not only is this completely fair, it will make sure that Daddy understands that hey, this is HIS PROBLEM TOO. And perhaps he’ll also see the pattern you see: the days he lets the baby sleep all day are the days that turn into the sleepless nights. Hmm!

I would not just blurt out to him — as tempting as it may be — that you KNOW exactly what the problem is because you KNOW your son and you KNOW this parenting business thoroughly and you KNOW your diagnosis is correct. And it probably totally IS correct, but…nine-week-old babies are notoriously unpredictable sleepers. Even ones who have “always” been good sleepers. Sometimes they just have crazy, wide-awake nights for no reason because they’re slowly becoming more alert and slowly coming up on the first Official Sleep Regression, that usually occurs sometime between 12 and 16 weeks old.

However, yeah, Occam’s Razor definitely could apply here: Daddy is letting the baby get his days and nights mixed up, and needs to dial back on the day swaddling and give the baby some time to just…be awake. Though I admit my husband AND I have been totally guilty of doing the same thing: Nine-week-old babies aren’t necessarily the most interactive of beings, so sometimes it’s hard to know what you’re actually supposed to DO WITH THEM ALL DAY. You don’t want to be that asshole shoving flash cards and Mozart CDs in their faces, so you get stuck in this endless loop of feeding and trying to get them to sleep.  Feed and sleep, feed and sleep. Rinse and repeat.

Eventually you figure out that the baby playgroups are more for your benefit, or bust out the jogging stroller for a mutual change of scenery. Then you maybe start running errands or checking your email while the baby amuses himself on a playmat for awhile, and then slowly start figuring out how to structure your days. But it can seriously take awhile.

So while I understand that two nights of no sleep are no picnic, I would definitely try to remember that there IS a learning curve to the stay-at-home parent thing. (And yeah, let’s imagine if your roles were reversed and you were reading a letter from a working dad who doesn’t understand why his wife can’t get the baby on a decent schedule already.) Dads DON’T BABYSIT, so don’t treat him like one. Because he’s not a hired professional caregiver; he’s a first-time parent muddling through on instinct, just like the rest of us.

I’m NOT saying just let the problem continue, but approach it as neutrally as you can, avoiding the UR DOING IT WRONG accusations (which I know is the whole reason you wrote, because you want to avoid that). Keep it light and maybe question-heavy, like it’s a Mystery You Must Solve Collaboratively:

“Man, what is going on with his sleep these past couple days? Do you think the baby’s getting his days and nights reversed? I’ve heard that can happen. Let’s Google it today.”

“Huh. These links all say the same thing: Keep the baby awake for longer stretches during the day, no matter what. HA! This one says to run the vacuum cleaner around him. DO THAT ONE, THE FLOORS ARE FILTHY ANYWAY, SMILEY WINKING EMOTICON.”

That sort of approach, combined with shared responsibilities at night, should hopefully nudge him into figuring out that the all-day naps aren’t ideal. Also some more time — more than a couple mere days — to find his footing and confidence as a stay-at-home dad. I imagine that might even be even tougher than a mom making the adjustment, as he’s a rarer occurrence at the playground and might not yet be plugged into the vast supportive web of dadblogs and message boards and all the stuff we moms turn to for advice and tips and virtual company.

My husband and I agree on all the Big Stuff when it comes to our children, more or less, but we still have different styles and react differently to certain things. We’re not identical stand-ins for each other. And yet we had to learn how to communicate our differences to the other without sounding judge-y or accusatory. Usually we do it via books and links, in a “hey I read this, it says to try such-and-such when that happens, instead of what we’ve [SUBTEXT: YOU] been doing” style. But that’s just us. Give him time, give yourself time. You just went back to work and are in the midst of a huge transition yourself, so it’s completely understandable to be mildly freaking out about your childcare arrangement, no matter how ideal it may be in the long run.  You’ll both figure all of this out, I promise.