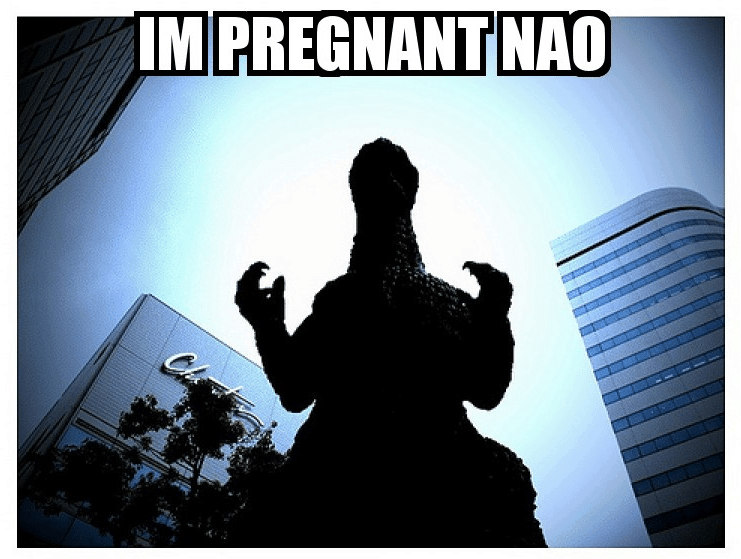 So many of the letters you‚ have published lately have been about pregnancy etiquette. Here’s another one for you — my best friend is pregnant and has turned into a self-absorbed brat. She’s become selfish, rude, and a bad friend. If a conversation begins to stray from pregnancy-related topics, she basically ends the conversation.

She’s even gotten into the habit of minimizing other people’s joy. Apparently any news is insignificant when compared to her own.

For the past 8 months, I’ve tried to bite my tongue, smile, and chock it up to hormones. The problem is that lately I just feel used. Last weekend I drove clear across the state to attend her baby shower. I came home to an email about how they planned to return my gift and needed to know where it was purchased. To be honest, I don’t care.

What really stung was the lecture that accompanied the announcement, you see I cannot possibly understand the intricate detail involved in picking out something they plan to use for their BBAAAAYY-BEEE! And anyway, how dare I (or anyone) purchase something that wasn’t on the registry. Did you know, that it’s rude to buy things that people haven’t registered for?

I completely understand the having a baby is a momentous event that overtakes your thoughts and dreams. I understand that my friend’s priorities are actively shifting. My problem is that whereas this person once seemed to truly value our friendship, she now only seems interested in milking that friendship for her own physical and emotional benefit. All others be damned! It is making it very difficult to be her friend.

Eeeeeesh. Yeah. You can blame a LOT of stuff on hormones. But not this. This is…well, I’m tempted to say something very Southern sounding about bad breeding. Pregnancy hormones don’t cause sudden amnesia surrounding polite conversation and registry etiquette. Being an inherently selfish jerk…well. You know.

No, you cannot blame this bad behavior on pregnancy

So I’m wondering if you happened to be friends with this woman while she was, say, planning her wedding? Because honestly, she sounds like a bridezilla in maternity wear. A bumpzilla, if you will. While…sure, I guess some women can suddenly turn into completely different vaguely insane people while they’re pregnant, it really seems more likely that the pregnancy is simply an excuse for her to show her true colors. I promise you, pregnancy doesn’t CAUSE women to act like this. Their already-existing personality flaws, however, TOTALLY DO.

You may be noticing the behaviors more, this time, because you guys are older, because you’ve outgrown her a bit, or because of geographical distance, or because you’ve just never noticed that she dominates conversations with topics of interest to her because YOU were also interested in those topics. Now there’s this divide between your shared experiences, and for whatever reason, your friend seems determined to make that divide seem as wide as possible. Because she’s SPESHUL. Because she’s MAGICUL. Because…I don’t know, because she’s just the type of person who likes everything to be about her and her perfect day and perfect vision of how perfect everything will be.

Or…you’re being overly sensitive and inserting tone into her email that wasn’t there and she didn’t really mean to scold you for going off-registry and…and…yeah. Thus ends my attempt at playing devil’s advocate. Your friend is likely a rude person. Who is basking in the regrettable belief that she is the first women EVER in the history of the WORLD to be pregnant and have a baby. Who is in for the SURPRISE OF A LIFETIME when her baby arrives and she suddenly realizes that it will never again be All About Her, ever, for the rest of her life.

How do you handle a Bumpzilla?

So. Now what? Honestly, I’d start ignoring her, at least until she has the baby, because I am Grown-Up and Mature like that. She’s not going to change, so you owe it to yourself to NOT feel used and frustrated by her one-way friendship, for now. Once the baby arrives, you can make another attempt (sans gift, since OBVIOUSLY she’s made it clear how control-freak she feels about that). Take a card to the hospital, allow her the glowing, new-mama moment over The Most Beautiful Newborn Ever, and then go from there. She will be obsessed with the baby for a while — it’s normal and natural and utterly terrifying at first, but sooner or later she should start to resurface, though it’ll be a mystery to see what version of herself wins the cage match. Old Time Best Friend vs. Pregnant Selfish Person.

Relationship advice for once her baby is born

Motherhood may humble her, she may suddenly desperately realize that she needs and wants her old non-mommy friends…or it may eat her whole and she’ll be one of those people who stops being your friend after having a baby.

Sad, but totally true. It happens. There’s no sense pretending that it doesn’t. I lost a couple of friends right around the time I had a baby…and have since lost other friends once THEY had babies. It hurts to realize that you overestimated the value of a friendship, or the amount that you actually had in common. It does. And I’m sorry if that happens to you and your friend here. But if she’s unwilling to view your friendship as a two-way street, involving your feelings, experiences and interests, well…that’s just a lousy friend, pregnant or not.

More on girlfriends and pregnancy at Alpha Mom:

1. The Worst Support Group in the World
2. Bad Combo: Friendships, Pregnancies, and Jealousy
3. What to Expect (From Your Infertile Friends) When You’re Expecting