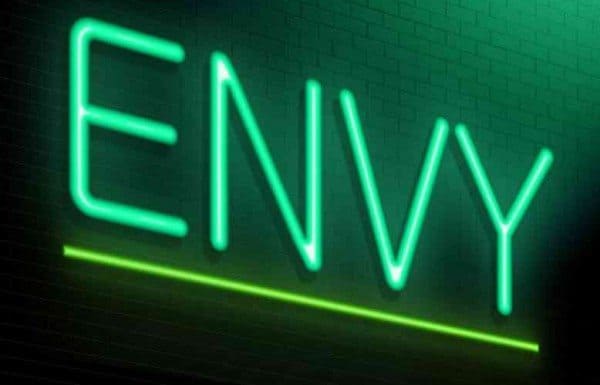 Some time in January, a close friend of mine confided in me an issue she was and continues to have with her spouse. She’s in her early 30’s, he in his late 20’s. She desperately wants children and he is adamant about not having children at all. They had casual conversations about “if we/you were pregnant”, schools, parenting methods, etc. But never a serious conversation regarding if they were both on board with starting a family. Her spouse decided that he did not want to have children, and she was understandably devastated. I was supportive and comforted her whenever she needed me.

Fast forward two months, I’m engaged on a Saturday and we found out the following Monday that I’m pregnant with our first baby! My fiancé and I are beyond excited, and at first, so was my friend. Shortly after, if my pregnancy was brought up in conversation it was received with cold responses and snippy comments. So I stopped talking about it around her completely.

Two days ago, she sent me a message stating I wasn’t comforting enough when she communicated her marital issues with me, that she resented my pregnancy, and would further distance herself from me in order to prevent from ruining our friendship. Two days after professing her feelings, and ignoring my responses, she sends me photos from some festival she’s at, like nothing happened.

I don’t know how to deal with this. This is my first pregnancy, and I’m incredibly hurt that she took jabs at me by accusing me of being a bad friend, stating that she needed to distance herself from me, but messages me when it’s convenient for her. I love her, but I am not okay with this. My friendship is not available only when it’s convenient for other people! Is this friendship salvageable? Help! I don’t want to be a shitty friend!

This question was submitted with the subject line of “Is my friend being self-centered?” Which…not really, technically. More like egregiously unfair and temporarily unhinged.

Look, it sucks that she’s having this issue with her spouse. But it’s not YOUR issue. It’s not something you can fix for her, and it’s certainly not something that can or should carry any weight on your family planning decisions. Your friend can’t expect the world to stop reproducing just because she and her spouse didn’t have a VERY IMPORTANT DISCUSSION BEFORE GETTING MARRIED.

I’m generally pretty sympathetic when a friendship gets strained over a pregnancy when one person is dealing with infertility — that’s an emotional minefield and not everybody is strong enough not to let the jealousy/resentment creep in when they feel fundamentally broken at their own inability to conceive. But even then, my advice is basically what you’ve already done: Be supportive and listen when your friend wants to vent, let the subject drop when it’s clear that they don’t want to talk about it. Being available as an emotional punching bag for them, however? Not so much. Pregnancy is not a zero sum game, and it’s just unfair and unproductive to lash out at a friend’s joy because you’re feeling sorry for yourself.

And that’s what your friend did. Although as opposed to infertility, she’s in a mess of her own making, quite frankly. The kids/no kids talk is not something to sort of…dance around vaguely  and sort of hope you’ll both end up on the same page. If she really desperately wanted children (and always knew she desperately wanted children) she should have communicated that to him from the start — if he was undecided or wishy washy about it, you stop and you figure that shit out. It doesn’t sound like he drastically changed course on her — she never pressed the issue, maybe made some assumptions from some hypothetical conversations, and then it turned out that no, those really WERE hypotheticals and he really doesn’t want kids. And if they were BOTH actually undecided/wishy-washy about kids before they got married and just sort of naturally ended up on opposite sides of the fence, well…there was always a chance of that happening. She took a gamble and lost.

And that SUCKS. It really does. I do feel badly for her, because there’s not much compromise to be had here. If they stay married, one of them is going to end up living a very different life than they envisioned or wanted. She’ll either need to accept and respect that his decision is final, or spend the rest of her fertile years trying to change his mind or hoping for an “accident” that he clearly won’t be happy about. Which: UGH.

Or they split up, and each find a partner better suited to their family/no-family plans.

So that’s what she’s dealing with, obviously, and sadly decided to take out her frustration on the nearest pregnant target: You. You have everything she wants and she threw a little temper tantrum about it. That also sucks, and there’s no reason you should have to put up with that. She asked for distance, give it to her. Give it to her without guilt or hesitation and enjoy your pregnancy. Call her out on the mixed signals she’s sending if you want. If she ignores you, retreat even further away, because that’s just frustrating.

I wouldn’t ever say a friendship is “unsalvageable,” especially when I don’t know you two, or your history, or even her side of this story. But from a practical standpoint, I’m not predicting awesome things for this friendship. You’re going to have a baby and she won’t. Even the best of friendships don’t always survive that situation — the new mom disappears too deeply into mommyhood, or the non-mom just doesn’t really care/understand what she’s going through, etc. Or everybody just sort of drifts apart naturally over time, and it’s not really anybody’s “fault.” Your impending motherhood has already exposed some very deep cracks in this relationship. She resents you for being pregnant, she will probably resent you for having a child. Unless she finds a better way to deal with her marital issue and finds her own peace with the situation, your friendship is not available to be her scapegoat.