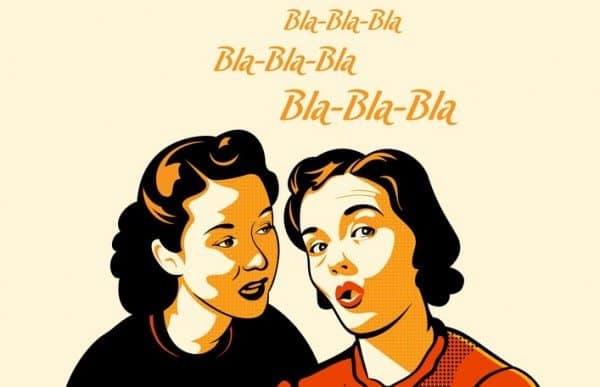 I’m new to your blog, but could really use your advice on determining when and how to share the news of our pregnancy.

Thanks to my husband’s work as a resident physician, we inherited a social group when we moved across the country three years ago. There have been moments where I’ve felt truly grateful for the friendship of other women whose lives have been similarly turned upside down by their husband’s career. Many times though, I’ve retreated as I’ve dealt with elements of superficiality and a lack of concern for privacy. Case in point, one of the first questions that I am regularly asked in the first or second time interacting with wives and female residents is: When are you starting a family?

At first I thought that their interest must reflect a genuine interest in getting to know me, but after invitations to further the friendship went unanswered, I realized that they just wanted to know… for their own information.

Jump ahead two years and I’m navigating the same choppy relationships, though often from the sideline. In the meantime, I’ve been repetitively ‘checked in with’ and essentially expected to keep them abreast of any updates, to the point that they notice and ask why I’m not accepting a glass of wine. This happens even when I haven’t spoken to them in 4 months.

Simultaneously, about 6 of these women are due in the next 6 months. Every gathering they share who else just announced and give a roll call of due dates.

Amy, I’m 11 weeks pregnant and over the moon. My husband and I are so excited to become parents and meet our little one. This social situation is a wet blanket. How can I own this information that they feel so entitled to? Can you help my think of a classy reaction to the husbands and their snarky ‘something in the water’ comments? Is there any way to avoid alienating the few friends I have while still asserting that my pregnancy has nothing to do with theirs?

I would so appreciate your thoughts on this, Amy. It’s the silliest thing to let this steal my joy and I know that. But until I figure out how to deal with it, I’m keeping myself and my pregnancy ‘in the closet’.

You’ve found yourself tangentially pulled into the orbit of a pack of bored but harmless busybodies, for whom life currently revolves around getting pregnant and having babies.

I can think of no better reaction than…shrug.

This feels like a big deal, and I hope I don’t sound like I’m dismissing your feelings when I tell you it’s NOT a big deal, but…it’s not a big deal. You tell them whenever you want to tell them — at 12 weeks, 13 weeks, once you start showing, or only after you’ve shared your happy news with people you genuinely care about and who you know will genuinely share your joy, rather than just circle around while chanting ONE OF US ONE OF US WE ACCEPT YOU ONE OF US.

Casually add your due date to the roll call, or just give a knowing smile and a “Yep!” when they zero in on your non-alcoholic beverage. Accept their superficial shrieks of congrats graciously. The news is out there, but it is still your own, and their knowing/not knowing or caring/not caring has no real impact on you. Because again: You’re semi-kinda acquaintances with a group of bored but harmless busybodies, for whom life revolves around getting pregnant and having babies.

Even though you are currently pregnant and going to have a baby, that doesn’t mean you’re one of them, and you shouldn’t feel obligated to join in their weird EVERYBODY GET PREGNANT NOWWWWWW reindeer game or whatever it is. You don’t owe them detailed updates on doctors’ visits, test results, ultrasounds, shower plans. You probably owe them some politeness, since it doesn’t sound like you’ve been egregiously mistreated by this group — they just aren’t your BFF jam and that’s totally okay. If they start asking questions you don’t want to answer, go vague and then pose the same or different question to another pregnant woman who seems more talkative. (And it doesn’t sound like you’ll have a problem finding one.)

That said, try to give some of these women the benefit of the doubt. It can be awful nice having a friend who’s also pregnant at the same time as you, even if you’re weeks or months apart. It can be even NICER to have a friend or group of friends with babies the same age. Since you only see this group in full-on pack mode, it’s possible that as INDIVIDUALS, there is potential for the kind of real, non-superficial friendship you’re after. Maybe get a couple of those other pregnant ladies away from the Queen Bees of the group and you’ll find someone you have stuff in common with, some playgroup potential or maybe just one woman you can text or call when you need a break.

Or not. Maybe this pack is just always going to be the arms-length sort of friends who are nice to your face but think you’re kinda stuck up behind your back because you don’t really share their priorities or approach to social situation. You can still be polite and a nice, well-mannered grown-up to them.

If you want to keep your pregnancy under wraps for awhile longer until you’ve cooled on their years of pestering you, do it. Just remember that WHENEVER the news comes out (and it will come out, so consider just telling them before they ask again so it’s at least on your own terms), it’s still YOUR news, not theirs. Their mass group pregnancies still have nothing to do with YOUR pregnancy. If they want to pretend to think so, whatever. If a bunch of doctors want to make dumb jokes about your city’s water supply being tainted with fertility drugs, whatever. Shrug it off and think how lucky you are that you have more going on in your life than caring SO DEEPLY that everybody needs to start families on the exact same timeframe…and how lucky you are that YOUR husband tells better jokes at parties, because “something in the water” WOW SO LAME YOU GUYS.