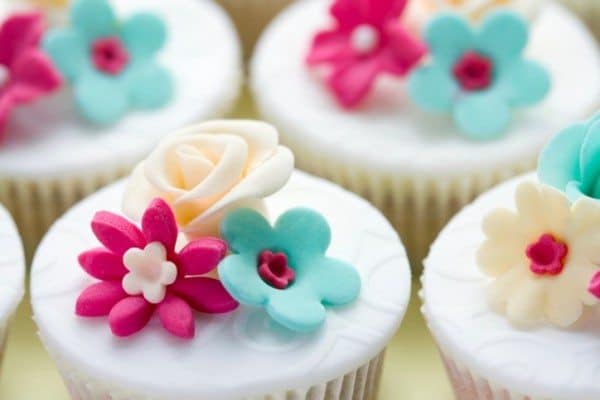 So I know you have posted before on second baby showers, and I remember the vibe being: It’s okay these days. But I kinda want to ask again, because you know, my situation might be different and stuff. I’m expecting my second child in December this year. It’s a girl, my firstborn is a boy and has just turned two. So while there sex differences, the time period isn’t that big. So we should have all the stuff we need right? Or maybe not if you are in the thick of the nesting instinct and also a second child who doesn’t want her second child to only have hand me downs from an older sibling. If that makes any sense.

So now that I have done my inventory I have realized that there is a whole lot of stuff that I don’t have or want to buy over for the second kid, and surely she deserves the fanfare and spoiling that is a baby shower too? Sure I have a pram, cot, car seat (that I want to upgrade). But I have very little in the way of unisex clothing. And of course a new baby means a whole new theme for the nursery which means new linen and blankies etc. And must replace bottles with BPA free ones. And then there are just the things that I’d like to do better this time round, like get an ear thermometer, and maybe get an electric swing chair instead of the bouncer we had last time… And by the time I am done I can replace just about everything because a new baby NEEDS new stuff? right? and I must do this better the second time around. Or something.

But the OCD issues aside. Is it inappropriate to have another baby shower? I’m thinking of combining/disguising it with a house warming, because that was another thing that the baby NEEDED. A new house. But then does it look like I am throwing myself a shower? I didn’t feel I could expect my sister to throw me another shower, so when she offered I said no. And if I do combine it with the house warming (Kinda like: welcome to our home and help us welcome our new baby?), is it okay to set up a registry, so I don’t get 25 pink outfits in 0-3 months size and nothing practical?

From a nesting second time mommy

Okay, once more, a summary with feeling: Second baby showers are definitely becoming more “okay” and accepted…in areas other than the South, where second (and third, and fourth) baby showers were ALWAYS okay and accepted. There is definitely a regional factor at play here, probably because (if I may make some sweeping generalizations) Southerners know how to throw showers the right way. They stick to the proper etiquette and the focus is NOT a big giant gift grab, as I see more often in other areas of the country. Showers are just…parties, meant to “shower” the mother-to-be with love and attention and an afternoon of fun. Why shouldn’t every new baby get their own party? That’s just silly to think otherwise!

Compare that to the mistaken idea — just seen in the comments of a recent column about asking guests to pay shipping costs — that showers are specifically meant to “shower” the mom with gifts. NO. NOT REALLY. Gifts are a plus, a perk and a bonus. They are not to be expected or required or otherwise specifically asked for. I admit that I am very old-school about this — I’m probably one of the last hold-outs who believe that registry info does not belong in the invitation envelopes, but should be asked for by guests who are interested in using the registry OPTION, because THAT’S WHAT IT IS, AN OPTION — but I do think if we could all dial back our thinking about baby and wedding showers, we’d all be less confused about what’s okay and what’s not, and get fewer invitations that make our jaws drop with the transparently open, bossy gift grab vibe to them.

Anyway. Sorry. That manifesto was not really directed at you, Nesting Second-Time Mommy. Just needed to give everybody a frame of my shower-belief reference.

You’re pregnant, you’re nesting, thus I’ll give you a pass on the one-track mind you’ve developed about BABY THINGIES!!!11!! you need and want and seeing a shower as little more than a means to an end to get them. Hell, you’re just being honest, and I personally don’t see anything wrong with having a second shower, PARTICULARLY if you’re dealing with a different sex and do honestly need some different clothing and supply options. (Though please don’t say things like “I don’t want to get 25 pink 0-3 month outfits and nothing practical” out loud. If that happens, you return the outfits that came with a gift receipt and send very nice thank-you notes to the gift-givers anyway. It’s really not the end of the world.)

Enlist friends or family to throw your second baby shower

That said, since second showers aren’t always an automatic given, it helps to proceed a bit extra cautiously on the etiquette side: I do think the housewarming/shower combo DOES come across as throwing yourself a shower. Which is — and I think this is something we can ALL agree on — something you just. Do. Not. Do. Seriously. If you want a second baby shower, re-enlist your sister and have her throw you a second baby shower. There’s really no other way to do it tactfully — you’re not disguising ANYTHING if you throw a party and then try to sneakily include a second baby registry.

I don’t mind the thought of combining a housewarming and a baby shower on its own, however — you just simply cannot be the one who throws it, if you’re adding any indication that gifts are to be involved. If your sister was the one, for example, to send out the invites and worded them like, “Nesting Sister cordially invites you to join in the celebration of Nesting Second-Time Mommy and Daddy’s new home and new baby!“, I think that would be just fine. Basically hand over all the typical shower-hosting duties, but have it in your home. It can be done…you just have to set the right tone.

If you throw the party…

If you really do want to throw the party on your own, that’s fine, but NO registry, and NO expectations of any specific kind of gift. Or any gifts at all. Your guests’ attendance and company is a gift in and of itself. Yes, you’ll probably get some itty-bitty baby clothes and not the battery-powered swing. C’est la vie. We bought a LOT of baby stuff ourselves the second time around, and we lived.

But. Here’s the thing, even if your sister “hosts” the combo party: Guests are probably going to bring you one gift, either from the household item category or the baby category. Not both. You may very well end up with a bunch of kitchen utensil sets tied to pink stuffed animals and not any of the practical stuff your nesting instinct is telling you that you NEED, because guest might not be super-clear on the concept. Perhaps you could do an Open House party in the afternoon and then have a more traditional shower with your sister and girlfriends afterwards in the evening? Skip the registries and have your sister suggest gift cards to either Home Depot and/or Babies R Us to guests who inquire?

Honestly, it’s probably simpler to go back to your sister and say, “Hey, I was wrong. I think I would like a shower, and would really appreciate your offer to host it again.” This whole “how to get gifts without looking like I’m out to get gifts” subterfuge thing just isn’t worth the hassle.

1. Hosting the Perfect Post-Birth Party
2. How to Throw Yourself A Baby Shower That Isn’t Tacky
3. Second Baby Shower Blues When You’re In Need