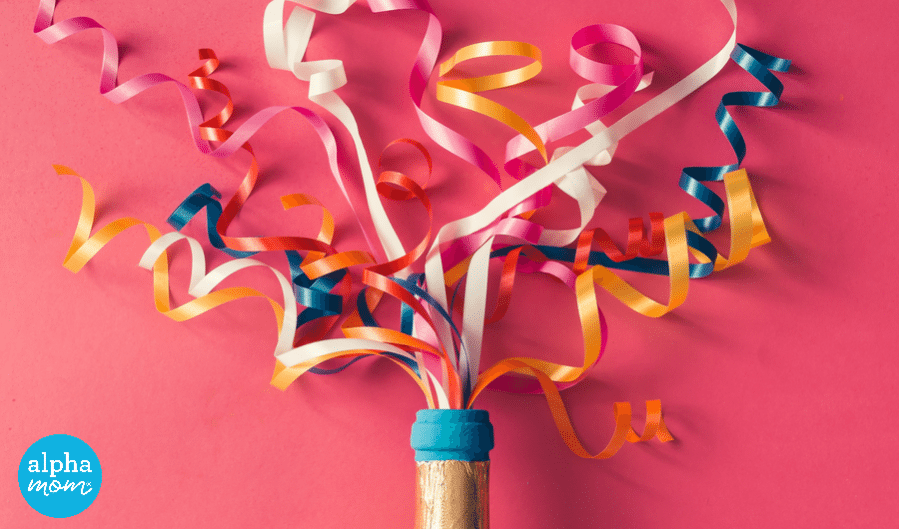 Many moons and babies ago, I asked you advice about throwing a wine tasting shower for my sister’s wedding. Well, said sister now has a toddler, and another on the way (side note, we both had our first babies 2 months apart.)

So, my sister is expecting baby #2 in 2 months. She is having a girl, and her first was a girl. We both decided a second baby shower wasn’t really necessary, BUT…

After having my own son, I realize a shower is more about just receiving gifts. I want to acknowledge this baby’s birth just as the first baby’s.

Question: Are “Sip and Sees” an actual thing? People come, see the baby, and drink stuff? Mimosas? Coffee? Tea? Rum and Coke at 10 am? Can I have an actual piggy bank where “donations to baby’s first bank account are fine, but if you can’t… cool?” I’d just set it up and people can put money in it if they want.

Whatcha think? Acceptable? Another excuse to drink stuff? Both?

Post-birth meet-the-baby parties are ABSOLUTELY a thing, especially for second (or third, fourth, etc.) babies. Or whenever a mom-to-be decides she’d rather avoid a traditional baby shower with tons of gifts. (These sort of events can also be self-hosted without breaking any etiquette rules, so they’re also great options for women who don’t have a friend or relative who’s willing/able to host on their behalf, or who have friends they don’t feel comfortable inviting to something gift-centric.) A post-birth party can also save the new parents from having to deal with a ton of separate postpartum visitors, and instead do a one-and-done across-the-board invite of friends, family, neighbors, co-workers, etc.

So as you can tell, I’m a big fan of the post-birth party, provided as much planning and hosting pressure is taken on the new mom as possible. (Has anyone here watched the [incredibly excellent] Amazon series Catastrophe? There was an entire episode based around a Sip-and-See party, hosted by the new parents. Towards the end, the poor mom breaks down in tears, not because of any of the million things that have gone horribly wrong, but because “Everyone’s still HERE. Why won’t they LEAVE?” And man, did I completely feel her in that moment.) So with that goal in mind, I’d recommend:

I would advise against having a piggy bank or visible donation area, since I think that would likely take some guests by surprise.  (And as a person who never, ever carries cash around that would make me feel pretty bad/dumb/unprepared, and those are definitely not the feelings you want any guests to potentially feel.) Any sort of gift/favor expectation (or lack thereof) should probably be made super clear on the invitation. “No gifts please,” or perhaps request that guests bring a freezer-friendly dish for the new parents, or contribute a bottle to the “YAY <MY SISTER> CAN DRINK AGAIN” alcohol stash. Or just don’t mention anything and let people bring or not-bring whatever they want.

Because honestly, no matter what you say or don’t say on the invite, some guests WILL show up with baby gifts. That’s pretty much a guarantee, because people love buying baby things. But to avoid embarrassing any non-gift-givers (and avoid turning your non-shower into something that hella looks like a shower), these gifts should be treated much like any gift that shows up at any party where the invite specified “No Gifts Please.” Thank the giver in person, then take the gift elsewhere and out of sight of guests. Open gifts later in private and then send a thank-you note. It’s also likely that some people will bring something for the new big sister — and that’s entirely up to you and your sister on how to handle those; either let her open and play with them or likewise save them for later so she doesn’t start expecting/demanding toys from everybody who shows up.

Other than those super-general suggestions, though, you can honestly do whatever the hell you want. A brunch-style spread with some mimosas, a backyard beer-and-BBQ get-together, a wine-and-cheese party where everybody brings a bottle of their favorite wine, whatever! What kind of party do you and your sister enjoy throwing for any other reason? A new baby is a TERRIFIC reason to throw a party, and I bet plenty of guests will be overjoyed to come and celebrate the new baby girl’s birth no matter what you call it or what kind of booze you serve. (Especially in a non-traditional baby-shower setting where the hostess isn’t going to spread baby food on diapers and make you smell it. Please let us end that shower game in our lifetime, ladies. I beg of you.)