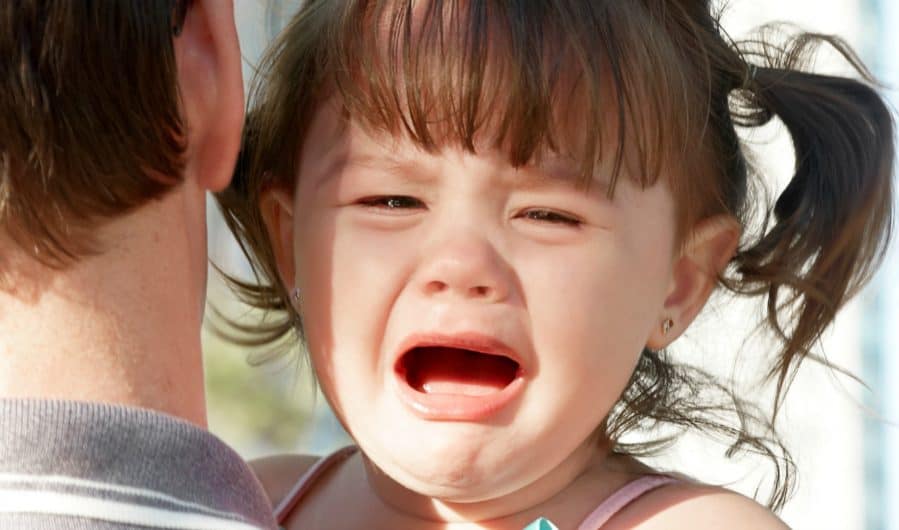 You were a great help with my struggle to wean and now I’m back for more wisdom because HELP! My 2 1/2 year old is having issues with aggression and my husband and I are completely lost. Fortunately (I guess?) his beatings are always directed at us (mostly me) rather than other kids. His triggers are the typical stuff like transitions and being told he’s not allowed to do something unsafe. Giving him a timeout escalates the situation and we just don’t know what we should be doing to help him calm down and also enforce consequences.

Here’s a typical scenario from this morning:
He’s having an amazing time playing with kids at the park. He starts to wander towards the road and I tell him to stop at the fence. He starts climbing under the fence and I approach and tell him “no, it’s not safe.” He starts hitting and kicking me and I tell him he needs a timeout for not listening and for hitting. I have to physically move him to a safe place for a time-out. I try to keep him in place and say it’s okay to be upset, but he cannot hit me (as he continues to kick and hit me). I show him how to take deep breaths and try counting to 20 but he’s basically in a mental state where he receives no input. I would be fine letting him ride out the tantrum but any time I let go of him, he runs back towards the road. I tell him if he hits me again, we’ll have to leave the park. He hits me and I carry him kicking and screaming back to the car as he tries to smack and pinch and strangle me the whole way. I give him the opportunity to walk beside me but he runs the other way. And of course the aggression continues as I force him into the car seat. I start the car and give him a few minutes to calm down. When he’s quiet, I open his door to explain why we are leaving the park and he tries to kick me in the head.

I feel so defeated and lost. And it feels so wrong to me that I basically have to wrestle with my child all the while telling him to use gentle hands. He is welcome to rage in the grass or on the carpet, but instead he runs away from me and I have no choice but to catch him and restrain him before he runs into the street or tries to climb on the kitchen counters again. I don’t know how to teach him to calm down because who can be calm when you’re being held tightly against your will? Is there some other method besides timeout I should be using?

Things we try to be consistent with: To help ease transitions we give him a 5 minute warning and then let him choose one last thing to do before we go – so far this hasn’t helped. Having something positive to look forward to like a snack sometimes helps (if it’s immediate, so basically a bribe). When possible we do natural consequences (hurling your toy at the dog means you lose the toy). We heap on the praise when he listens well and I try to give him opportunities to succeed, like asking him to throw things away and put dishes in the sink. If we’re at home, I will put him in his room for a timeout (we have a gate on the door) and he generally does calm down without me beside him, but we continue to struggle with sleep and I’m concerned using his room as a timeout will make bedtime feel like a punishment. I try hard (and often fail) to stay calm because I know he loves to get a big reaction out of me. What is more maddening than a toddler laughing manically at your angry voice and trying to swat your face?

I have to emphasize that he is the sweetest kid otherwise – he’s very social and plays well with everyone. He is gentle and shares well. I don’t think my friends believe me when I tell them how we are struggling because they rarely see this side of him except maybe when playdates are over and he smacks me all the way to the car. His triggers seem normal, but he’s the only one of his peers that can’t seem to handle the timeout concept. The other kids seem to understand that if they sit for 2 minutes, they get to play again. My son also struggles with if/then statements, like first we put on our shoes, then we go outside. All he seems to hear is “go outside.” My husband and I agree that he seems to understand less than his peers and he has no idea what is going on when we try to do a timeout (I guess that’s fair because neither do we).

Confession time: I sat on this question for much longer than usual, for no other reason that pure, unadulterated cowardice.

What you’re describing, OP, is very, very similar what I experienced with my oldest son. Who was also an unbelievably sweet, gentle, social, polite, all-the-good-adjectives toddler. Until he was triggered, and all bets were off. He had almost zero impulse control around streets and in parking lots. The tiniest change in routine or deviation from what he expected (or wanted) would send him into an uncontrollable fight-or-flight full-body reaction. Getting him to calm down or self-regulate was downright impossible, unless I just picked him up and physically removed him from the situation while he kicked and screamed and flailed the entire way. Trying to talk him down or explain things only made it worse, and would cause him to lash out physically. He laughed at inappropriate times and didn’t seem to grasp when he was making me cry or that I was angry. He couldn’t follow multi-step directions or grasp abstract concepts or if/then statements. When around his peers the communication differences were often subtle, but undeniable. And getting wider with each passing month.

And that’s where the “cowardice” comes in, because I assume you know the rest of my son’s story, or at least the general gist. After being diagnosed with Sensory Processing Disorder (and other assorted social/coordination disorders along the way) as a toddler and preschooler, my son is now considered Autistic. (Something akin to what used to be considered Asperger’s, but now falls under the umbrella of Autism Spectrum Disorder.) I don’t like writing columns like this, where I can’t just brainstorm some alternate discipline methods or be like “oh, it’s a phase, it’ll pass.” I don’t like when the “oh yeah, I TOTALLY went through this too” part of the column has to include the stuff that I know other parents are terrified of.

Obviously (OBVIOUSLY) I am not diagnosing your son via Internet advice column, but your letter contains enough red flags that I would highly suggest you get your son evaluated by Early Intervention or a private early childhood center. Your son’s triggers are absolutely are normal things that most toddlers struggle with, but the force of his reactions concern me. “A mental state where he receives no input.” BAM, lady, I wish I’d written that, because yeah. I know that state.

And honestly, you’re doing just about everything else I would typically recommend to parents dealing with a strong-willed or tantrum-prone toddler (positive reinforcement/opportunities for success, reasonable consequences). He probably needs a dedicated, non-punishment “cool down” space (NOT a timeout) somewhere in your home, but obviously that’s not going to help you cram his raging body into his carseat at the park when he’s literally kicking you in the face. (My son did that too! It felt GREAT.)

So I don’t know how you’re feeling right now, reading these words. I do know what it feels like when all your friends say, “what are you talking about, he’s FINE” while inside you’re holding on by a thread because they have NO IDEA. Perhaps there’s some cold comfort in me saying “I know EXACTLY what you’re talking about.”

I can also offer you this: My son is FINE. My son is AMAZING. My son absolutely needed early intervention and we got it for him, and it changed all of our lives. We saw positive changes almost immediately. We learned how to reach him through the forcefield of his fits and pull him back to us, to himself. He learned how to self-regulate and process the world around him (albeit always in a unique way). He’s now as big of an advocate for HIMSELF as I am, or ever was. I bristle and hiss at the assumption that my son is some kind of worst-case scenario.

I mean, again, I am not an expert or a doctor. I might be talking completely out of my butt here and an evaluation will reveal nothing but typical, strong-willed toddler who needs time to mature out his aggressive take on tantrums. But I think you’d regret not seeing if he (and YOU) might benefit from some early intervention-type services.  But the longer I let your letter sit in the question queue, the stronger a sense of nagging regret/guilt tugged at me.