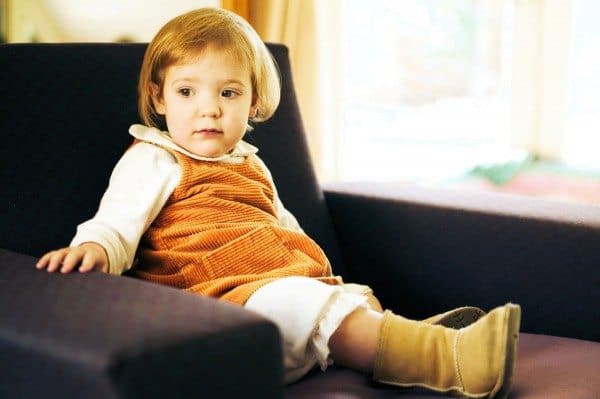 To Time Out Or Not

Amy – love your columns & blog. Hope you can get to this question soon. I have a 20 month and am wondering if time-outs are something she will ‘get’ at this age. Do you do them with your boys? The behavior in question is when I am changing her diaper she will kick me. I have tried to correct by saying “No kicking” but that produces laughter/games from her side. I have tried no reaction to it for a while – she doesn’t kick every time but when she does I can’t seem to communicate with her that she shouldn’t be doing it. (Not to mention I am 8 months pregnant and my belly is well within her kick-span at this time…)

My husband seems to think we could do them at her age now but I am not so sure I could get her to sit in a chair if she was throwing a fit. I have been reluctant to use the crib as a time-out place because I don’t want her to associate that with punishment. Any help appreciated. THANKS!

Yes, we do use time-outs in our house. We use a Super Nanny-inspired Naughty Step, and our time-outs are generally one minute for each year of age. (You’re 100% right — the crib should NEVER be used as a punishment space.) My oldest son, Noah, didn’t start “real” time-outs until well after his second birthday (I think, oh my lands, the parental memory holes are so deep already), mostly because the results were almost comical when we tried it earlier. He just stared at me like, “What? Are you kidding me? Because I’m going to stand up the second you back away. Maybe even the second before that.”

My (now middle) son, Ezra, on the other hand, understands the Naughty Step already, and we’ve been using it for a couple weeks now for temper tantrums that involve throwing toys or hitting. He’s only 22 months, but I think he “gets” the concept because he’s seen us use it with his older brother. We round up to about two minutes (ISH) for him, and have taught him to say and sign “sorry” (rub your fist in a circle on your chest) so he’s learning the whole “apologize and you can get up” part of the punishment too. Yesterday I saw him get angry at Noah and throw a toy car at him…and then as soon as he realized what he’d done he stomped over and sat voluntarily on the step. He knew! Win! Huzzah!

But there’s NO WAY the Naughty Step would have worked like that for Noah at 22 months — he wasn’t verbal enough, for one thing, and he didn’t have the benefit of seeing it in action with an older sibling. So…it might be too early for your daughter, or it might not be. It’s just different for every kid — some kids will never really respond well to time-outs, and some parents are mightily against the concept in general, so…yeah. I AM ABSOLUTELY NO HELP AT ALL.

Oh, wait! Maybe I am! My boys went through a similar phase — hell, Ezra is STILL in this phase — of hitting/kicking/whacking with toys/throwing stuff right in your face/OW OW OW. Noah was probably around 18 months — far too young for time-outs. We started reading the “Hands Are Not For Hitting” kids’ book and following the parents’ advice in the back of the book on how to gently and consistently react to the behavior (without losing OUR temper, because seriously, even an 18-month-old can HURT YOU, even if they think it’s just a game). It really, really helped a lot, and there is indeed a “Feet Are Not For Kicking” version that I would definitely suggest you try, regardless of whether you decide to institute time-outs or not.

And as further evidence that Different Things Work For Different Kids — we read Hands Are Not For Hitting practically DAILY to Ezra before giving up and plopping his butt on the Naughty Step. He liked the book, but cheerfully and consistently ignored the Entire Point. He gets mad, he lashes out with his hands — he smacks or throws things or just knocks the nearest thing over in a pint-sized huff. For him, I think the BREAK aspect of the time-out — a minute or two to calm down and take a breather — is what HE needs, and why it works for him. Your daughter might just need to see the “THIS IS NOT A GAME, THAT HURTS MOMMY AND BABY BROTHER/SISTER” message illustrated and reinforced for her rather than punishment, since she really is at an age where kids just DO STUFF without understanding why they shouldn’t. Once you’re really sure that the awareness is there and self-control is possible, a time-out can be much more effective, I think.