Twitter Facebook Pin It Email Article
Prev Everything Nobody Ever Told You About Potty-Training Boys Next Potty Training Wars: Breaking the Diaper Dependence 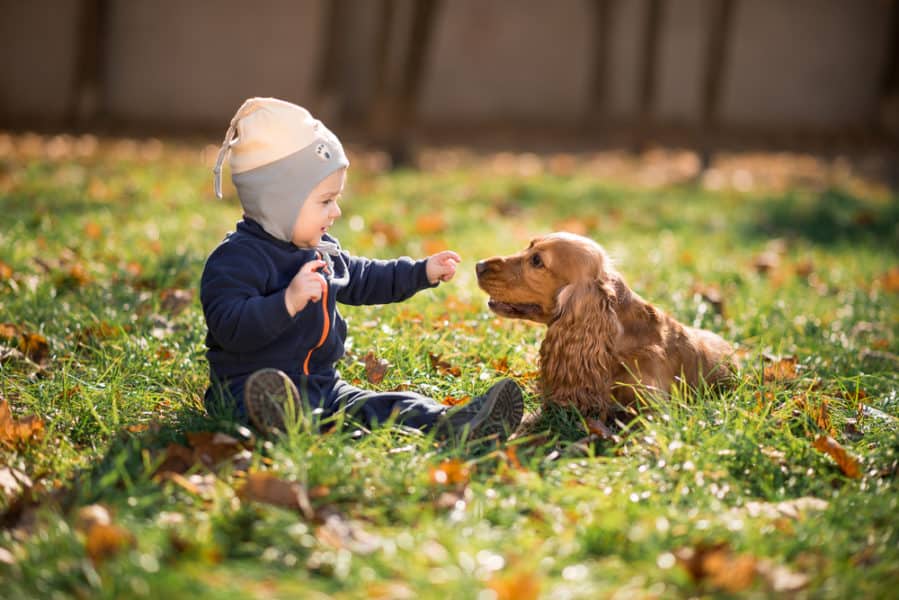 All Talk, No Babble

I’ve read so much of your advice as it pertains to babies and toddlers with speech delays but most of the questions are with children who are late to talk. My situation is I have a 13 month old son, almost 14 months, who is very quiet, isn’t even babbling and has no attempts to make words.

He doesn’t really have consonant sounds – once in a while we’ll get a “mmm” sound. Almost all vowels runts, squeals. He’s seen a child development psychologist because he’s presented with other developmental delays (motor skills, likely related to torticollis), some social and emotional, and she puts him at about two months behind. Ditto for receptive skills (about two months behind). She’s not thinking autism because he has good eye contact, plays with others, looks to us for reactions, is curious, he’s pointing, gesturing, understands most of what I say. Doesn’t always respond to his name, or “mama”, “dada” but always knows where our dogs are!

The psychologist wants to reevaluate the need for speech therapy when she sees him again at around 18 months. I’m just so concerned about the lack of babbling and what this means. I get the late talkers but to not have any consonants and no babbles? I’m so concerned. Any advice?

Thanks so much,
a concerned momma

So here’s the thing about speech delays – everybody has a different yardstick, a different point of developmental reference, a flavor of the friend-of-a-friend’s anecdote, a variation on the Einstein-didn’t-talk-until-he-was-five factoid – and after patiently listening to them all, you are often overcome with the urge to scream THAT’S GREAT, BUT THIS IS MY KID, MY BABY, WE’RE TALKING ABOUT HERE.

And I get that. Speech delays exist on a wide and varied spectrum. Honestly, so does “typical” speech development!

“Typical” and delayed speech exist on a wide spectrum

My oldest son babbled but didn’t point or gesture, and then had difficulties turning all his babbled sounds into something purposeful. My middle son was born tongue-tied and preferred to scream nonsense sounds at the top of his lungs, for months, while my youngest was a very, very quiet, serious baby with limited vocal sounds who nevertheless said “doggie” one day, and then a dozen more words almost immediately after that.

My youngest, I think, is the kind of anecdote (SEE, I DO IT TOO!) that people tend to think of when they talk about “late talkers.” You know, the idea that a child will miss a ton of communication milestones and then magically, one day, begin speaking in full, perfect sentences.

This is also the kind of anecdote people like to tell concerned parents or parents of kids in speech therapy to either 1) help? comfort? something? Or 2) passive-aggressively say, “You’re overreacting. Calm down.”

(Ironically, my youngest is the only one of them still in speech therapy for his ongoing “articulation issues.” Otherwise known as a lisp.)

Your son is about two months behind on an array of different skills. So it makes sense that his speech sounds would also fall somewhere in that range. And at 13/14 months, two months might as well be two years, given all the things that are happening, rapid-fire-like, inside his brain and body.

It’s not time to panic

But it’s NOT two years. It’s two months. And while you are absolutely doing the right thing by being proactive and getting him seen and evaluated, I don’t think you need to panic just yet. There is still plenty of time for him to babble and develop consonant sounds and more of an interest in expressive communication. A check-in at 18 months sounds like a solid, excellent plan that will either let him develop some of those “missing” skills at his own unique pace…or allow you to catch him right at the perfect time for Early Intervention and speech therapy (18-24 months) before he has the chance to fall further behind. Speech therapy is great. Giving kids the time to develop on their own is also great. I am confident your son is going to be great.

And some kids really are just quiet! And prefer to listen and take in information and sounds – receptive communication is super important too – and maybe don’t see the point in making all those sounds themselves just yet, particularly if they aren’t otherwise struggling to have their needs known and met.

My practical “advice” for YOU

Which I guess brings me to the only practical “advice” I have for you, which I’m sharing way more for your sanity (and completely understandable urge to DO something, anything, during the next couple months) than out of any deep concern for your son. These are just things I found to be really helpful during our various speech delay/evaluation/worrisome periods:

1) Hold back.
Give him time to express his needs or wants before you fulfill them. It’s really easy (especially if you’re only parenting one child) to over-anticipate and over-fulfill what your toddler needs or wants…which means they miss the chance to practice asking for things. Don’t push it to the point of a tantrum, but just try to catch yourself when you go on Momma Autopilot and hand him a sippy cup just because you see him looking at it.

2) Play dumb.
If he points at a toy or snack that he wants, pick up and offer the wrong one. Let him problem solve; let the wheels spin a little as he tries to think of another way to get Slow Silly Momma to understand what he wants.

4) Resist the urge to constantly fill the silence.
I think we all struggle with this modern parenting idea that we must all speak in full sentences to our babies at all time, constantly narrate the world for them (preferably in two or more languages!), and we turn into human label-makers – look at this bird! that is a plane! this spoon is blue! milk comes from a cow the cow says moo can you say moo oh god why won’t you say moo?

If he’s intently watching the dogs by all means, talk about the dogs. But keep it short, fun, and focused on just a couple words or sounds. If he’s playing quietly with some blocks, let him play with the blocks. If the blocks fall over, a goofy, over-the-top UH-OHHHHH or other easy “silly” sound is usually a good attention-getter, and sometimes one they’ll deem worthy of trying to repeat.

5) Encourage low-pressure mimicry.
In the spirit of points 3 and 4 above, encourage him to mimic things beyond just words and “real” letter sounds. Hand motions in games and songs, clapping and waving, funny mouth noises like blowing raspberries or popping sounds, etc. Anything that amuses him and gets his attention – and his attention on your mouth, as he tries to figure out how you made that funny sound and whether you’ll make it again – gives you a great window to make more of a communication connection and impact vs. a constant barrage of vocabulary words and anxious “can you say <blank>??” prompts.

(Plus it’s never too early to teach your child to appreciate the classic comedy stylings of a well-timed fart noise.)

More advice on concern about toddlers and speech: