Twitter Facebook Pin It Email Article
Prev What to Do When College Decisions Arrive (Hint: Don’t Panic!) Next Pushing Back on a Pushy Therapist 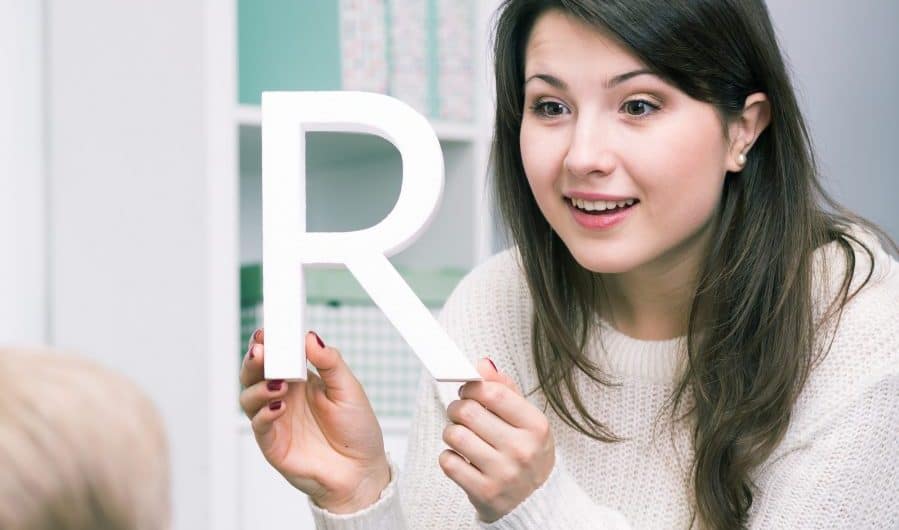 I’ve been reading your blog/column since I was pregnant with my son in 2009 and it’s been a pleasure! But I FINALLY have a question I could use your seasoned advice on.

My daughter just turned two and says THREE words. I became concerned at 10 months that she was saying nothing, but her pediatrician wanted to play the wait and see game. On a completely unrelated note, around 18 months, my son had to see a speech pathologist after tonsil surgery (he was fine) and I mentioned my daughter to her. She offered to evaluate her right then. We got so lucky. I’m sure she got sick of me saying, “thank you!!”

Lo and behold, hell yea she was delayed. Like 6-9 months skills delayed. She gave us a referral and we immediately started speech therapy, twice a week. We love it- she’s doing so much better now. She is actually saying words and signing and just communicating better in general.

Around 22 months, I noticed her toe walking and “w” sitting. I mentioned it to her speech therapist and the occupational therapists that work in the office. We all kept an eye on it and last month we all agreed that it had gotten worse and needed to be looked at seriously.

Her pediatrician did not agree and accused the OTs of trying to push services on her that she didn’t need. Of course this was after he saw my daughter for 5 minutes during which she hide behind me. He did, however, agree to send her to be evaluated by a developmental pediatrician.

It was at that appointment that we discovered that not only is she hypermobile (causing the toe walking & w sitting), she is showing signs of sensory issues (I had a feeling) AND she FAILED a hearing screening on one side.

So on top on speech therapy and looking for a new pediatrician (I think two strikes is enough) we will need to see an audiologist and start OT.

My question is: So far, I have been DIYing all of this. Should I be going through Early Childhood Intervention (ECI) instead? Would it be better to have a record through them, especially if she needs to continue therapies into her school years? What are the pros and cons?

I know the battle is just beginning when it comes to being her advocate. I am doing everything I can to fight for what she needs, but is it more beneficial to have ECI as an ally?

Thank you so much!!!

First of all, thank you for already being such an aggressive advocate for your daughter. It will likely serve her equally as well as all the other therapists/specialists combined.

Now to your question: I would recommend looking at your local ECI (also known simply as Early Intervention [EI] in some states) as an “in addition to” rather than an “instead.” Every speech/OT/special needs services program has its strengths and weaknesses, and not every program or therapist will “click” with each individual child. We personally chose to open as big of an umbrella as we possibly could during our son’s early years, opting for both private services (paid either out of pocket or billed to insurance) (although more on THAT in a bit) and the free (well, tax-funded) services provided by our state’s EI program for children under three.

Not all public EI/ECI programs are created equal, obviously. Many are woefully underfunded, understaffed and don’t have much to offer to families other than those with the profoundest needs. (And even in those cases, I’ve heard some very disappointing stories.) While others are downright fantastic! So it really does depend on where you live. We loved our son’s EI speech therapy and the social skills programs they offered…but then had a pretty bad experience with an OT who really wasn’t prepared to work with super-young children. So we supplemented that hole with a private OT program that was outstanding, but of course out-of-network for our insurance. Eventually they WERE considered in-network, but our insurance just went and rejected everything anyway. I think we spent more years battling with our health insurance company for reimbursement than our kid actually spent in OT.

If your insurance is (so far) not being a dick to you about some of your daughter’s “fuzzier” diagnoses (ours wouldn’t touch anything “sensory” with a 10-foot-pole, and we were YEARS away from our ASD diagnosis, which is pretty normal), that’s AWESOME. Of course continue to utilize the services your insurance can provide, especially since the speech therapist relationship is in-place and successful. That’s why you pay premiums.

But it also doesn’t hurt to see what ECI/EI has to say or to offer. They might have a great little playgroup/lunch-bunch kind of thing where your daughter can practice her new communication skills, while under the supervision of an OT who can offer activities to target the toe walking and other motor skills. (Many private places offer these sorts of groups too, but they are almost never covered by insurance and oh my lands, can they get pricey.) Who knows, your daughter might benefit from double-duty OT/ST for a bit and you’ll discover that she simply likes and cooperates with one therapist more than the other. For OT, you really need someone super patient who “clicks” with your kid, because they’re trying to get her to do stuff that she’ll be pretty resistant to. Either way, you pay taxes to fund the public services, so…why not check them out too?

You hit on another reason why it might make sense to reach out to ECI/EI, and that’s continuation of services. Getting “in the system” and “on the record” is definitely a benefit. Typically, these programs are for children under three, so as your daughter gets closer to her third birthday there will be some re-evaluations and a transition plan put in place by you, the ECI/EI team and the school district. She might qualify for an Individual Education Plans (IEP), a preschool program or other pre-K services. She might not, but then IF issues crop up in say, kindergarten, just being able to say “here’s her history with early intervention and all her evaluation results that point to developmental delays” makes later special education identification SOOOO much easier.

(I mean, the private stuff does too, but anecdotally speaking, the EI/public program stuff just always seemed to hold more weight with our IEP teams — perhaps a shade of your pediatrician’s belief/assumption that the private places tend to “upsell” nervous parents.)

This transition is actually where our Early Intervention journey went super-haywire: I discontinued OT services because they weren’t working out (bad therapist) and planned to pursue private OT instead. Thus the only thing EI was really looking at was his speech, which had VASTLY improved during our time with them. So I was “advised” that there was no point in bothering with transition testing. He’d “never qualify” for PEP, the district’s free special needs preschool program. Just put him in a play-based classroom; he’ll be fine.

Since OBVIOUSLY all any special-needs parent wants to hear is that “he’ll be fine,” we agreed to end services without the formal transition evaluation process. To any and all special-needs parents out there? DO NOT DO THIS. THEY CAN’T MAKE YOU DO THIS. SAY NO. DIG IN. INSIST. Even if your kid actually honestly doesn’t qualify for continued services in the end, you have the right to the full formal process and it’s better to know for sure.

We left EI, put our son in preschool (instead of PEP), and watched him give back every gain he’d made and then regress even further across the board. It was horrible. And thanks to “leaving the system” over the summer, I basically had to start back at square one to get him evaluated by the school district. Tons more forms, TONS more waiting. It’s already a long process, but it was extra frustrating because we essentially went from the “front of the line” to the back, all because we trusted our speech therapist’s opinion that “he’ll be fine.”

Wow, tangent. But anyway! Our son 100% absolutely DID qualify (the district was BAFFLED that we’d been told otherwise) and transitioned into the world of Individual Education Plans (IEPs). We continued to get him private OT and summer camps and did one year of double-duty preschool (public in the AM, break for lunch, off to private in the afternoon). Again, the “in addition to” approach rather than one or the other was great: the public option focuses more on academics and general school readiness, the private school was more OT intensive and worked on stuff like his rigidity, executive functioning, etc. We were thrilled with the results, and I genuinely believe they are a big part of how high-functioning and successful he is today.

Early intervention WORKS MIRACLES (which is why hell yes, dump that pediatrician who seems to think otherwise), so I’m all for getting toddlers alllllllll the options. Keep moving forward with your plans, but add a phone call to ECI/EI.

Good luck! I know it can feel really, really overwhelming, but it’s doable. And so very worth it.