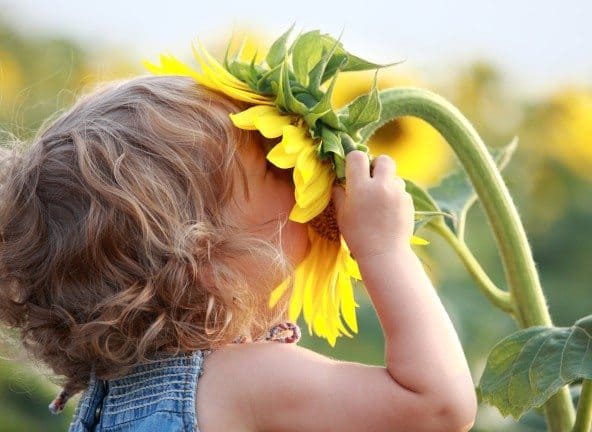 My precious, amazing, easy-going, astoundingly beautiful 20-month old just will not talk. A few weeks ago, his doctor guessed he was on the verge of his language explosion and said she’d give us a referral if we really wanted, but suggested waiting awhile because everything else was fine.

He was not on the verge of a language explosion. If anything, he’s lost a couple words. And a few days ago, I read a cheerful article about not worrying if your child isn’t talking much yet, because some children this age only have ten words, and I just snapped, because “ONLY ten words?!”

He does not have that. He doesn’t have even half that.

I know kids develop at different rates. I know that every other single thing about him points to, “he’s fine.” But I’ve been worrying about him since he wasn’t babbling on time and I can’t deal anymore. If nothing else, I’ll get an expert opinion telling me things are Just Fine, Wait and See. Or we’ll be equipped with something to do to help him.

So, I more or less told my husband I was calling and getting the referral. He’s not really on board, but he didn’t really argue or anything. And I got the referral and it got set up so fast.

My husband doesn’t want to talk about it. And I keep telling different people about it, friends, relatives, and they’re all great and supportive. They’ve listened to my worries before. But I just keep compulsively finding people to tell, I don’t know why, maybe waiting for someone to say just the right thing and understand. And it’s ridiculous, in a way, because nothing anyone says will take away the fact that I am scared something is wrong with my child.

And the other thing is, no one in my circle has really gone through anything like this. So, I can’t really believe assurances that it will be okay. Everyone is lovely and supportive and I still feel terribly lonely with this.

I’m not really writing with a question. I guess I’m more just writing because I just needed to share the worry with someone who has been here, or somewhere like here, so I could not feel so alone and scared.

Thank you for listening,
Worried

And I’m not saying that, incidentally, because I necessarily think there is something “wrong” with your child. Because here’s a little dirty secret: There’s something “wrong” with everybody’s child. Because everybody’s child is a human being, and human beings are not ever, at all, even a little bit, “perfect.” Thus, no baby, no child, no teen, no adult, is “perfect.” We are all flawed and complicated and different and have “stuff” we struggle with or need to work on. Speech can be part of that stuff. Or motor skills, social skills, academic skills — every child eventually runs into their stuff.

But I completely, 100% understand how HARD and SCARY and UNFAIR it can feel to have your child’s stuff crop up sooner than everybody else’s child’s stuff. There’s a bit of a grief/mourning process, as you say goodbye to the days where you lived in a breathless bubble of “he’s perfect!” Like you, I was completely alone when my firstborn was identified as speech-delayed (around 22 months).  And then pervasively-delayed across a whole spectrum of stuff. In fact, it felt like I was surrounded by nothing but early talkers and fearlessly typical, “perfect” little toddlers. And moms who stared at me blankly, because heavy stuff, man. I can’t really relate and don’t know what to say so I’ll just tell you the story about how Einstein didn’t talk until he was four/five/nine years old for the millionth time.  (For the record, he was three.)

That’s probably why I turned to the Internet and blogged my way through the Early Intervention roller coaster. And it’s probably why you wrote this question. So let me loop back and say this one more time: You’re doing the right thing. Also, I know. I understand.

The worst thing — my absolutely most least favorite thing — is and always has been the days leading up to a new evaluation or appointment. Even now! After going through countless evals and meetings and therapists and whatnot, I still get a little nervous/stiff/panicky ahead of time. So this point right now? Where you are? It’s the worst part. Yes, probably even worse than getting your fears confirmed with a delay diagnosis, because then you KNOW. You can move on to the DEALING WITH IT part. The PLAN and ACTION part. The part where you can GET SHIT DONE.

For the record, speech delays, on their own? No big thang. A flesh wound. I can’t tell you the number of parents I NOW know, in the elementary school world, who are all, “oh yeah, my kid had speech therapy too.” And you would never, ever in a million years peg that child as having trouble talking. We place way, way too much emphasis on verbal skills, I think, and tend to use them as a marker of general intelligence or future academic success. As a mother with three children who were all OVER the verbal development map, I place my hands on my mouth and make obnoxious farting pfffffftttttt noises in that theory’s direction, because WRONG.

But for the record, early speech therapy is awesome and fun. I learned SO MUCH from it. And with the right therapist and guidance you might see results in no time. Particularly at this young age, because sometimes toddlers just don’t talk because they don’t see the point. You might not realize that you’re pre-fulfilling his every need and request before he has to make it — because you know him and his schedule and are loving and attentive, which are good! But sometimes, for some kids, you need to shut up and listen. And wait. And give them a little more desperate motivation to tell you what they want or need. (And here’s where I insert my standard go-to recommendations for speech-delayed toddlers: The Hanen Program’s It Takes Two to Talk and Signing Time [DVDs or Amazon Streaming]).

But I’m getting way ahead of myself here, and ahead of you and your child. Who might not even be officially speech delayed yet! 20 months is still definitely, totally early-to-borderline! But again, I think you’re doing the right thing because you’re following your gut. Your instincts, whatever. Some might call it first-time motherhood neurosis or something, but go ahead and pfffffftttt in their direction too. You know your child. You know what you’re thinking and feeling and suspecting and it’s GOOD to just deal with it. Check it out. If you’re not comfortable rolling the wait-and-see dice anymore, stop and schedule an eval. It’s not going to hurt anybody and no therapist is going to like, yell at you for wasting their time if your son wakes up that morning with 10 magical new words.

Here’s a secret, though: Your son’s language development does indeed sound a lot like Noah’s, which is another reason why I suspect you wrote me. But it also sounds a lot like…Ike’s. Who my husband worried about a LOT. He was fairly convinced we needed to get Ike evaluated because…well, NOAH. We’d been through it before.

But I didn’t schedule an evaluation. I didn’t turn to the Internet to wring out my fears. I didn’t tell anyone that yeah, Ike toe-walked on occasion too. I didn’t ignore it or stick my head in the sand, but I listened to my gut. And my gut was telling me loud and clear that Ike was fine. He understood everything we said but was quiet because his older brothers talked for him, and because my husband and I totally fell into the habit of pre-fulfilling every need in order to keep our bustling, chaotic household rolling smoothly. If he had sensory issues, they were extremely mild and stuff that I felt (from years of reading and interacting with experts and other special needs kids) I could address at home with the right activities and games. (Book rec! The Out-of-Sync Child Has Fun! Totally essential!) I upped his enrollment in his toddler Montessori program five mornings a week to increase his interaction with peers, because I suspected that the classroom environment would “force” him to speak up and make his needs known better than being cared for one-on-one by me or a babysitter.

Guess what? I DID THE RIGHT THING. It took until 26/27 months, but Ike’s language fully and totally EXPLODED. He skipped right from a decent-ish list of single words to full sentences. Paragraphs! Nouns, verbs, abstract concepts, please and thank you, for God’s sake. The toe-walking disappeared and thankfully, so did our fears.

I’m not sharing that anecdote because I think THAT’S what you should do, by the way, like some obnoxious “this is what worked for myyyyyy child so therefore blah blah smuggy smug smug smug.” It’s more of a testament to The Mother’s Gut, and the Importance of Following It. We doubt and question ourselves so damn much, but really, we’ve got this. We know this. We know our children and we know what our children need — from us, or from someone who knows more than us. And so do you. Because you’re doing the right thing.