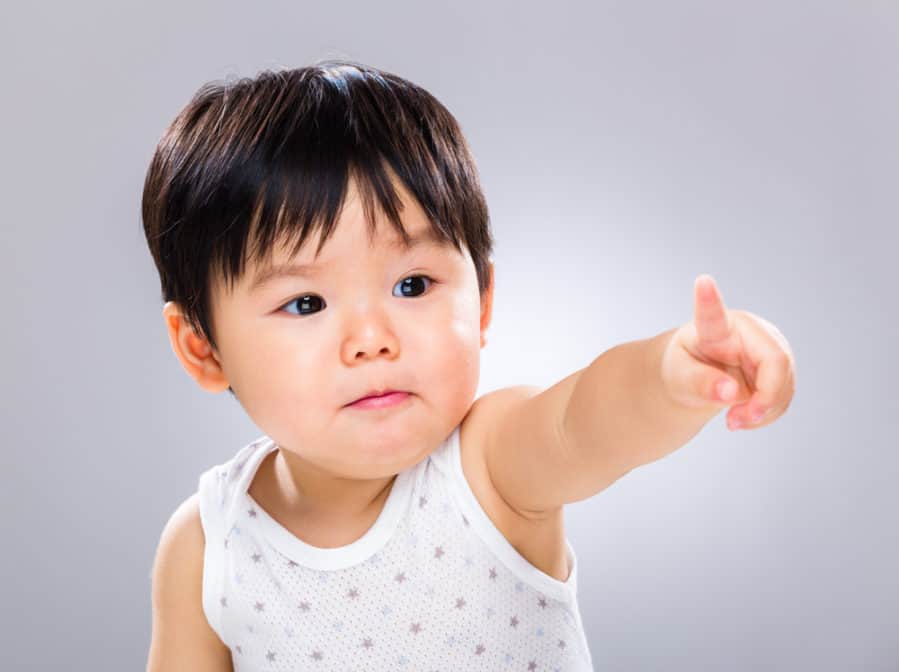 Speech Delays in the Age of Coronavirus

I’ve read and enjoyed your blog and Advice Smackdown for years. Your pregnancy calendar made me laugh as I waited to meet my baby, who is now almost two years old and just the most wonderful, complex and beautiful little person. Thank you for that, and for offering advice and a listening ear to other parents out here in the Internet wilds!

I feel a bit stupid writing about this in the middle of a pandemic, but lockdown has given me a LOT of time to think and worry, so: my child is EXTREMELY expressive, with a wide range of sounds, songs, vowels, and consonants that he uses in abundance.

But he does not have a single word. Not one. My mother swears he uses “mama” for me, but I don’t think I can count that because what he actually does is go “mamamamama” to me, his dad, the dog, airplanes, cars, and anything else that catches his fancy when he’s in the mood to use that sound.

He doesn’t seem to have any hearing challenges: we are raising him to be bilingual (his father speaks to him almost exclusively in Dutch) and he listens to and understands even fairly complex sentences (for example: “sweetie can you bring me your cup? Would you like milk or water?” and he will bring his cup and point to the milk jug or the faucet, depending), he LOVES to be read to (and we read to him every day, a story before nap, and three stories before bed), and he love, love LOVES singing and will pick up tunes after hearing them only once or twice.

But so far, no words. He only ever picked up two signs (“more” and “all done”, which in fairness were the two signs I used with him the most) and he uses them, along with lots of gestures and grunts, squeals, other sounds, to communicate his wants and needs.

I’ve started playing “dumb” at some peoples’ suggestion, to try and encourage him to articulate what he wants, rather than interpreting his sounds, but all that seems to do is frustrate him, and I don’t see how he is learning anything by that exercise other than “mama knows what I want but is pretending not to and that’s UNFAIR.” But maybe I’m wrong???

I’m trying hard not to freak out about it, but we just moved from the state where he was born (and his pediatrician was located!) to somewhere completely new, and the pandemic has thrown a wrench in my efforts to get him set up with a new doctor. Everything I read says he should have at least a handful of words by now, and any time I try to search speech therapy or language development for toddlers, I get overwhelmed by everything Google spits at me.

Do I need to start calling the state for services? Will anyone even take a new child right now when we’re all on lockdown? Have I been doing something wrong by interpreting his sounds and gestures all this time? Is this normal for a toddler learning more than one language? The last thing I want is to undermine his expressiveness, but I’m terrified that I’m missing something that’s going to hurt his ability to communicate later. Help!

If you got through all that rambling, I appreciate any insight you or your readers have to offer.

Thank you and stay safe,
Mama of a Wordless Chatterbox

Oh, my heart. This is so hard! And you are not alone, locked down with nothing but hours and hours to fill with worrying and obsessing and then oh, let’s circle back to worrying some more.

When I think of the list of small things I’d been sort-of casually procrastinating talking to my kids’ pediatrician about, but then decided I really wanted to find a new pediatrician anyway, so maybe I should do that first, but also LOOK A SQUIRREL…well. Yeah. It’s difficult to divide that list into “things worth forcing our way through the absolutely bonkers new appointment procedures at our overwhelmed pediatrician’s office that’s all but begging parents to not bother them with anything that isn’t life or death at this point” and “things I have allowed to grow into a self-watering Anxiety Monster and need to simply let be for now.”

Oh, the nostalgia for when things were simple and straightforward, back in Ye Olden Times of last freaking month.

There’s always a lot of pushback to the idea — some straight-up call it a myth — that bilingual children are often slower to gain expressive language (which I’m sure Google has SO HELPFULLY told you already). And yet anecdotally…there do seem to be an awful lot of parents who report that yeah, their bilingual child was a little behind their peers for a while until they suddenly weren’t! Every kid works through the undifferentiated stage (where they interpret both languages as a single, interchangeable system) and reaches the differentiated stage (where they recognize and use the languages as two separate systems) at their own little unique pace. Some toddlers’ first words will come from just one language; others use both from the start. Some kind of mash/mangle the two into a hybrid vocabulary for a little while; and others don’t speak a word and then explode into full and perfectly differentiated sentences.

Should my almost two-year old be evaluated?

You say your son is almost two, so I’m not sure where he is specifically, age-wise — 18 months? 20? 23? If he’s still closer to 18 months than 24, using the “mamamama” sounds for everything isn’t great, but if he met all his non-verbal expressive milestones more or less on time, I’d say you’re still safe in the “let’s wait and see, a language explosion could honestly be right around the corner” zone. He’s VERY expressive in his own way, obviously, so if this is solely about word count — and you never noticed any delays in his early babbling, sound formation/mimicry, use of hand gestures/pointing, etc. — I’d say step away from the Google for a bit. Go ahead and order some activity books aimed at toddler verbal development from Amazon. None of the books I remember being helpful are available anymore (I’M SO OLDDDDDD), so while I can’t make specific personal recommendations, there are quite a few that seem to fit the “can’t hurt, might help, will definitely help you fill the vast expanses of lockdown time” bill. (N.B.: please read along to the next paragraph though because you should still get on a waitlist for an Early Intervention evaluation given the current shutdown)

But if by “almost two” you really mean 23 months and his second birthday is right around the corner, and you’re really and truly not hearing any purposeful words (or even partial or blended words) in either English or Dutch, then yes. My advice is to seek out an evaluation by a speech pathologist.

How do Early Intervention evaluations work during COVID shutdowns?

I don’t know what that entails or looks like right now. I am sorry. I just went to my own state and county’s early intervention websites and there’s absolutely no information on if or how existing services and initial intakes are being impacted by COVID-19 at all. Before age three, early intervention services are generally provided by your state’s Infants & Toddlers program, which is a separate entity from your school district. But whether they’re considered essential or closed down along with the schools — I just don’t know.

It might vary by state and by county. Look yours up, give them a call and see what your options are. Note that early intervention services almost ALWAYS operate on a waitlist basis anyway — so even if they aren’t doing in-person home visits RIGHT NOW that shouldn’t mean they won’t be able to email you the initial paperwork and get the intake and identification ball rolling. (I’m pretty sure that legally, they have to be doing at least that, if not more. Readers, anyone currently in the Early Intervention (EI) trenches that can report on the state of things right now?)

And now that I’ve typed that, I actually want to amend my previous advice above about “waiting and seeing,” if he’s still a few months away from two. Go ahead and get him on your county’s waitlist anyway! Then you’ll at least have something lined up further down the road, and won’t be relegated to the absolute back of the line. You can always cancel it! Happens all the time. But knowing you’re doing “something” might help with the anxiety and uncertainty of Right Now.

Consider a private evaluation and services

You could also try finding a private speech pathologist through your insurance — there might be some still seeing clients, or willing to observe your son via a video call or review videos you send over email. The non-profit center where my son received a variety of therapies and services (that was out-of-network for our insurance, but we at least had partial coverage) is offering almost all their services virtually right now. I’m sure they’re not the only ones. It might just take a few extra phone calls and legwork than “normal” right now.

We spent most of January and February in IEP meetings, working to ensure two out of three of our kids would receive alllllllll the special education services and support they need, only to have everything shut down and yanked out from under us. I have no idea what kind of impact this is going to have on them, academically, emotionally, in either the short- or long-term. No parent does. We’re all in the same boat, yet somehow all feeling very far apart and adrift. BUT! A speech delay at two that maybe doesn’t get fully addressed until two and a half is still a speech delay that got addressed, and identified well within the bounds of an optimal early intervention window.