Twitter Facebook Pin It Email Article
Prev A Daycare Food Dilemma Next Teen Dating: It Doesn’t Have To Be Scary 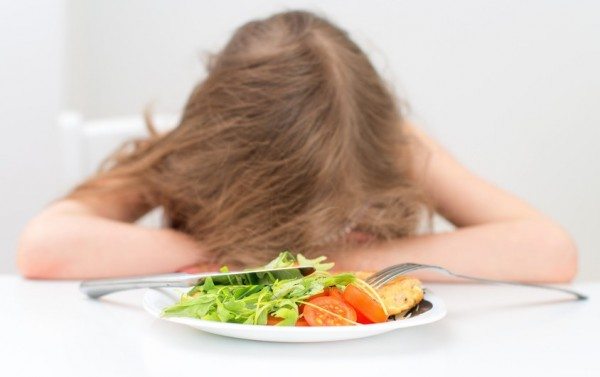 Hi Amy! Long time reader of both this column and your blog. I’ll just dive right into my issue:

T just turned four (we also have a ten month old), and for the last two years we’ve struggled with the food thing. We’ve been doing this Satter thing, albeit imperfectly (our work schedules make regular family dinners challenging), and we have seen minor improvement.

We’ve also been struggling mightily with potty training (he’s still fully in diapers). We finally figured out that the real culprit here is idiopathic constipation and encopresis. We got an abdominal x-ray and little buddy has a fecal impaction and is backed up six ways to Sunday. We suspect he’s been constipated for ages, at least a year, but possibly since he fully weaned at 21 months. Poor little dude.

Besides the obvious issues this causes, it can also cause stomachaches and alter appetite. I’m thinking our meal problems may not really be power struggles at all, but that he’s just too full of poop to fit any food inside. Of course he doesn’t want to eat when he feels awful all the time!

Anyway, now we know what’s going on and we have a treatment plan. However, this involves buttloads (ha!) of laxatives and trying to get lots of mineral oil into him with his food. Which he doesn’t eat. Because of course. So I’ve been going rogue lately, letting him eat whenever he will because I’m trying to get his meds into him, and also because I know his appetite is all out of whack from his constipation. But now I’m worried I’m ruining his food habits again before we even got them fixed, and help me please!

Yeah, I think the specifics of your situation require some input from a medical professional. I would HOPE that in light of your son’s diagnosis, his doctors gave you some guidance on diet and how it might fit into a long-term treatment plan. If they did NOT (or if it was completely unrealistic/unhelpful), find a dietitian. Preferably one who specializes in young children with medical issues.

Ask your pediatrician for help finding a dietitian

A lot of children’s hospitals have programs for kids who need therapeutic diets or have other eating/feeding challenges. Your son might qualify for one given 1) how long his issues have been lurking. and 2)  your ongoing difficulties in getting him to eat pretty much anything, much less the kinds of high-fiber foods he’ll need to prevent the issues from returning/continuing.

(I repeat: a DIETITIAN. Not a nutritionist. Here’s a rundown of the differences between the two.)

I SUSPECT, though, that while a dietitian will be helpful, they will echo some of what I’m about to say: Just do your best. Do what you can. Getting his meds into him is Priority One right now. Calories (in whatever form he’ll take ’em) is probably Priority Two. At some point, once the current impaction is worked out, you’ll want to focus on a therapeutic diet high in the right kind of fiber and enough nutritional variety to prevent another one. (And if you need to get the fiber and nutrition in him via sneaky methods, like smoothies and hidden veggies/supplements in kid-acceptable dishes, SO BE IT.)

But the ability to have him sit at the dinner table and eat whatever you put in front of him without question? Yeah. That can probably stay low on the list for awhile.

Your little guy still isn’t feeling 100%. He probably doesn’t even remember what it’s LIKE to feel 100%. For a long time, he’s likely equated food and eating and meals with feeling sick and bloated and yucky. That’s going to take some time to undo. Remember that the #1 step/goal of Ellyn Satter’s method is to MAKE MEALTIMES PLEASANT. Your son’s poor little body has made this all but impossible for a very long time.

So I would step back and focus on making food in general to be something pleasant for him. I’d  personally probably pause the Full Satter goal until he’s feeling better, but again, a dietitian will probably give you more informed guidance.

At some point in his life, he’ll be mature enough to grasp that while he would love to eat nothing but overly ripe bananas and white rice, these foods don’t agree with him and make him feel yucky. Little kids seem to lack this cause-and-effect understanding, unfortunately. So I’d eye his current “acceptable” foods for opportunities to sneak in extra fiber and vitamins, Sneaky Chef style. (If you haven’t bought any of the Sneaky Chef cookbooks, do it. We eat most of our meals as a family but when I do make “kid dinners” I absolutely employ her techniques to boost the nutritional content of kid-friendly fare.)

But at the end of the day, if you’ve managed to get his medicine and a somewhat decent amount of calories into him (and managed to do both without a power struggle), consider it a success. Even if the calories were mostly nugget-based and the medicine went down with a spoonful of sugar. (Solid advice from OG Mary P.)