Twitter Facebook Pin It Email Article
Prev How Do You Know You Are Ready For a Baby? Next Bad Baby Haircuts 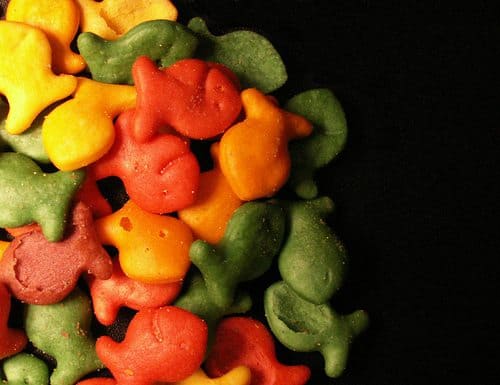 I don’t know if this is a topic you’d want to cover at the Advice Smackdown or not, but here goes. I have a four-year-old son who was diagnosed with Sensory Integration Disorder last year, and since then we’ve plunged head-on into the world of evaluations and occupational therapy and all those strange activities (brushing his body with a hairbrush, cranial massage, buckets of packing peanuts, you name it). Basically, a lot of stuff I know you’ve gone though and probably tried with Noah.

I’m wondering if you’ve tried any dietary changes? I’ve been reading more and more about sensory kids and food and allergies and elimination diets and ugh…I don’t even know where to start. I don’t want to go overboard and take away his favorite foods (he’s CRAZY PICKY to boot, of course), but I also don’t want to miss something small that could potentially make a big difference. Have you had any experiences with food and Noah that you’d be willing to share?

Well, hell. What timing. I just — and I mean JUST, like 10 minutes ago — finished reading a book about this very thing, at least tangentially. After reading Isabel’s review of The Unhealthy Truth, I thought “hmm, I really need to read that book.” Turns out Isabel thought the same thing, and her copy showed up in my mailbox the next day.

As these things go, I like to think that our household is a healthy one. We shun anything with rBGH (the cow growth hormone), high-fructose corn syrup (although I will cop to the occasional can of Coke), and partially-hydrogenated oils. We buy everything we can — fruits, vegetables, meat, milk, yogurt, eggs — from local organic farmers. We read ingredient lists, not buzzword-filled labels (“sugar free!” = fake sweeteners, “0 grams trans fats!” = messed-with serving sizes to get the partially-hydrogenated oils down below a full gram, etc.) I’ve made a huge effort to wean myself and my kids off of processed convenience foods and snacks.

And yet The Unhealthy Truth still scared the crap out of me, because there’s still so much crap OUT THERE, in our foods, in stuff that parents THINK is good for their kids. (Hey! Did your doctor recommend switching to soy formula because your baby was a tad spit-uppy? Did you know soy formula is made from genetically modified soy, is loaded with estrogen, can increase the risk of breast cancer, is a likely culprit in the rise in peanut allergies, and British parents and pediatricians are warned that soy formula should be offered only as an absolute last resort? But here in America it accounts for 20% to 25% of the formula market? Isn’t that FREAKING AWESOME?) U.S.-based companies have responded to research in OTHER COUNTRIES and removed artificial ingredients from their products…in OTHER COUNTRIES, while our soda and Goldfish crackers remain chock full of crap.

The author of the book (Robyn O’Brien) is the founder of AllergyKids, so much of the book is devoted to allergies and hidden allergies and asthma and trying to sort out the reason why kids today have more allergies — and more SERIOUS allergies. (Damned corporations and genetically modified, generally fake and mucked-around-with food, meaning our kids are just not eating the same foods we did.) But she also talks about the important distinction between food allergies and food sensitivities.

We’re lucky. We have no inflammatory food allergies in our house — at least not yet, anyway, gaaah. But I know we have food sensitivities, or at least Noah does. And I’m not talking about a sugar rush and crash after too much Halloween candy. I see dramatic differences in his behavior that are totally tied to differences in his diet.

1. Daily dose of fish oil
2. Probiotic powder
3. Daily smoothies filled with “real” stuff: an organic milk/yogurt smoothie in the morning full of fresh or organic frozen fruit; a water and vegetable version in the afternoon using green and orange veggies, masked with a little juice (we use Trader Joe’s Green Plant Juice) and frozen fruit.

Essentially, we’re doing the Feingold diet, though I feel like every day it occurs to me that there’s STILL stuff I’m mindlessly giving Noah that goes against our efforts — and it shows. His behavior at school went off the rails after I picked up some Flintstones vitamins at Target because I didn’t feel like making a special trip to Whole Foods for their version. Doses of grape-flavored cold medicine might help with the runny nose but send him into a hyperactive frenzy. His freaking TOOTHPASTE, people. Why in the world am I giving him blue sparkly TOOTHPASTE?

The diet is not a “cure,” at least not for us, but I see noticeable differences in his behavior. He’s more focused, more likely to look us in the eye when we talk to him, less prone to the histrionic fits over a slight deviation in routine. His school lunches, unfortunately, leave much to be desired — luckily since he’s so picky he doesn’t actually eat much, so the fallout from a single crappy preservative-laden hot dog bun is fairly minimal.

And I don’t restrict him constantly, everywhere, all the time. Hell, we used M&Ms for potty training. I let him eat candy on holidays, I don’t police other people’s pantries on playdates. Sure, I’d REALLY prefer it if he DIDN’T eat those radioactively orange Halloween Oreos, I WISH his school would realize that forbidding homemade snacks is not really solving the peanut problem (The Unhealthy Truth covers the half-assed labeling issue and non-disclosed allergens) and is actually triggering a lot of more subtle allergies and sensitivities in other children, but I do my best without driving us all insane over it. (I will say, Robyn O’Brien offers a really practical shopping guide in the back of the book and a good way to ease your family into better eating habits — what to eliminate first, what to not freak out about, etc. So if you’re looking into Feingold and are getting that deer-in-the-headlights overwhelming sense of HOLY CRAP, IT’S ALL TERRIBLE, you might actually want to start with Unhealthy Truth’s plan. )

Noah’s behavior aside, I kind of think this is just a Good Way To Eat for everybody. The consequences of too much Diet Coke are certainly not going to be the same for a non-sensory-sensitive person, but I can report that Jason and I are better for eating this way. Eliminating HFCS and hyrogenated oils resulted in almost effortless weight loss for us both, clearer skin and a LOT less anxiety/mood problems for me. I still looooove my soda, will fully admit to a full-calorie Coke addiction, but recognize that I will have sleep and anxiety issues if I overdo it. (No similar problems with coffee, so it’s actually NOT the caffeine, like I used to think.) It’s a shame it took having a “special” child to figure this stuff out, and that it took us as long as it did to make changes. But hey, we’re doing it now, so I’ll just shove the Mommy Guilt in the back of the cabinet, behind the organic white cheddar mac & cheese.