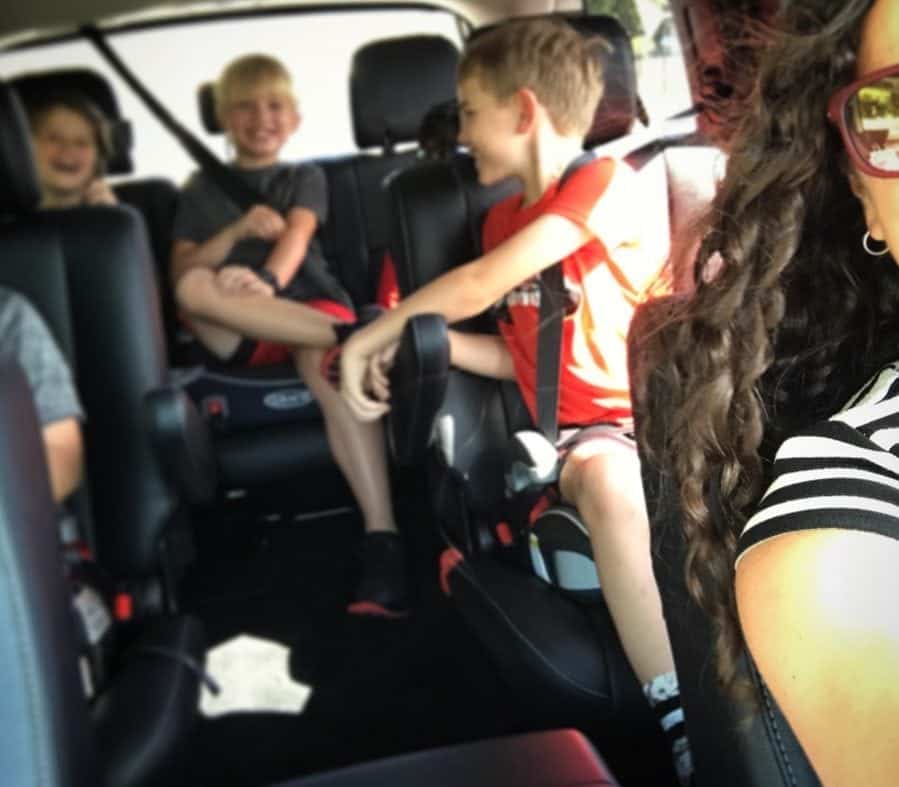 The phrase “monkey see, monkey do” is often attributed to small children, referring to the ways they mimic their parents’ behaviors. If you yell at your child, he will probably yell back at you at some point. If you eat potato chips and cookies for dinner, the kids will too. If you sit on the couch and binge-watch TV, the children will do the same.

On the other hand, you don’t need for anyone to spell it out for you that setting a positive example goes a long way toward shaping behavior in our offspring as well. Positive attitudes beget positivity in the children. Smart spending habits reinforce common-sense behaviors toward money later on. And considerate, aware, present driving is a way of life you want your teenagers to adopt.

The alternative is frightening: nearly half of all teenage deaths are from accidents, according to the Centers for Disease Control (CDC) in Atlanta. And three-quarters of that figure are due to car accidents.

Most parents think they’re doing just fine as on-the-road role models, thankyouverymuch. But let’s be real for a minute: most of us have broken some of these rules at some point. Sometimes, we think we’re exempt from following them to the letter of the law, because we have so many years of driving experience under our (seat)belts. I mean, I’m 47 now, which means I have been driving possibly longer than some of you reading this have been alive.

Liberty Mutual Insurance recently announced the results of a survey they conducted with 2,000 high school students and 1,000 parents on teen driving and behaviors. In many cases, you might not be surprised that parents are telling their kids to behave in one way but acting another. For example, while parents are asking their teens not to text and drive, parents are still texting them and expecting a response.

And, here are some other driving habits (ranging from the terrible to the less-than-desirable) that you should conquer before your kids are old enough to notice.

1. Drinking and driving (or driving under the influence of any kind of substance).
This clearly a habit you don’t want your kids to mimic; that’s one that has had a great deal of coverage in the past 30 years or so. Driving while intoxicated results in the death of thousands of teenagers every year; be cognizant of how many drinks you’re putting down when your kids are in (and out of, too) the car.

2. Driving while eating.
This is otherwise known as DWE. Here’s the deal: both of your hands should be on the wheel. Can I patent that rhyme and turn it into a rap song with a beat box in the background? Seriously, y’all, both hands are needed for optimal safety. If you have a café latte in one hand and a bagel in the other and you’re driving with your knees, there is no chance you’ll be able to steer your way out of a sticky situation. Hands on the wheel, s’il vous plait. At 9 and 3, incidentally, because 10 and 2 is outdated now that we have airbags that deploy at 200 mph and we don’t want our hands smashing back into our faces in a crash.

3. Texting and driving.
Do we really have to mention this one again? Sigh. It seems obvious. But then again, so does understanding that drinking and driving isn’t smart. Additionally, the survey found that 46 percent of teens and 41 percent of parents who use their phones while driving consider red lights and stop signs to be acceptable places to whip out their phones. The worst part is that 37 percent of teens and 34 percent of parents even considering it safe. Am I going to tell you that I don’t take out my phone at red lights and quickly respond or fire off a message? I wish I could. I’m trying to do better. Maybe this will be a good reminder for me and for you: In the press release about the survey, lead driving safety expert and technical consultant for Liberty Mutual Mike Sample says, “Whether it’s multi-tasking or texting, a seemingly ‘quick’ glance away from the road – even when at a stop – can result in a dangerous situation.” Put your phone away. Nothing is more important than your attention to the road.

4. The rolling STOP.
You know the drill… roll up to the stop sign and quickly look left and right. Nobody there, so I’m just going to blow this pesky sign, tapping the brakes as a courtesy. The problem that this is a recipe for a t-bone, and I’m not talking about the steak. Another concern is that if a pedestrian steps off the curb, the driver can’t stop in time to avoid a collision. All the fanciest bells and whistles to alert you to a pedestrian won’t do you much good if you’re right up on them by, in essence, skipping the stop sign. (See also “Treating the yellow light as a GO GO GO indicator instead of slowing down.”)

5. Road rage.
Strong emotions of any kind aren’t the smartest idea while driving. Tears blur your vision, laughing causes you to close your eyes and move your head, and anger results in aggressive driving. If you’re running up on another driver who offended you and then tailgate them with your kids in the car, not only are you putting their lives in danger, you’re showing them exactly what to do to get killed. In some cases, one or both vehicles can lose control. If the other driver has a firearm and you’re causing them to feel threatened, things can turn ugly very quickly. Remember the old saying about turning the other cheek? If another driver cuts you off or is tailing you too closely, stay calm and get out of the way. Through words and actions, you can teach your kids to be the safer party.

By the time your kids are driving, it’s too late to pretend you’re the perfect driver. Start with safe habits now and talk to your kids about the privilege and responsibility of driving so they take it seriously too.

Want more driving instruction for your teens? Enroll in Ford’s online resource The Academy to test your knowledge.

MORE OF OUR ARTICLES ON TEEN DRIVING: