Twitter Facebook Pin It Email Article
Prev Inspire Your Daughter’s Inner Engineer Next Great Graduation Speeches: Because We All Need A Little Inspiration 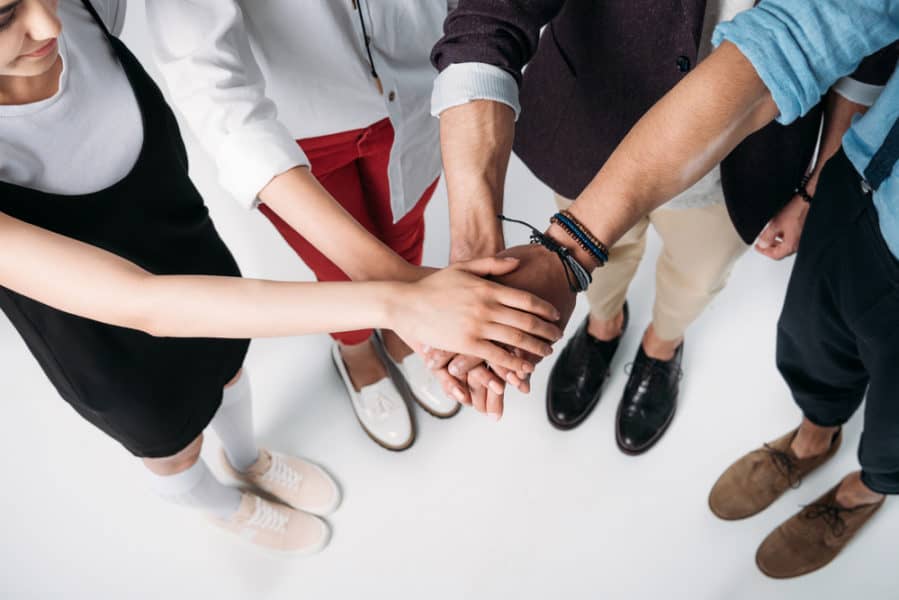 A Commonsense, Non-Scary Guide to Your First IEP Meeting

I had written you loooooong ago about my oldest’s horrible sleep issues. She’s almost 5 and still sleeps horribly. It just might be her normal.

But now I’ve got a question about my youngest – almost 3. She’s about to age out of early intervention (EI) where she was receiving speech, language, and occupational therapy (OT).

We have no diagnoses for her yet other than possible ‘issues it could be’ but nothing firm. What we know is she’s severely speech- and language- delayed (which EI has helped with) and has an immature nervous system.

Her eligibility and IEP (Individualized Education Program) determination meeting is coming up soon. I’m super nervous they’re going to tell me she’s caught up enough she won’t get services through the school system. Which will lead to a backslide in her speech and language skills.

How do I be ‘that mom’ while not destroying relationships we’ll have in this system for years to come? What do I need to focus on for IEP goals?

Any advice or things you wish you had known way back when?

There’s certainly no shortage of (genuinely terrifying and terrible) IEP meeting horror stories out there. If you’re new to navigating the special education system, these stories can make you imagine the average IEP meeting as a vicious wild animal cage match, with each opposing side snarling and clawing at each other over every precious resource service hour like it’s the last scrap of antelope carcass, while your child’s case manager looks around for the nearest crack to push your child into, cackling while they slip through on their way to a lifetime of academic failure. GOODBYE MUFASA. I’M THE KING NOW.

Except that it’s not really like that, at all.

You, the parent, are part of the IEP Team. The other people on the IEP Team are there for the same reason you are: To help your child succeed. They are not the Bad Guys. They are not the Corrupt Public Education System Personified. It is not You vs. Them. You are all on the same side, which is Team OP’s Awesome Kid.

And you, as part of Team OP’s Awesome Kid, are legally entitled to have your thoughts, opinions, observations, and concerns heard, and for those thoughts, opinions, observations, and concerns to hold equal weight as anything coming from the experts on the other side of the table. Because while they know speech and OT, only YOU know your child. Your role on Team OP’s Awesome Kid is to be the subject matter expert on said Awesome Kid, and you get to participate and advocate as such. Your role is NOT a passive one, where you simply have to shut up and take whatever antelope scraps they give you.

(You’ll likely get a big fat booklet of some kind ahead of your meeting, detailing your state’s parental and student rights, responsibilities, and safeguards. Read it. You’ll likely get handed a second copy at the meeting itself. I like to turn this second copy down and then pull out my own, which I’ve annotated and marked pages off with Post-It notes and sticky flags. Just as a bit of Don’t Try Me, I Know My Shit insurance.)

So as the subject matter expert on OP’s Awesome Kid, you get to say things like: “Awesome Kid has made really great progress in speech and OT, but she is still isn’t where we’d like her to be, so I believe a continuation of services is in her best interest.” And if their evaluations seem to focus more on her progress vs. her delays, you can speak up with: “I believe that not continuing these supports will absolutely lead to a backslide in her speech and language skills, so how can we ensure that doesn’t happen?”

You can ask for additional evaluations; you can push back on their findings by saying:  “Hmmm, yes, she is more likely to string a three-word sentence together when one-on-one in a quiet room, but we’ve seen that her language skills completely shut down in groups of peers or noisy environments, like a mainstream preschool classroom. Can she be observed specifically in that environment?”

Also: You don’t need a diagnosis at three years old, so don’t stress that you don’t have one yet. She can qualify on a simple, catch-all code of “Developmental Delay.” It covers speech, language, behavior, sensory stuff, fine and gross motor skills, etc. That code is basically Slip-Through-The-Cracks Prevention Insurance for early childhood education, and lots of “issues it could be” fall under this umbrella.

But remember: No one chooses special education as a career path because of the money or glamour of it all, or because they get a Nurse Ratched-level of satisfaction by screwing over speech-delayed toddlers. The people on the other side of the table might be dealing with strained budgets and bureaucracy and of course, have the occasional bad day and make the occasional mistake, but they’re — BY FAR — genuinely good, decent people who believe in the power of Early Intervention and want to make a difference in the lives of children like yours. Remembering this from time to time is a good thing. It makes the whole thing a lot less intimidating and nerve-wracking.

And while you want to be a strong, vocal advocate for your child, please don’t fall into the trap of thinking that just being kind and pleasant and friendly means you’re “being a doormat” or something. Because I have met parents who 100% approach every IEP meeting with a primed-for-WWIII-type attitude and complete distrust and/or contempt for the process and seen it backfire spectacularly. I appreciate that this approach can be sadly necessary if you know you’ve had the door slammed in your face or if you’re working with a team with a proven track record of going against your child’s best interest, but…when you’re meeting with your school’s kindergarten team for the very first time? Or when a suggestion that you might not love is made but is still open for discussion? Maybe dial it back a little with the THIS IS AN INJUSTICE I WANT TO SPEAK TO YOUR MANAGER approach! Be an advocate, not an asshole!

(My own cautionary tale on this was a mother who disliked and distrusted a particular special education teacher and tended to whip all the other class mothers into a group text frenzy over ANYTHING and EVERYTHING. She ascribed the worst possible motives to both this teacher [who, I’ll be honest, wasn’t my favorite either! but it was more of a mild personality mismatch that just happens from time to time!] and the school administration… and man…she was just A Lot. When she found out her child would get this teacher again the next year [which wasn’t a surprise at all — at the time the special ed classrooms contained two grades] she flipped out, made a bunch of placement demands the school simply couldn’t promise to fulfill, and then MOVED to a different school district in a different state because they wouldn’t fire this teacher. I saw her a year later at a birthday party, where she wearily admitted that the new district wouldn’t even qualify her child for services at all, she was paying a fortune for private speech and OT,  and her child was struggling behaviorally in the mainstream classroom. And then I had to tell her that there’d been a big enrollment jump at our school, so they’d hired a second special education teacher at the last minute and split up the grades after all.)

(And that new teacher was absolutely amazing! One of the best ever! She and I still text each other!!)

I don’t want to give the impression that our IEP experiences have been 100% universally awesome and amazing and required zero pushback on anything, ever. Or that I think that our experiences are somehow universal to every school district. (By far! I’m aware we’ve had the immense privilege of living in two of the best school districts in our state, which is also ranked pretty well on a national level. I absolutely encourage anyone with experience navigating IEP meetings in less-optimal district/program conditions to add your own advice in the comments!!) But all the advice above goes a long, long way in making the whole process gentler and less terrifying for YOU, the parent, if 1) you see your role at the meeting as equal and your input as valuable as anyone else at the table, 2) you view the IEP Team as YOUR team, made up of fellow child-caring humans rather an a Faceless Pod of Red Stamp Bureaucracy, and 3) approach the entire process in the spirit of collaboration vs. BURN IT ALL DOWN.

And remember: What’s decided at three years old is NOT a Final Determination for your daughter that can never be revisited, reopened or challenged. If they do 100% deny her services, you can challenge that decision (again, refer to your parents’ rights guidebook), hire an advocate, or just call the special education/ChildFind office at some point in the future to request a new I TOLD YOU SO!!!! evaluation/case file if/when you do see evidence of the backslide/unsuitability of mainstream preschool you tried to warn them about.

I let EI convince me that my son would “never” qualify for school district services and talked me into signing his “graduation” papers before the eligibility meeting. I don’t know why they felt this way, though I ascribe it more to misplaced optimism than anything truly nefarious. But not pushing for that meeting was by far the biggest mistake I ever made on our special education journey. But it was fully and fairly easily corrected in less than a year (which felt like a torturous eternity at the time, of course) when I contacted the district directly and was like HELP IT’S ALL TERRIBLE.

And thus, we were handed over to our first IEP Team, who were shocked and appalled at EI’s terrible advice. They immediately gave my son every service and support he needed, because…well, he needed it. And that was their job.

I hope your daughter gets everything she needs from Team OP’S Awesome Kid. Best of best of luck to you all!

More on IEPs and Early Intervention from Alpha Mom: