Twitter Facebook Pin It Email Article
Prev Feeling Blue in a Red State: Teens, Politics, and the Party Line Next The Summer of Friendship Withdrawal 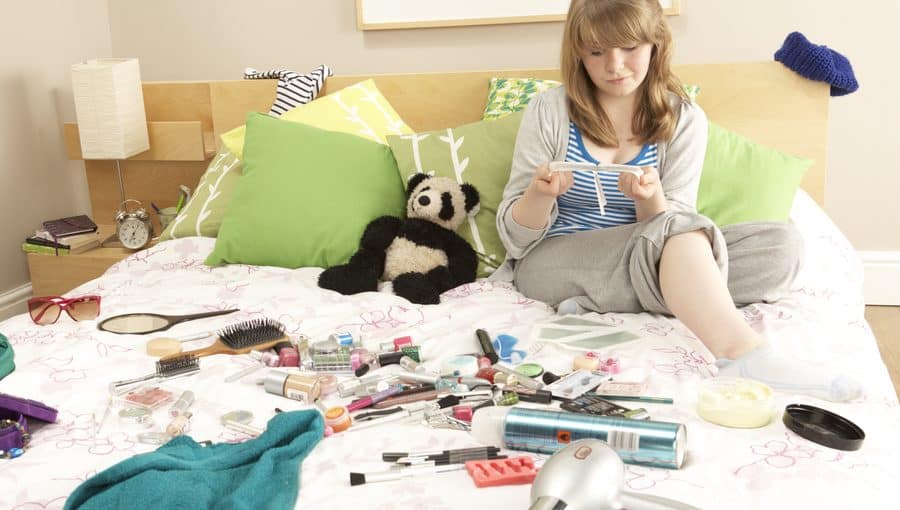 When “I’m an Adult!” is Still a Kid in Your House

I’ve been seeing the same question—framed different ways, of course—coming up with my friends and across social media more and more, lately: “What are your financial and participatory requirements for older teens as they head into summer/college/working if they’re still living at home?” I understand that no one reasonable thinks there’s one “right” answer to this question, but still. A lot of parents seem to be struggling with expectations, in part because we want to do right by our kids (don’t be too hard on them! but not too soft, either, lest they’re unable to function in the Real World™!), and in part because our spoiled rotten offspring are only too quick to inform us that we’re being both ridiculous and mean.

How much freedom? What do we provide?

I struggle with this, too. I’m not going to lie; after years of regulating electronics and their usage here at home (down to bedtime device turn-in and disabling the wifi overnight), the day we told my oldest “Okay, it’s up to you to self-regulate” and took the parental controls off her computer and let her keep her phone with her 24/7 was a very hard one for me. I knew it was the right decision—better for her to start figuring it out now, at home, before leaving for college—but it was still terrifying. And yes, there have been nights when she’s stayed up all night. Oh well! She lived. Us, too.

Somewhat less difficult: Agreeing to let her purchase my old car for fifty cents on the dollar, plus agreeing to cover her insurance as long as she’s in school. She spent her senior year chauffeuring herself and her brother around, and it was well worth it to us in the time recouped. When she goes to college, she’ll be able to come home on her own. Now, we didn’t just hand her a car, and she is responsible for filling it with gas, but it’s a compromise that works for us. When she had her little fender bender? She paid the $500 insurance deductible, which I suspect hurt a lot more than the accident itself.

College is a whole new ball of wax

But when it came to the Big Stuff, namely how are we paying for college? and what’s your responsibility in that? and what are the expectations while you’re at home during this time?, well, like everyone else, I suspect, we found it wasn’t entirely smooth sailing.

The good news: Between our state’s tuition coverage for high-achieving students, other scholarships, and money set aside in college accounts, both my kids will experience the good fortune of not only being able to afford a college education, but they will graduate debt-free. We have done our best to communicate what a gift this is and how it comes with the expectation that college is a job and we expect them to treat it as such.

The less-good news: I found myself gobsmacked by the reaction my oldest had when I mentioned in passing that she would no longer be receiving allowance, now that she’s 18 and a high school graduate. “But I’m still at home!” she sputtered, indignant. I couldn’t stop laughing. I managed to explain that allowance is financial training wheels (for years we’ve managed allowance in a shared Google spreadsheet, with a formula calculating weekly payment by age, plus an automatic division of money received into Have, Save, and Donate accounts), and now in lieu of allowance we are going to pay for four years of college and maybe, just maybe, that would be preferable to $9/week…? She was really upset about it, for a while. (I was… confused.)

Get a job, kid

Similarly, we spent the latter half of her senior year encouraging her to find a part-time job as soon as possible because summer jobs are hard to come by and we very much wanted her to work as much as possible this summer so that she’d have some spending money at school and wouldn’t need to work during the year. (I know a lot of kids work during school and do just fine. My awesome little ADHD snowflake needs to clear the way to just focus on school, at least this first year.) There was one excuse after another about why it couldn’t happen yet (and truthfully, I understand that working during the school year even in high school probably seemed like a terrible idea to her), and then finally she started looking for a job, and it turned out that finding a job is hard and somewhat demoralizing and the process soon devolved into a battle of wills. The more I pushed, the more she refused, and soon she was shrugging and insisting that there were no jobs to be found, she’d just babysit when she could, oh well.

And so for the first time, we found ourselves playing the You’re An Adult Now card. It was… less fun than I’d imagined it might be. She would find employment, and she would work at least 30 hours/week, or she would pay rent. Again: indignation. That’s ridiculous because if I don’t have a job how on earth am I supposed to pay rent??? Hmmm, yes, that’s a conundrum. Good luck with that, kid, because, see, the thing is that as long as you are demonstrating reasonable progress towards functional adulthood, we are more than happy to let you live with us for free. But if you think you can spend the whole summer doing nothing before taking everyone else’s money to go to college, well, that’s not okay.

It turns out that we are the meanest.

A financial (if not outlook) truce

It also turns out that a job was procured and she’s babysitting and she’s housesitting and once she stopped arguing and started thinking about it, yes, she did want to earn money. Problem solved.

Buuuuut… chores are still an argument. (Not that this is new….) And if she wants/needs something (clothing/toiletries/snacks), the reflex is still to ask us to pay for it. I am trying to slowly wean her down to taking greater responsibility for these purchases. Like, I’ve found her some deals on gift cards to her favorite stores and suggested she go ahead and buy those at a discount so she can go shop for clothes when she wants to. And during dorm shopping I’ve purchased necessities but negotiated with her on extras, and pointed out which items she can purchase for herself, and also informed her that I will send her off with a stash of things like toothpaste and deodorant (one to use, one as a backup), and then she’s on her own to restock.

Yesterday I helped her apply for her first credit card. I’ve done such a good job of drilling “don’t buy what you can’t pay for” into her head that she really didn’t even want it, but we talked about it being good to have for emergencies, or places where she might not want to use her debit card, etc. I made her read the whole billing agreement, including the interest rate information, “even though you will never, ever carry a balance.” She’s waitressing, so nights she works, she comes home with a fistful of cash and hands it to me. I transfer money into her checking account, in return. I always ask if she wants to keep some cash out, and she always declines. “Put it all in the bank. I’m saving all I can.”

Are there dirty socks on her floor, does she whine when I ask her to unload the dishwasher, sometimes at dinner does she complain about what I made? Yes, to all. She’s still a kid, in a lot of ways. But I’m nudging her along the path to self-sufficiency as best I know how. She’s getting there, I think.

More on Teens and Money: