Twitter Facebook Pin It Email Article
Prev When Justice Isn’t Served, What Do You Tell Your Teens? Next When “I’m an Adult!” is Still a Kid in Your House 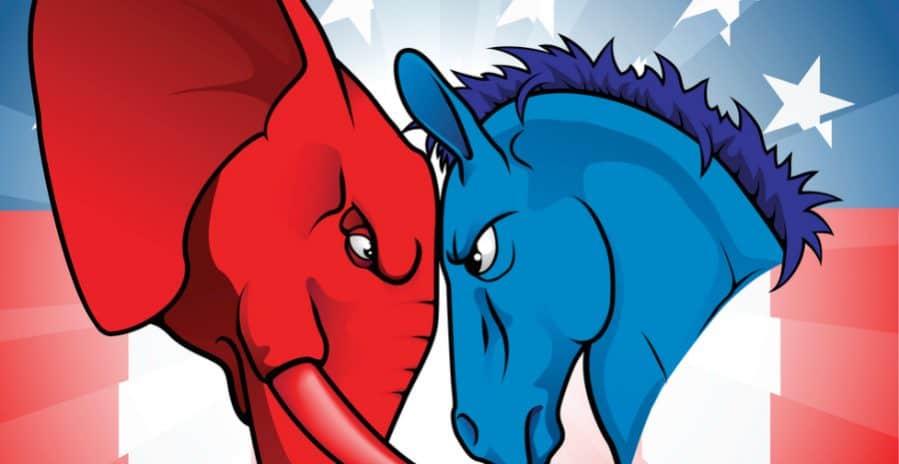 Feeling Blue in a Red State: Teens, Politics, and the Party Line

I live in a strong Republican state (Texas) so most people around us are pro-Trump, pro-guns, anti-abortion. And I have no problem with a well-thought-out reason contrary to my own stance if offered, and will politely disagree. But my teen doesn’t have the desire to learn his own stance—he’s just repeating what he hears. He has that common teen trait of not truly listening to the whole story so he walks away with the most inflammatory remarks, or partial conversations.

My husband is a Republican and I am a Democrat so we can discuss issues as a couple in front of our kids and they get both sides. I want my kids to be raised with open minds, to research their options, not to blindly jump on the bandwagon. In this incredibly inflammatory political season I feel as if the current climate should be an example of how to not run political campaigns. I feel as if society is becoming more divided and I worry this next generation of teenagers will continue this trend.

So: How do I get him to examine both sides? It’s not that I want him to agree with me (it would be nice though—ha!) but I want him to learn to think for himself and form his own opinion.

As a liberal in Georgia, let me just start off with fist-bump of solidarity, sister. I feel you.

But right on the heels of that, let me also say that I don’t necessarily think this is an issue limited to being a political minority in a given state or even having a teen whose professed politics are different from your own. If the current political situation in our country is teaching us anything, I hope it’s letting all members of humanity know loud and clear that we, as a country, need to work on two things: Tolerance, and critical thinking.

I tend to go very Socratic when we discuss politics at home. Even though both my teens share our political views, I still ask a lot of questions when we talk about issues. “What makes you think that?” “What exactly does that mean?” “What’s the alternative?” “Why do you think [politician] said that?” “What do you think appeals to people about that message?” “How do we find out if that’s true?” We constantly challenge them to defend their positions, and while we have a “no electronics at the dinner table” rule, it’s becoming not-unusual for us to break that rule (or finish dinner up, fast) so that someone can fetch a device and do some Googling. That’s the critical thinking part.

So on the one hand, we have it easy, because we’re not dealing with one or both kids asserting a viewpoint we find ridiculous (though I hope both my husband and I would find a way to probe and challenge and discuss it calmly, if we were). On the other hand, one of my teens in particular is prone to sweeping moral judgments and derision towards the opposition, and that’s not good, either. That’s where the tolerance piece comes in. And again, we start with questions: “Okay, I agree with you that that seems stupid, but if that’s truly what [politician] believes, why do you think they feel that way?” “What might make a person cling tightly to an ideal that potentially oppresses others?” “Do you think [politician] really believes that, or is this pandering to their base?” “Are we any better than the politicians we dislike if we use words like ‘hate’ and other insults?”

In practical terms, that means that if a teen declares, say, that they think a certain presidential candidate is stupid and deranged and should step in front of a bus (not saying this has or hasn’t happened…), my first response is to point out that hate and revenge are not family values and I am never okay with hearing harm wished upon another human. My second response is to point out that hate is a poor weapon to combat hate, and we have to find a way to love in response (and maybe that doesn’t mean loving that particular politician, per se, but maybe feeling compassion for whatever sort of life events bring people to a place where that particular set of viewpoints seems logical). My third response is to point out that politics are best influenced by momentum of your preferred candidate rather than opposition to the one(s) you don’t like. So if this is bothering you, kids, turn it into a positive—campaign for the candidate or cause that matters to you, rather than wasting time/energy on being enraged about the things which upset you.

So back to your particular situation, S—I don’t know what you’re doing in response to your son’s declarations at the moment, but here are a few concrete suggestions for moving forward:

I think the fact that you and your husband come from different sides of the aisle and can discuss issues in front of your kids is also fantastic—even if it seems like he’s not paying attention, you’re modeling debate skills and respectful listening, and that’s awesome. We obviously can’t control how our kids form opinions, but between modeling and encouraging thoughtfulness, hopefully we can steer the process a little. Good luck!