Twitter Facebook Pin It Email Article
Prev When “I’m an Adult!” is Still a Kid in Your House Next Raising Kids, Growing Veggies: It’s All (Kinda) the Same 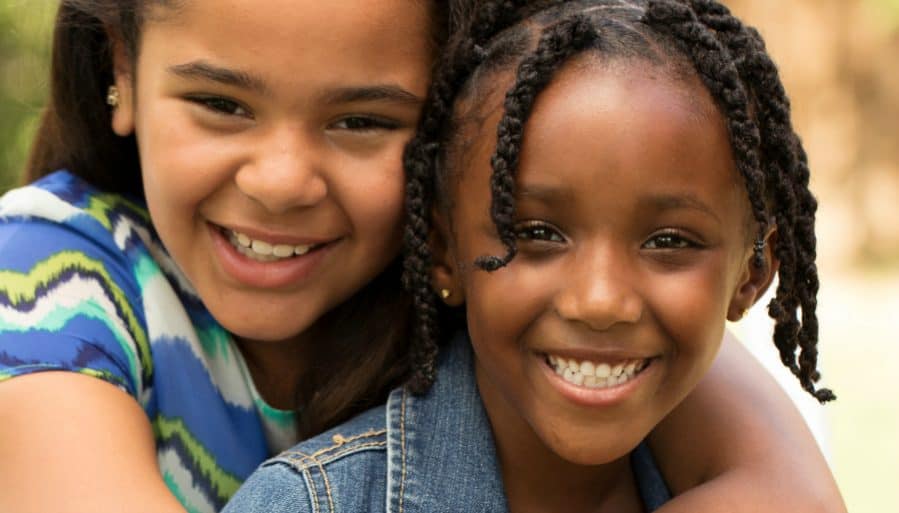 The Summer of Friendship Withdrawal

This past year my 3rd grader made her first best friend. She’s had close friends before but this was her first “I must talk to you all the time and after we hang up, I call you right back because there is one more really important thing I need to tell you.”

The kind of friend where you absolutely buy one of those heart necklaces that say BFF and each friend wears a half of the heart.

The person that makes you happy because there is someone on the planet who gets you more than anyone else.

And then the school year ended. And this friend left for 8 weeks of sleep-away camp.

And my daughter is in friendship withdrawal.

She turned to me one morning and said, “My heart feels broken.”

We live in a high tech world. Kids can FaceTime, text message, share Musical.ly videos, send Instagram photos and constantly feel connected to each other.

Until they suddenly aren’t.

One of the benefits (in my opinion) of sleep-away camps is that they are often a tech free zone. No cell phones. No exceptions. Which is a great way for kids to reconnect with people face to face and learn how to really play again. No phones needed.

But for my daughter, who is attending day camp right now, it feels like she has suddenly been cut off from her friend. This person who made her laugh and filled her day with happiness is gone.

This is my daughter’s bulletin board… 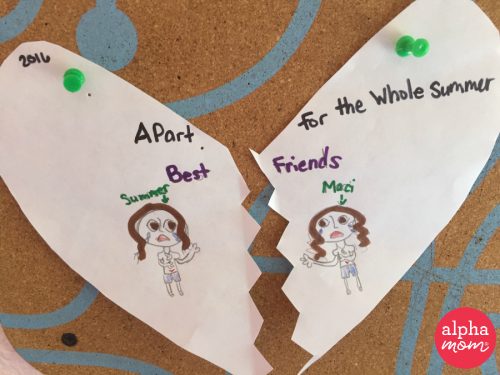 She sulked for days after her friend left for camp. Even a Starbucks decaf frappuccino got barely a smile. (And that always works! That’s why they cost so much.)

So I told her to sit down and write her friend a letter. She wrote the sweetest, most heartfelt note.  We put it an envelope and placed it in the mailbox.

It was way better than a frappuccino.

We also set up some playdates for my daughter so she could see some other friends.

And she’s going to her own sleep-away camp for three weeks (also tech free!) where I’m sure she’ll meet some great kids.

Will they be her best friend?

Will they fill her summer with some joy?

Best friends are special. They don’t come around all the time. And you miss them when they aren’t there. Terribly.

Which is why she’ll have a reason to be excited to go back to school in the fall.

Because there’s nothing like seeing that person who gets you more than anyone else on the planet.