The Many Faces of Postpartum Depression 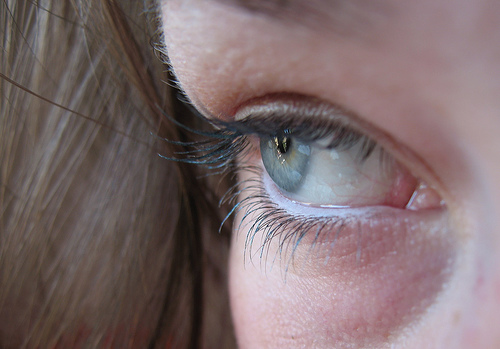 I heard a LOT about postpartum depression when I was pregnant for the first time. Women were finally opening up about their experiences, the media was talking about it, there were brochures and book chapters and checklists about the signs and symptoms. By the time I was discharged from the hospital, I was completely sick of the topic. Yes, yes. Depression, sleep problems, loss of appetite, fatigue, feelings of worthlessness, thoughts of suicide. Seek help. Speak up. Postpartum psychosis requires an immediate call to 911. Got it, check. As someone who had been through bouts of the regular old-fashioned kind of depression and YEARS of anxiety problems, I figured I would be more than capable of recognizing PPD if it were to happen to me.

And you know what? I didn’t have any of the symptoms the books and brochures talked about. I had the postpartum blues (or baby blues) for a week or so — lots of crying while I struggled to breastfeed, viewing everything that was “wrong” with Noah as some kind of colossal failure on my part — but once the hormones regulated all that went away and I was a confident, happy new mom who you would never, ever peg as having anything remotely close to PPD.

Except for, you know, the fact that I was terrified out of my gourd a good 75% of the time.

When Worry Becomes Something More

Sure, there’s always fear when you have a new baby — of course you’re going to fret about SIDS and milestones and sleep and worry about dropping the baby on the kitchen tile. That was actually the sort of stuff that rarely occurred to me to really worry about. Instead, I went out of my way to invent stuff to be afraid of.

I secretly, internally, obsessed about the future, imagining all kinds of awful worst-case scenarios. That Noah would get sick and die of cancer, or in a car accident. That he’d be kidnapped and hurt and molested and killed. Every sad news headline spawned an alternate reality where it was US, it was NOAH, it was my child, my loss, my tragedy. Now that I had a baby, I was acutely aware of just how much I had to lose, and it drove me a little crazy there, for awhile. I couldn’t think about how much I loved Noah without getting overwhelmed by how vulnerable my heart was now. I bit my nails and lost weight (“I’m just losing baby weight! That’s all!”) and read the newspaper to torture myself on purpose, thinking that I could force myself to grow a thicker skin. I only cried over superficial stuff like dropping Noah off at daycare or mean comments about me on the Internet, and never uttered a word to anyone about my intrusive dark thoughts and fears and fantasies. It got worse right around the end of my maternity leave and continued for a few months after that. At some point, and I really don’t remember when, it just…stopped.

Did I have a classic debilitating case of true PPD? No, I didn’t. More like a postpartum anxiety disorder — which, considering my long, storied history with anxiety and panic, I SHOULD HAVE RECOGNIZED. In fact, it never really occurred to me that something was ever wrong until after Ezra’s birth. Because I DIDN’T have any of those thoughts. I’ve had some anxiety issues related to Noah and his special needs, but it’s a concrete sort of worry. I don’t start shaking and gasping on the highway because I can’t stop visualizing a car smashing into the baby’s carseat, and THEN start worrying that I had somehow actually glimpsed the future or that my thoughts would actually will the accident into existence. Yeah. Nothing like last time.

Perhaps I missed it, but I really didn’t know just how many flavors of postpartum depression there are, and how many of them don’t actually manifest in a classic sort of depression, where you can’t get out of bed and fantasize about swallowing pills. For some women, it’s anxiety. Panic. Others get something more like obsessive-compulsive disorder, fretting about hand-washing and germs and toxins in foods and the environment. Some women describe an irrationally short fuse — anger and rage, usually directed at themselves for “failing,” but sometimes they lash out at their partners or strangers. Basically, if there’s a mental condition out there, it can take a special hellish form in the postpartum months.

So. Yeah. I should have spoken up last time. Maybe I needed medication, maybe I needed to talk to someone, maybe I just needed to let Jason know what was going on in my head so he could help me redirect and talk through my anxious energy. But I just honestly didn’t know that what was happening wasn’t NORMAL rookie-mom worry, that it was excessive and not something I should have been internalizing and keeping to myself. I was *okay* in the end, obviously — it ran its course and evened out eventually — but I think if more people had stressed to me that hey, postpartum depression is not always just depression, that it actually can manifest in a number of mood and anxiety disorders, that it’s (GASP OMG CONCEPT) different for different women, I would have been a bit more self-aware that I didn’t have to live like that. Postpartum depression — in all its faces and forms — is completely treatable AND curable. And it happens to the best of us, and the BEST OF MOTHERS. No shame.

If you’re concerned about yourself or someone you know, check out Postpartum Support International’s website or call their helpline (800-944-4PDD). Your OB or midwife or primary care doctor should also be able to help you — it’s just important to CALL SOMEONE. If you’re having serious problems and thoughts of harming yourself or others, call Hopeline at 800-SUICIDE — they can help you find specialized postpartum resources in your area.

If you landed here but are still pregnant, visit Amalah’s Pregnancy Calendar. You won’t regret it.