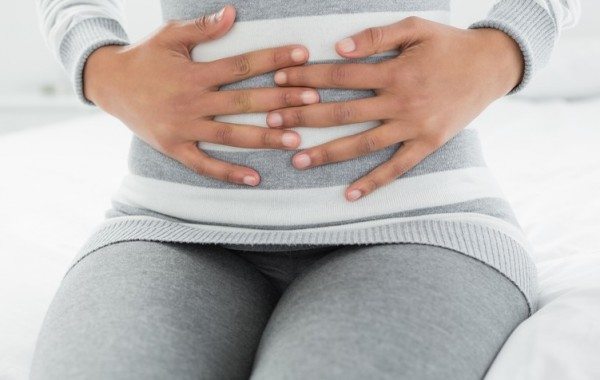 Sex After a C-Section: What’s “Normal?”

I hope you and the boys are well. My question today is regarding sex after c-sections.

I’m three months out from having an unplanned c-section. There were no complications. It took me about four weeks until I could stand for longer than it takes to shower, I bled for six weeks, and we didn’t have sex until after that. I still have patches of numb skin on my lower belly, but I don’t generally have pain.

Except for when we’ve had sex. For a few days after sex, I’ll have random stabbing pains on the right side of my incision (which was always the more painful side), occasional burning pains across it, stomach pains, and spotting.

Is this normal? Did you or others have bleeding like this? Is there an end date for this issue? The worry wart in me is afraid my uterus will burst open one of these days.

It’s hard enough to want to have sex right now; I’m feeling pretty resentful that I have to pay for it for days afterward.

So I will share some anecdotal experiences (three-time c-sectioner here, ahoy!), but I do need to insist quite heartily that you give your doctor a call as soon as your done reading this column. Please describe your symptoms in detail to him/her.

Your symptoms do not necessarily sound completely out of the realm of “normal” post-c-section symptoms, but they are still nothing I would personally go on ignoring without checking in with my doctor. Post-delivery bleeding (lochia) is a weird-ass thing: Despite the hospital discharge instructions that tell you to call your OB IMMEDIATELY if the bleeding stops and then starts up again, mine regularly did just that, for MONTHS. And my doctor was always like, “yeah, you’re fine, totes normal.” You may still be slowly shedding lochia and it’s understandable that sex might…speed that process up temporarily.

Your spotting could ALSO be a sign your body is starting to mayyyybe think about menstruating again. So when you do have sex, take precautions and DO NOT rely on breastfeeding as birth control. Assume you could be ovulating at any time. (This goes for ALL OF Y’ALL, by the way, spotting or not. Breastfeeding is terribly ineffective birth control so don’t get lazy out there, ladies.)

I also am familiar with the incision symptoms you describe — random stabby pain, general tenderness, one side being generally more painful/slower to heal than the other. I can’t really remember exactly how long they continued…12 weeks seems kinda long though? (Perhaps some commenters with sharper memories can chime in below.)

THAT SAID. This is not something you ignore. Your symptoms could very well be a sign of some low-level infection (not necessarily in the incision itself — regular bleeding after sex can mean inflammation or infection of your vagina, cervix, etc.), or your body has held on to a dissolvable stitch and it’s causing irritation. (Have you taken your temperature recently? Any fever?) No, your uterus is probably not going to spontaneously burst wide open at this point, but I think it would be smart to have your doctor check your incision and maybe do a few swabs to make sure you don’t need another round of antibiotics or something.

If your doctor thinks this is all normal and everything checks out infection-wise, I would then start focusing on sex, and vary up how you’re doing it. Waiting six weeks is the MINIMUM guideline, by the way — you don’t need to feel pressured to immediately dive back into regular vaginal sex right at that point, if you’re not ready.  Some women simply need more time to heal up down there and THAT’S OKAY. It sounds like you are healing on the “slower” side of things, given what you said about needing four full weeks of mostly rest before your could really even stand up. Also okay!!  Talk to your partner about how sex is making you feel. Maybe he needs to slow down and be gentler, maybe you need to try some different positions that allow your ab muscles to stay relaxed and not engage so much. Try taking a hot shower after sex to keep your muscles from spasming/tightening up. OR…just table vaginal sex for a few more weeks and do other things that are fun and intimate. (coughVIBRATORcough) Think back to the final weeks of pregnancy and how you two likely had to get creative to make things happen in the sex department — it’s the same deal now as your body heals.