Twitter Facebook Pin It Email Article
Prev It’s Not a Mood Swing: Depression During Pregnancy Next Dealing With a Know-it-All, Opinionated Mom Friend 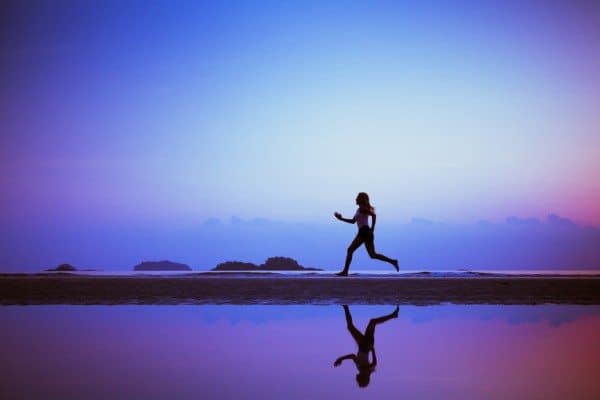 The Post-Pregnancy Body Changes That Nobody Talks About

Hi Amy – I have a two part question related to postpartum abs.

I am 99% sure I have diastasis recti (separation of the abdominal muscles) after having twins (who were 7.5lbs EACH at 37 weeks delivered vaginally) and being on bedrest for 5 months before and 2 months after. This was actually baby number 3 & (surprise) 4 and not one doctor ever mentioned this condition to me. I wonder if other women have the same problem and don’t know about it… My question is – there is conflicting advice about how to help correct it. I have been exercising for 3 months now doing pretty much everything you can traditionally think of (pilates, running, stairs, lifting weights, eating right, drinking water, etc.), lost all the baby weight and then some and am in the best shape of my life – but I still look about 3- 4 months pregnant! And we are talking 2nd baby 3-4 months! BUT a minor number of fitness instructions on the internet argue if you have diastasis recti and do traditional ab exercises (crunches) you actually make it worse because it causes the muscles to “bulge”. They employ the Tupler method and stress recovery of the transversus abdominis muscle (TVA) first. I have asked my OB/GYN, GP and a couple of different fitness instructors and they don’t know what the world I am talking about! Now, let me stress – I have realistic expectations here. I don’t expect to look like I did before ever being pregnant. But I sure as hell don’t want to be spending my precious time on exercises that make it worse! Is surgery the only thing that will correct diastasis recti?

Speaking of surgery – how can I tell if I have an umbilical hernia? My stomach is a mess of excess skin (that children’s book the saggy, baggy elephant comes to mind) and I just assumed that was it. But above my belly button there is a protrusion. It doesn’t hurt at all but…it’s odd. With all the pushing I did with the twins, could that have caused one? Because you mentioned those were kinda like sleeping giants that are going to wake eventually. And if it just excess skin – is the only way to correct that surgery? Yeah, everyone is different and give it time, etc., etc. But…really…what is the deal??? Twins is just an entirely different ball game compared to my two singles.

Thanks for any help you can send my way!

So I experienced diastasis recti right out of the gate, with pregnancy number one. Being a smallish person carrying a 9 pound, 15 ounce baby will apparently do that. It never corrected itself, but I at least didn’t notice it ever got worse after my subsequent pregnancies (with more reasonably sized 7 pounders).

I actually think the Wikipedia page on diastasis recti (I KNOW I KNOW) is pretty darn realistic, particularly the “treatment” part. There are a list of generally approved exercises that may or may not “fix” the problem, but are at least known not to make things worse. Incorrect exercises that involve pushing the muscles out (like crunches) have been found to make the problem worse in many women. That could just be anecdotal (since as you’ve learned, this just isn’t a problem that gets a lot of attention and grant money to study!), but I personally erred on the side of caution and chose other exercises after coming across that theory. Core strength exercises that focused on pulling my ab muscles in, mostly.  I HAD done a lot of crunches after baby number one because that’s what my OB/GYN suggested, so who knows. Maybe that’s why my separation remained so prominent.

When I consulted plastic surgeons, though, I learned that my diastasis recti was really pretty bad. Like over three solid inches of separation, so my “abs” were basically way over on my sides. I also had that lovely pouch of saggy, stretch-marked skin around my belly button. I’d lost weight and gotten in fairly good shape, and if anything my stomach looked WORSE, because without a little excess weight around my midsection it was so much more obvious that nothing was where it was supposed to be. So I don’t know. I honestly feel like I’d done everything I could and the choices were either to live with it, or fix it.

And I was okay living with it, except that after Ike was born my OB/GYN pressed on my belly button and told me I had an umbilical hernia. This is ALSO a super common thing that no one warns you about. They typically happen to women who have been pregnant a few times, or who have a multiple birth pregnancy. You’ve had four children via three pregnancies, so it’s entirely possible the protrusion you’re noticing is a hernia. Or not! Sometimes stuff just settles back weird in that area. The only way to know is to consult a doctor and have them feel around your belly button. (My hernia was not at all visible, but only noticeable if you pressed on it.)

My hernia became increasingly tender in the years after my third son, Ike’s birth — tender to the touch, but also bothersome when I bent over to pick something up, or had to carry anything heavy (like my toddler). This was evidence that the hernia was worsening, and after talking to my doctor and  reading up on the complications that could happen down the road (think emergency surgery to correct a puncture wound in your intestines!), I decided to get it fixed. Surgery is the only way to fix an adult umbilical hernia. Babies are born with them fairly often and those can heal without surgery, but for ones that develop later in life that doesn’t happen. Again, you need to talk to a doctor and have them assess your own personal risk and make their own recommendation.

So after three pregnancies, three c-sections, and now a need to go back under the knife for ANOTHER abdominal surgery, I made the call that I would get the tummy tuck at the same time. Goodbye extra skin, goodbye diastasis recti. It’s a big decision, a major surgery with significant recovery time, and (obviously) a big out-of-pocket expense. My insurance covered the hernia repair part, which lowered my personal costs (since the insurance pay out shoulders some of the anesthesia and OR fees), but it’s not something I would be all, “OH JUST DO IT YOU’LL BE SO HAPPY” to everybody struggling with diastasis recti and other post-pregnancy body changes. Personally, I am thrilled and entirely comfortable with my decision. Pregnancy — while wonderful and amazing and all that — broke a few things that I was unable to fix on my own. Plastic surgery is often reconstructive surgery, which is how I view mine.

Ladies out there — did your ab muscles separate? Did it ever improve on its own?  Have you been able to improve it with exercise? If so, what kind, how often, how long? If not, any other tips for minimizing the pooch or feeling better/stronger in general? Anything else that the miracle of life did to your stomach that you would like to rant about?