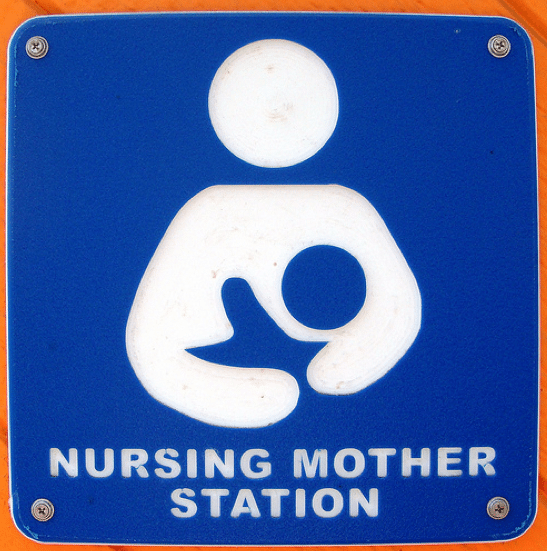 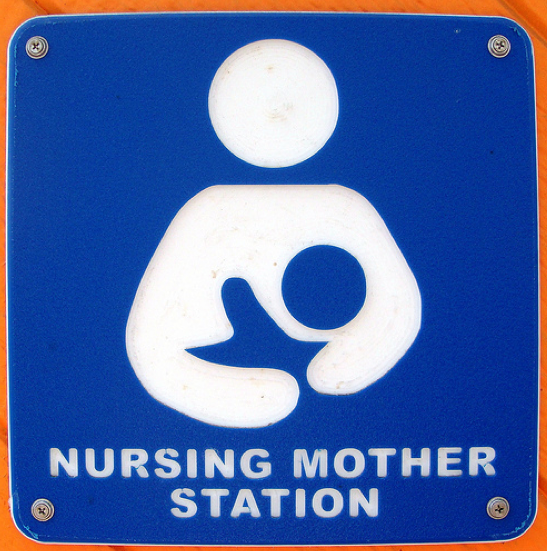 Here it is, 2am. My nipples are sore yet again from yet another feeding by my almost 5-week old son. I have a bad latch and I know it and have not been able to correct it in spite of every bit of advice that I can read, every lactation consultant I’ve talked to, every video or picture of what the correct way to do it shows me. I’ve resorted to simply being on ibuprofen most of the time and attempting to simply try to keep the damage from being on the tip of the nipple where it will be the worst and will hence crack, bleed and cause those black, tarry poops that are horrible and make me feel as though I’ve created a little unwilling vampire.

Here’s the horrible part: I had this 5-second window last week where he ‘accidentally’ latched correctly. He got so much milk that he panicked, choked and he broke the seal. The sensation was so foreign (of not being in pain) that I don’t have ANY CLUE how we achieved it and now that I’ve seen this glimpse of what could be, I am doubly frustrated that I can’t recreate it no matter what I try! So I’m spending a lot of time furious at the lactation consultants in the hospital both of whom I now realize were worthless, the other LC I paid $80 to learn a decent position but not how to get him to latch correctly and the class I’ve attended in which I’ve been told what a great job he’s doing and that I’ll just have to stay on ibuprofen until it feels better naturally. I am also furious with every document that says, ‘if you’re doing it right, it shouldn’t hurt!’ which now just seems like someone punching me OVER AND OVER since obviously I’m failing b/c it HURTS and I cannot get him, for the life of me, to open his mouth wider & for longer and I cannot seem to move my hand/arm any faster than I am to get him on quickly. And I’m furious at all those posters and videos showing women with perfect breasts and their perfect little latchers sucking so calmly away. I hate them, Amy. I’m not proud of it, but it’s true. And in my worst, worst, worst moments I am mad at my perfect little son who just wants to eat his fill. Hence, I am feeling like the Awful Mother of the Year on about every level there is.

And nowhere can I find someone who can tell me what to actually do to get him to transition from his old ways to what needs to be his new ways. The sad part is that he would be so happy to get more milk and not have to work so damn hard for it. He’s got the strongest little jaw in the world at this point since he’s pulling that milk out of me and he is doing what the pump couldn’t do (yes, it’s hospital-grade) which was to establish my supply and cause let-downs, etc. (we started exclusively breast-feeding which we’ve been doing for just over 2 weeks now.) He’s getting milk and gaining weight, but it’s just not any sort of good experience. I’m heartbroken. I so want to have this for him and for me. I so want to get there. I so want to not cry or cringe when I anticipate that he’s hungry. Since I’ve read everything else in the universe about this and all that I can find just says, “fix your latch” which makes me crazy with NO DUHness, I thought I’d try your faithful readership to find someone who might just have any useful help…any thoughts, Amy?

God. I’m so sorry. I’m just…SORRY. Because I know (and you probably know) that there’s nothing I can type that will FIX THIS FOR YOU. I mean, words on a computer screen are going to be infinitely less helpful than videos and posters and in-person demonstrations.

I had terrible, awful, no-good latchers both times, at first. The first few days and weeks of Noah’s life are a blur of inexplicable nursing strikes and bloody, scabbed nipples (crunchy burnt toast points, is how I believe I referred to them at the time) and thanks to Ezra’s tongue tie and my own how-to-breastfeed memory loss between babies, the first two weeks of his life weren’t much better. I needed a big-time refresher course on latching, and once I got that, it got better. Much better.

Latching a newborn on is not about the nipple. The nipple needs to pretty much bypass the tongue and cheeks altogether and get aimed straight down the back of their little throats. You’re really trying to get the entire areola into his mouth — put your thumb on the top of your boob, just parallel to the edge of the areola, with your index and middle finger on the bottom of your boob. Push down with your thumb until your nipple is basically pointing straight up at the ceiling. Once your baby opens his mouth — hold the back of his head, aim for just above his bottom lip and SHOVE AND MASH that boob in there, forcing his bottom jaw down with it — and the bottom of your areola should be what goes in first. Imagine the boob going in sideways, with the nipple pointed upward, essentially dragging across the roof of his mouth. Once you’ve mashed it good and in there, release your thumb so the nipple aims down his throat and his top lip completely covers the top of the areola. Ideally, you should see nothing but skin on the outside of his lips. This keeps him from sucking ON the delicate nipple and areola and allows him to get the deep sucking action and compression of your actual boob and milk ducts.

(And yeah, I totally had to sit here and mime that whole thing out while I typed it. My husband is all, “what in the world are you writing about now?”)

But…like I said. I am sure you KNOW ALL OF THIS. It’s been explained and demonstrated. So either it just hasn’t been explained in *quite the right way* with the right thumb/forefinger/nipple-to-the-ceiling technique adequately demonstrated…or there’s something else going on. A couple possible problems:

1) Tongue-tie. Have you ever seen your baby’s tongue extend past the edge of his lower lip, or does it seem like he actually can’t stick his tongue out? Does the tip of his tongue resemble the top of a heart shape, with a deep center “seam?” If you run your finger under his tongue, does the frenulum (little fleshy flap thing) seem to be extremely thick or tight or does it come right to the very tip? These are signs of a tongue-tie, which definitely impacts breastfeeding and latching and how much milk a baby can get and it DEFINITELY causes a LOT of pain for the mother, even a mother who is getting her baby to latch “correctly.” His tongue might just BE IN THE WAY, causing a shallow nipple-sucking latch. This is nothing that you are doing wrong. I really, REALLY hope one of these LCs you’ve seen has thought to check his tongue and rule this out, but when you’re talking about five weeks of bloody nipples and black tarry poops and LCs telling you that things are “great,” just pop some pain medication…well. I can’t say I’m overly impressed with the care you’ve received thus far.

2) A small mouth. You’re describing a problem that a lot of preemie moms encounter: a baby who just cannot latch deeply enough no matter what angle he’s at or how much boob/face mashing/squshing you do. Was your baby on the small side, by any chance? It could be that he’s just…still small, and needs to grow a bit more before he can take in enough of your nipple to bypass the parts that will cause you pain. As I am not a lactation consultant and haven’t seen your situation in person, I can’t in good conscience suggest a nursing aid like a nipple shield…but maybe you should talk to someone about whether that would be an appropriate stop-gap solution for you.

That said…six weeks was the turning point for me and Noah. Granted, we never had the breastfeeding relationship that *I* wanted — though I’ve since been able to let go of the guilt and fear that *I* was the failure, now that we realize he’s always had oral-motor issues and difficulties with his mouth muscles and tongue. But at six weeks I no longer feared that I would have to give up because of the pain and the frustration and the fear that he simply wasn’t getting enough. I have no idea what happened — he wasn’t tongue-tied and he CERTAINLY wasn’t small — but something finally, blissfully clicked for the two of us and the scabs healed for good at last. I no longer needed a complicated array of pillows and two or three latching attempts before I got it right. We reached the point where we could nurse lying down or while I talked on the phone and latching became less of a orchestrated dance of compressing my boob JUUUUUUST right to get the nipple all the way in and more of…just me offering it to him. He learned how to do it, and hopefully your son will too.

In the meantime, please: Oh My God, you are not a failure. No one is judging you, grading you. Even if you up and quit tomorrow I don’t think there are many people who could possibly accuse you of not trying hard enough. If anything, I want you to cut yourself some freaking slack here. Breastfeeding is a wonderful, amazing thing…but it’s not wonderful or amazing enough to be worth driving yourself to PPD over. You’re tired, you’re hurting, you’re frustrated, you’re throwing negative names at yourself and resenting your baby and about to punch out a poster at your OB/GYN’s office. It’s all understandable, but it’s not okay.

And I don’t mean “not okay” as in “UR DOIN IT WRONG”…I mean “not okay” as in you need to step back and take care of yourself. Exclusively breastfeeding is a totally admirable goal, but…if you find yourself sobbing at the computer at 2 am in pain and frustration, typing the words “Awful Mother of the Year” ever again…I’m gonna go ahead and suggest that you hand the baby off to your husband at 5 am for a bottle. Pump for a bit and go back to bed, take a bath, take a jog, take a trashy magazine and curl up with it off in a corner somewhere. Again, NO ONE IS GOING TO TAKE AWAY YOUR GOLD STAR if you give yourself a freaking break when it gets this bad.
Readers? Any suggestions? Stories from the “been there, done that” trenches? Perfectly-worded descriptions of proper latching technique?

Here are some articles we have written about breastfeeding.